Source: PTI
September 01, 2012 20:36 IST
Amidst the storm over CAG report on coal block allocation, the Prime Minister's Office has expressed displeasure over inaction by the Coal Ministry in cancelling blocks where mining has not taken place and asked it to expedite the matter by September 6.

The PMO communication to the Coal Ministry came ahead of the Inter-Ministerial Group Meeting on Monday to take a decision on the fate of 58 coal blocks including 25 blocks allocated to private companies like Tata Power, Reliance Power and ArcelorMittal.

Sources said that the PMO on August 27 conveyed to the coal ministry its concern over inaction with regard to de-allocation of blocks to which show-cause notices have been issued.

The government in April had began the process of slapping notices on companies that failed to develop the 58 coal blocks within the stipulated time. Apart from Tata Power, Reliance Power and ArcelorMittal, notices were issued to firms like Hindalco, Grasim Industries, GVK Power, MMTC and others.

Subsequently, in June, it had formed the IMG to review the progress of coal blocks allocated to companies for captive use. It is headed by Additional Secretary Coal Zohra Chatterji and has representatives of steel, power, law, economic affairs and mines ministries, among others .

Separately, the CBI is investigating criminality in 12 firms which were given licenses under the 'fast track' category but had not yet commenced mining of the allocated coal blocks.

The PMO asked IMG for carrying out due diligence and recording all specific reasons for recommending de-allocation of the blocks.

It also asked the panel to complete the "detailed" exercise latest by September 15.

The IMG is likely to decide the course of action to be taken against 33 blocks allocated to government firms and 25 given to the private companies on the basis on replies furnished by them in response to the show cause notices.

The show-cause notices to these firms were issued in April for failing to develop mines.

Government auditor CAG in its recent report tabled in Parliament stated that undue benefits to the tune of Rs 1.86 lakh crore were extended to private firms on account of allocation of 57 mines to them without auction.

The government in April had began the process of slapping notices on companies that failed to develop the 58 coal blocks within the stipulated time.

Of the total 195 coal blocks allocated to both public and private firms in over a decade, only 30 mines have begun production as per the government records.

The government, last year had cancelled the allocation of 14 coal mines and one lignite to companies including NTPC and DVC for failure to develop the blocks.

The government is also likely to kick off the auction process of 54 identified coal blocks having a reserve of about 18.22 billion tonnes next year.

Meanwhile, the CBI is focusing its probe on 12 firms -- nine in Chattisgarh and three in Jharkhand  -- which were given licenses under the 'fast track' category but had not yet commenced mining of the allocated coal blocks. 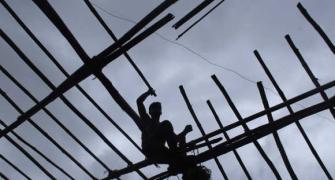