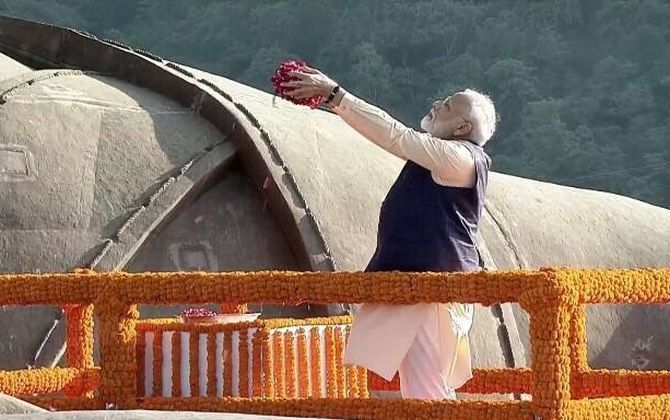 Attending a function at the Statue of Unity in Kevadiya on the occasion of Patel's 144th birth anniversary, Modi led the gathering in taking the 'national unity pledge'.

"The new system in Jammu and Kashmir and Ladakh is not meant to draw a line on the land (to draw a boundary) but to build a strong link of trust," the prime minister said, apparently referring to the bifurcation of the state into two Union Territories.

Inspired by Patel, his government is working for 'emotional, economic and constitutional integration' of the country, without which it would be difficult to imagine a powerful India in the 21st century, he said.

In a swipe at Pakistan, he said those 'who cannot win wars' against India are trying to destroy its unity.

"The country took the decision of abrogation of Article 370, which had only given separatism and terrorism to that state," Modi said.

"Over 40,000 people lost their lives in three decades of terrorism," he said, adding that it was Patel's inspiration which made him take the decision to abrogate Article 370, and he dedicates the decision 'at the feet of' the first home minister of the country. "Patel had once said that had he handled the Kashmir issue, it would not have taken so long to resolve it," Modi said, in a veiled swipe at Jawaharlal Nehru, the country's first prime minister whom the ruling Bharatiya Janata Party often blames for the Kashmir issue.

"North-East is now moving from separatism to attachment as decades-old problems are nearing resolution," Modi said, referring to his government's initiatives to bring peace to the insurgency-affected region.

Without naming Pakistan, Modi said that some elements are trying to destroy the unity in diversity of India by spreading separatism and terrorism, but even after 'trying for centuries, nobody could annihilate us or defeat us'.

"Unity in diversity is our pride and our identity, the world is surprised by our unity despite so much diversity," Modi said.

"When we respect traditions and beliefs of different sects and religions, love and attachment (among people) increase," the prime minister said.

When Patel embarked on the mission to merge over 500 princely states into India, 'feeling of unity' inspired many rulers to join the Indian union, he said.

"Centuries ago, India was united by Chanakya (the ancient philosopher who is said to be the adviser of emperor Chandragupta Maurya), and after that Sardar Patel did it," Modi said.

At the function on the occasion, the wife of Naseer Ahmed, a CRPF jawan who was killed in the February 2019 Pulwama terror attack, presented Modi with a replica of the National Police Memorial which commemorates over 34,000 state and central police personnel who died in the line of duty.

During the function, the prime minister offered floral tributes to the Statue of Unity, considered to be the world's tallest statue, as flower petals were showered on it from above by an Indian Air Force helicopter. 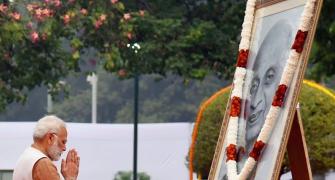 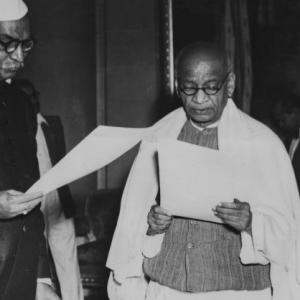 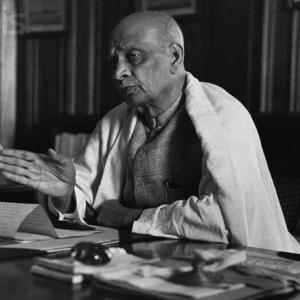