News
Business
Movies
Sports
Cricket
Get Ahead
Money Tips
Shopping
Sign in  |  Create a Rediffmail account
Rediff.com  » News » 'There would have been no India without Patel'

'Most Indians know very little about Patel which is a great shame.' Modi often reiterates that Sardar Patel was not given his due as the Congress kept 'glorifying only one family' after Independence, even as historians and the Opposition often highlight the fact that it was Patel who banned the Rashtriya Swayamsevak Sangh after Mahatma Gandhi's assassination and that he was always critical of Hindu nationalists.

Hindol Sengupta, whose book on Sardar Patel, The Man Who Saved India, was released recently, believes that "Patel needed a significant public tribute and this particular government has chosen to give it in the form of this statue."

"One party left the legacy of Patel in the dust, giving another party the chance to pick it up," Sengupta tells Rediff.com's Utkarsh Mishra.

You start your book by talking about the state of Sardar Patel's house in Nadiad. Do you think instead of spending so much on the Statue of Unity, the government should have uplifted the residence into a Teen Murti-like memorial?

This is like asking should the United States government have made a hospital in (Abraham) Lincoln's name instead of building the Lincoln Memorial.

There can be no real answer to this. The only relevant answer is that Patel needed a significant public tribute and this particular government has chosen to give it in the form of this statue.

Considering it took India till 1991 to give Patel a Bharat Ratna, which is quite shameful, a worthy tribute was long awaited.

It is often said -- and you also write in your book -- that people know a lot about Gandhi and Nehru, but not about Patel. But do they really know Gandhi and Nehru?
If they did, why is it so easy to malign these two men today? People believe just about anything said about them, especially about Nehru.
I remember a line by Aatish Taseer in a New York Ttimes article, 'Nehru is one of those people I thought I knew without ever feeling the need to read'.

We definitely know far more about Gandhi and Nehru than many other figures, especially Patel.

This is why I wrote The Man Who Saved India because so little is known about Patel.

Overall, Indians lack historical knowledge about their own country -- one of the biggest missing links is historical figures of the national movement beyond Gandhi and Nehru, and, of course, ancient India, about which most people know nothing.

The prime minister, in his speeches, says leaders like Sardar Patel and Subhas Chandra Bose were 'forgotten' to 'glorify one family'.
Would it be proper to say that they were 'forgotten'?
Yes, they don't have as many schemes named after them as individuals from 'the family' have, but in the past decade or so, I think the personality most remembered or celebrated is Dr B R Ambedkar.

Statistically it would not be true that the number of schemes is the same or around the same. So especially for Patel, most Indians know very little about him, which is a great shame because there would have been no India without Patel.

Ambedkar has a political constituency and therefore he has been discussed a little more.

But even with Ambedkar, most Indians would not be able to really give much details about his life and work apart from writing the Constitution.

Like 'Gandhian' and 'Nehruvian' have their specific meanings, what do you mean when you say 'Patelian'? Can this government be called a 'Patelian' government, considering its economic, foreign and security policies?

Considering the word Patelian only appeared with the publication of The Man Who Saved India, it is too early to decide which government is Patelian.

But a Patelian idea of India is quite simple -- it is a small but strong State with a focus on a market-driven economy and a strong focus on national security.

While Patel is largely known as a leader of farmers, you demonstrate in your book how he was also a friend of industry. What economic path would India have taken had Patel been the first prime minister? Could it have been very different from Nehruvian socialism?

There is no doubt that Patel preferred the markets and not socialism. He spoke quite openly against socialism.

He did not want excessive government ownership of enterprise.

The RSS never tried to appropriate Patel the way the current dispensation is doing.
How do you see the attempts of the Modi government pitching leaders like Patel and Bose -- who were as much against Hindu nationalists or Hindu Rashtra -- against Nehru?
You have said in your book that glorification of Patel should not be seen as vilification of Nehru. But that's exactly what this government is doing, isn't it?

I cannot comment on any government. But I shall only say that one party left the legacy of Patel in the dust and therefore giving another party the chance to pick it up.

Now whether and to what extent each of them has done justice to Patel's legacy is still to be decided. Time will tell.

Given his militant nationalism and popularity among the youth, including the armed revolutionaries, as you also have noted, Nehru should be the first favourite of the 'nationalists' today. But he is not.
Is it only because his descendants ruled almost all along and still head the principal Opposition party?
If Patel's children or grandchildren were in the same place, then the Hindu right today would be vilifying Patel instead of Nehru. Do you agree?

I don't understand the reference to 'militant nationalism' as far as Nehru is concerned.

Nehru had some support in the Left wing of the Congress. But only Subhas (Chandra) Bose was the major Congress leader who can be described as having taken a turn towards militant or radical nationalism.

Nehru, Patel... they all continued to support Gandhian non-violence overarchingly. The rest of the question is contrarian history and no serious writer of history can answer questions on the basis of imaginary scenarios.

History is the study, remember, of what has already happened, preferably long ago. Not what we imagine could have happened.

Swept away by the 'Hindu vote tsunami' in 2014, the Congress is now making all efforts not to appear 'anti-Hindu'. Party president Rahul Gandhi is on an overdrive to visit temples.
In this respect, can the legacy of leaders like Patel, C Rajagopalachari or K M Munshi help the Congress?
These leaders never shied away from being identified as practising Hindus.
They were confident of their religion and it is because of this confidence that the Hindutva brigade could never succeed in branding them 'anti-Hindu' as it can do with today's Congress.

I can't comment on today's politics -- please remember no serious writer of history makes broad and generalised connections between history and contemporary news headlines -- but there is no doubt that Patel was not shy of his Hindu identity.

After all, it was he who pushed for the rebuilding of the Somnath temple, a task completed after his death by K M Munshi.

You have given a detailed account of Hindu-Muslim conflict in India, leading finally to Partition. But Patel was among the first leaders of the Congress to accept Partition.
Why does the blame then single-handedly fall on Nehru? Is this a side effect of being more popular?

Not sure who is 'single-handedly blaming Nehru' for Partition. Certainly not me.

As I show in my book, Partition is the result of a complex set of issues and certainly the roots of the two-nation theory needs to be taken into account to understand this.

Patel was not 'among the first leaders of the Congress' to accept Partition. In fact, he did all he could to stop it.

He was just wise enough to see before many others that the situation might take a turn for the worse which might force the hand of the Congress. Which is what happened.

The incidents of 1946 when Nehru became Congress president are presented differently at different places.
Mr Modi told Parliament that '15 of 16 Provincial Congress Committees voted for Patel but Nehru was elected'. You have extensively quoted Durga Das's book while narrating those incidents in your book and Das clearly writes that J B Kriplani 'lobbied to get Nehru elected by the CWC'.
Maulana Azad also writes in India Wins Freedom that Nehru was elected 'unanimously'.
What exactly happened? And should Nehru or Gandhi be 'blamed' for it?

There is little doubt that there was overwhelming support from the provincial Congress committees for the candidature of Patel and when Gandhi put this question to Nehru, he remained silent, suggesting that this would not be acceptable to him.

Therefore, Gandhi turned to Patel, and as always Patel sacrificed.

This is what happened and relations between Nehru and Patel never really reached a complete peaceful stage from that point onwards.

Patel may have not held this against Gandhi, but he certainly took a more independent stance from this point on. 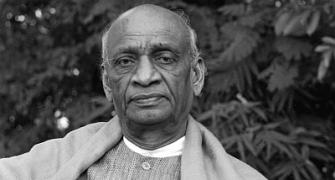 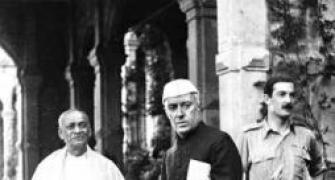 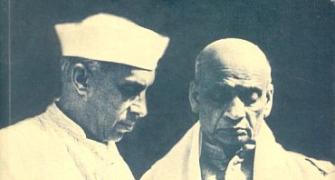 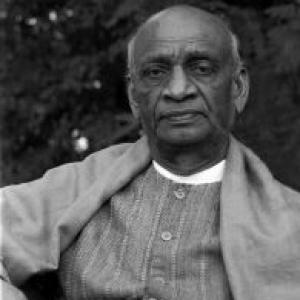