Plea against Sanskrit prayers in KVs referred to Constitution Bench

The Supreme Court on Monday referred to a Constitution Bench the question whether compulsory recitation of morning prayers in Sanskrit by students of Kendriya Vidyalayas, irrespective of faith and beliefs, violates their fundamental right. A bench of Justices R F Nariman and Vineet Saran said the question would be examined by a Constitution Bench and referred the matter to Chief Justice of India for listing it before a larger bench.

“We think this is an issue of importance and a Constitution Bench should examine it,” the bench said. The apex court was hearing a petition filed by Jabalpur-based advocate Veenayak Shah who has challenged the compulsory recitation of morning prayers in Sanskrit by students of KVs across the country.

During the hearing, Solicitor General Tushar Mehta, appearing for the Centre, said that meaning of Sanskrit ‘shlokas’ is a universal truth and merely because it is written in Sanskrit, it does not make it communal.

To this, Justice Nariman said that the Sanskrit ‘shlokas’ referred to were taken from the Upanishads.

Mehta said that emblem in every courtroom of the Supreme Court has written “Yato Dharma Stato Jaya” which has been taken from the Mahabharata.

“This does not mean that the Supreme Court is religious”, he said.

The bench then said that let the issue be examined by a larger bench.

Besides Shah, a Muslim body, Jamiat Ulama-i-Hind, has also challenged in the apex court the Revised Education Code for KV Sangathan with regard to compulsory recitation of common prayer.

“The prayer is being enforced throughout the country in all Kendra Vidyalayas. As a result, parents and children of the minority communities as well as atheist and others who do not agree with this system of prayer such as agnostics, sceptics, rationalists and others would find the imposition of this prayer constitutionally impermissible,” Shah said in his petition.

His counsel sought direction from the court to forthwith discontinue any form of prayers from morning assembly or otherwise in KV Sangathans and to promote scientific learning among the students.

Meanwhile, Jamiat Ulama-i-Hind has said in its plea that the matter involves a question whether the prescribed common prayer stipulated the Revised Education Code for KV Sangathans is in consonance with the personal laws of the minority communities including the Muslim community.

The petition, filed through advocate Ejaz Maqbool, said that the common prayer prescribed in the Revised Education Code for KVs is inspired from Hinduism and added that even though such a prayer is not in consonance with many other faiths, all the students irrespective of their faiths and beliefs have to compulsorily recite.

“The said code by mandating recitation of a common prayer which was based on a particular religion is clearly violative of the Article 25 of the Constitution,” said the plea of the Muslim body while seeking to be implead it as a party in the case.

The Kendriya Vidyalayas are a system of central government schools in India which were instituted under the aegis of the ministry of human resource development.

The network expands to about 1,125 schools, ensuring a uniform curriculum and syllabus all over India, thus making it one of world’s largest chain of schools. These schools have been operational for over 50 years now.

On January 10 last year, the apex court had sought response from the Centre on the plea filed by Shah.

The plea has contended that the morning assembly prayer was being enforced throughout the country in all the KVs, which are also known as Central Schools.

It said that the practise of prayer created obstacles in developing scientific temperament among students as the whole idea of God and religious faith is given immense priority and instilled as a thought-process among the students.

“Students as a result learn to develop an inclination towards seeking refuge from the almighty instead of developing a practical outcome towards the obstacles and hurdles faced in everyday life, and the spirit of enquiry and reform seems to be lost somewhere,” the plea said.

The petition also said that since the prayer is being enforced, the parents and children of the minority communities as well as atheists and others find the imposition constitutionally impermissible.

Shah in his plea also submitted before the court that the common prayer is a “religious instruction” within the meaning of Article 28 of the Constitution and should therefore be prohibited.

Article 28(1) of the Constitution says that no religious instruction should be provided in any educational institution wholly maintained out of state funds.

“A perusal of the prayer shows that it is based on Hindu religion and it is very different both in substance and form from the prayers of the other religious/non-religious orientations mentioned above.

“The issue that arises therefore is whether the state may impose the above mentioned “common prayer” on students and teachers throughout the country,” the plea said. 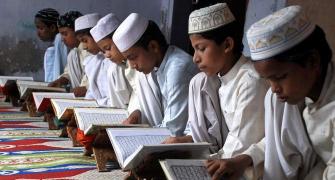 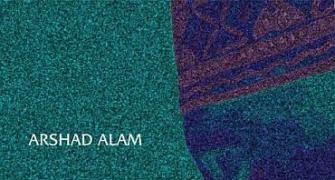 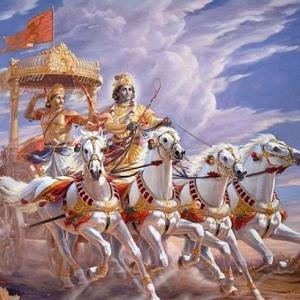