A 10-year-old girl was killed and two others were injured after a five-storey residential building collapsed in Mumbai's suburban area of Khar on Tuesday afternoon, a fire brigade official said. Nearly two dozen residents of the ill-fated structure were rescued, he said.

The incident took place around 2.20 pm when a part of Bohala Apartment, a residential complex near Khar Gymkhana, caved in, the official said.

"Mahi Motwani, 10, lost her life in the incident. We rescued 21 people using a fire ladder. Two people were injured and taken to Bhabha Hospital. One of them has been discharged," the official informed. He added that the entire building has been vacated as a precautionary measure. 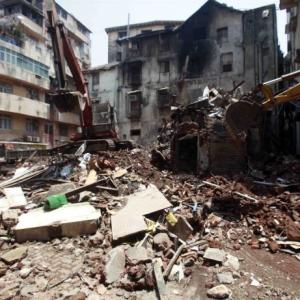