The United Nations headquarters in New York was lit up with the word 'Yoga' in commemoration of the third International Day of Yoga. 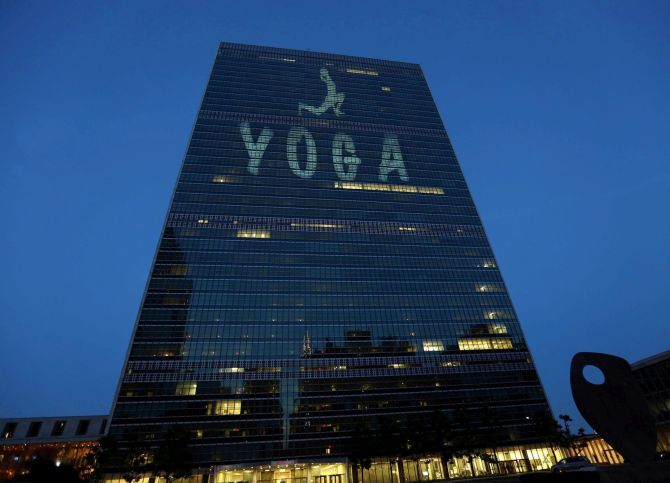 "Yoga lights up @UN...Here's a sneak peek of the iconic UN Headquarters building being lit up like never before for International Day of Yoga," India's Permanent Representative to the UN Ambassador Syed Akbaruddin tweeted.

It is the second year in a row that the UN headquarters have been specially illuminated on the occasion of International Yoga Day.

Several events have been planned by India’s Permanent Mission to the UN as well as the Indian Consulate here to mark the day.

The Consulate will hold its flagship Yoga event 'Recharge at Battery Park' in the city today during which several Yoga sessions will be conducted by leading practitioners.

The Permanent Mission of India will organise a 'Yoga Session with Yoga Masters' at the world body’s headquarters on June 20 that will be led by Swami Chidanand Saraswati and Sadhvi Bhagawati Saraswati of Parmarth Niketan Ashram, India and Swami Sivadasananda of Sivananda Yoga Retreat, Austria. 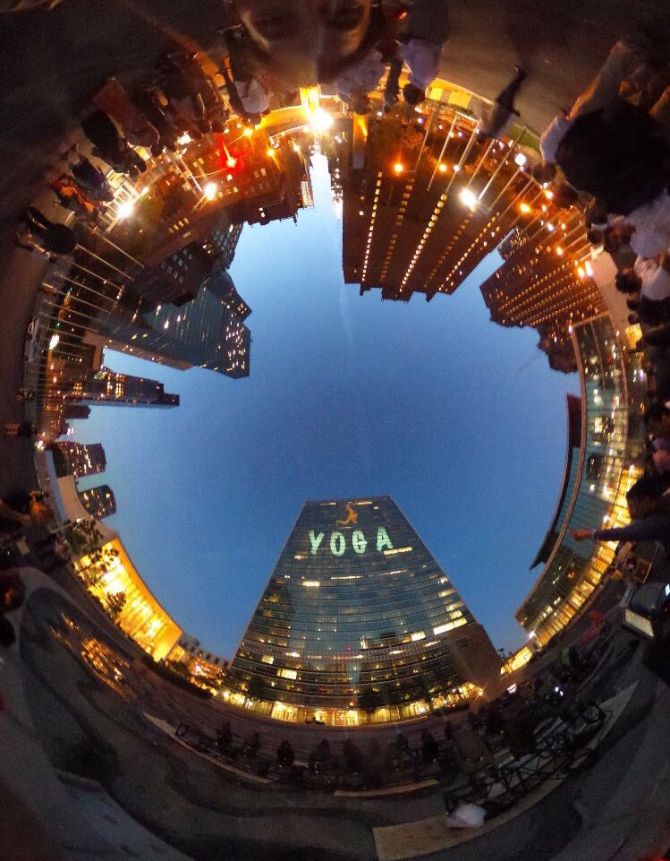 Chef de Cabinet of the UN Secretary general Maria Luiza Ribeiro and President of the General Assembly Ambassador Peter Thomson are special guests on the occasion.

On June 21, the mission will organise 'Conversation on Yoga for Health' at the UN in association with Department of Public Information and World Health Organisation.

This year, the United Nations will also issue special stamps commemorating Yoga Day. The UN postal agency, UN Postal Administration will issue the new special event sheet to commemorate the day that has been marked annually since 2015.

The special sheet consists of stamps with images of the sacred Indian sound 'Om' and various yogic asanas. 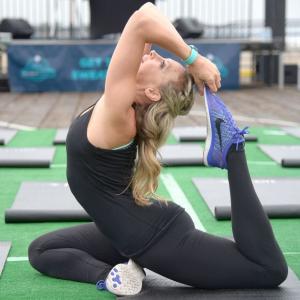 Know everything about International Yoga Day? Take our quiz 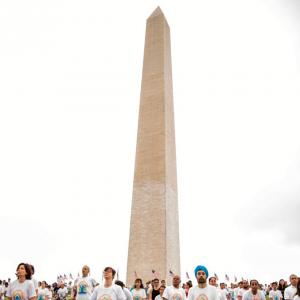 PHOTOS: Hundreds gather in US to mark International Yoga Day