The death toll in China's novel coronavirus outbreak has climbed to 213 with the number of confirmed cases totalling to 9,692, China's national authorities announced on Friday. 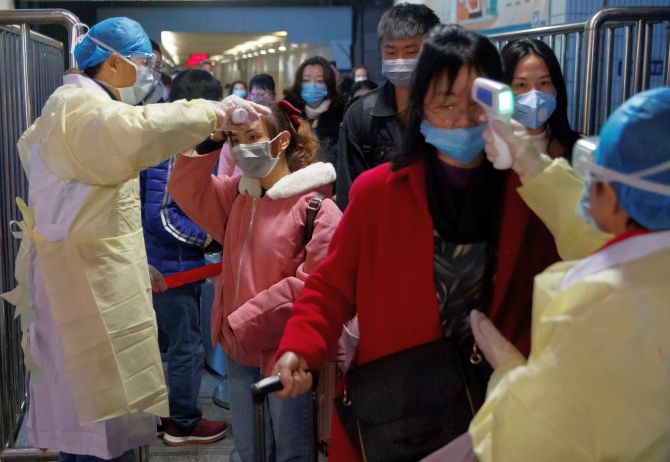 IMAGE: Medical workers take the temperature of passengers after they got off the train in Jiujiang, Jiangxi province, China. Photograph: Thomas Peter/Reuters

A total of 213 people have died of the disease as of Thursday, state-run Xinhua news agency reported.

Chinese health authorities announced that 9,692 confirmed cases of pneumonia caused by the novel coronavirus had been reported in 31 provincial-level regions and the Xinjiang Production and Construction Corps by the end of Thursday.

About 20 countries, including India, have reported confirmed cases of the virus in travellers coming from China.

China said it has full confidence and capability to win the fight against the epidemic.

The WHO has declared the novel coronavirus outbreak a global health emergency.

The UN health agency on Friday declared an international emergency over the deadly novel coronavirus from China -- a rarely used designation that could lead to improved international co-ordination in tackling the disease.

"Our greatest concern is the potential for the virus to spread to countries with weaker health systems," World Health Organization chief Tedros Adhanom Ghebreyesus said as he announced the virus as a Public Health Emergency of International Concern.

Reacting to the announcement, Chinese foreign ministry spokesperson Hua Chunying in a press statement said, "Since the outbreak of the novel coronavirus epidemic, the Chinese government has been taking the most comprehensive and rigorous prevention and control measures with a high sense of responsibility for people's health." 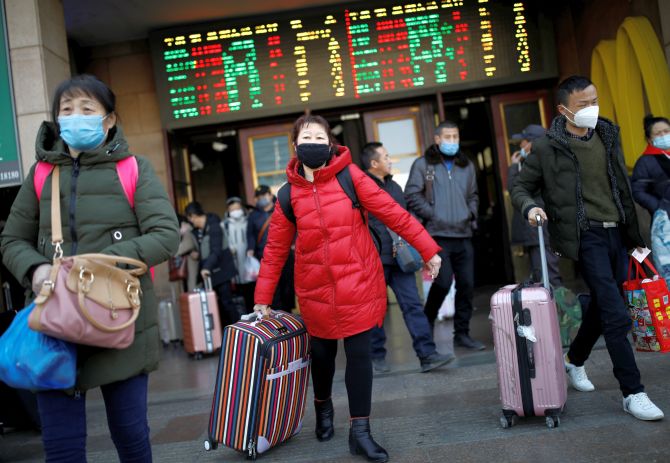 IMAGE: People wearing face masks carry their luggage as they walk outside Beijing Railway Station as the country is hit by an outbreak of the new coronavirus. Photograph: Carlos Garcia Rawlins/Reuters

Many of these measures go well beyond the requirements of the International Health Regulations, she said.

"We have full confidence and capability to win this fight against the epidemic," said the spokesperson.

She said that at the same time, the Chinese side informed relevant sides and shared the genome sequence of the coronavirus in a timely manner with openness, transparency and a responsible attitude.

"WHO and many countries have recognised and commended this," she said.

Hua said China has been in close communication and cooperation with WHO.

"WHO experts recently conducted a field trip to Wuhan. Director-General Tedros Adhanom Ghebreyesus also visited China and discussed containment and mitigation of the 2019-nCoV with the Chinese side," she said.

Noting that Tedros commended China's efforts and spoke highly of China's great contribution to the world by fighting against the novel coronavirus, Hua said the country will continue working with WHO and other countries to safeguard regional and global public health security, Xinhua quoted her statement. 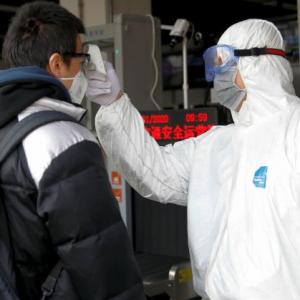