A casual clearance sale purchase yielded a cache of remarkable photos never publicly seen before, all depicting the clean up operation in New York following the September 11, 2001 terrorist attack.

The images, taken from overhead and on the ground, show workers and heavy machinery moving rubble from the base of the World Trade Center in the days and weeks following 9/11.

The photographer is believed to be a man who was one of many tasked with cleaning up the site.

Jason Scott, an American archivist and historian, said on Twitter he was given a cache of about 2,400 photos found on rotting CDRs. He then made them public on photo-sharing site Flickr.

Friday marks 19 years of the 9/11 terror attacks in America. The image of two passenger planes flying into the twin towers of the World Trade Center is permanently etched inpublic memory. 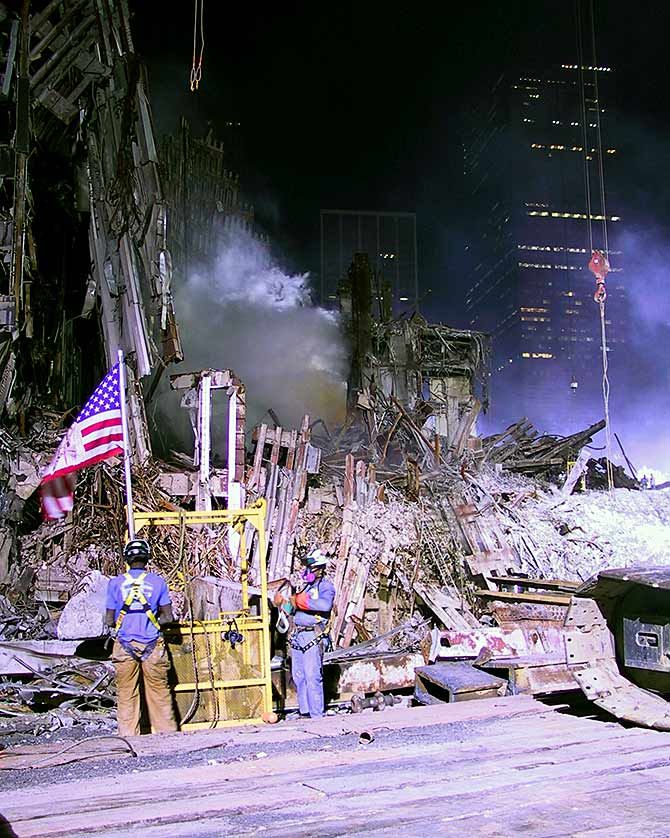 The smouldering ruins of Ground Zero. The photos were taken from inside buildings, elevated above the debris. Others were taken from ground level in areas being cleared. They're all from various viewpoints and offer an extensive, comprehensive look at what Ground Zero was like for the men and women who had the unenviable task of cleaning it up. 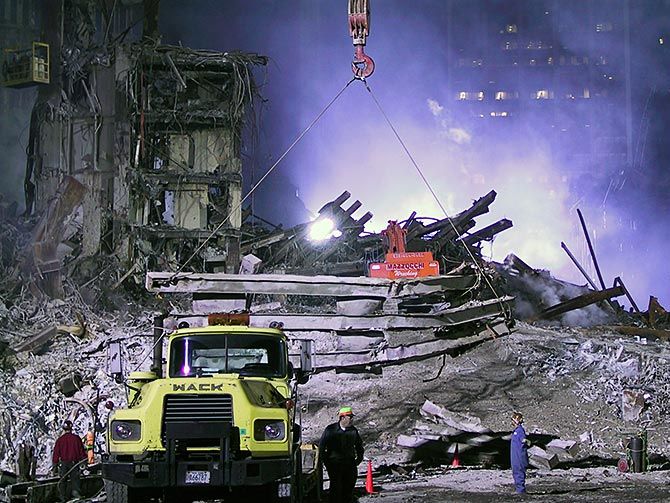 Taken from above and on the ground, the cache of pictures in large show workers and heavy machinery submerged in a deep and ominous chasm of scorched iron. 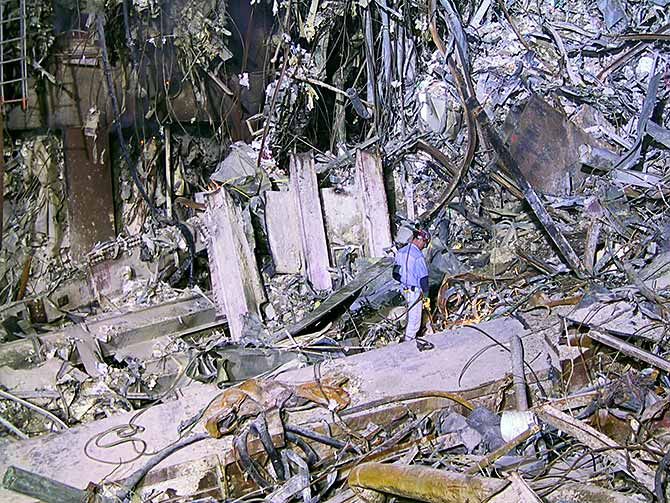 Workers stand surrounded by metal and once what used to be office floors -- brimmed and bustling with people. 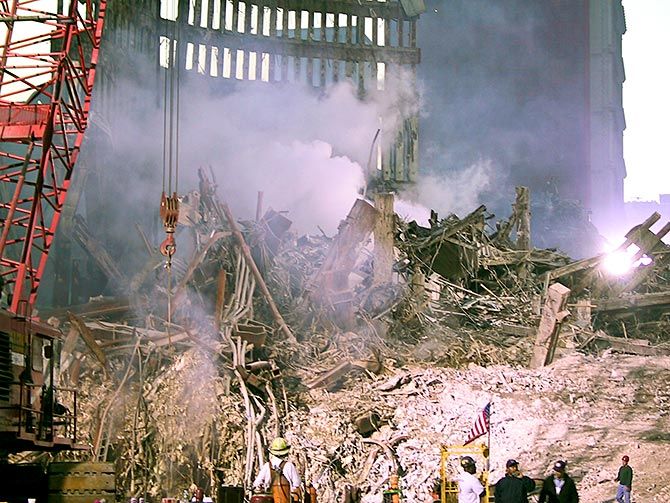 The images were captured on a Canon Powershot G1 by a currently unidentified member of the World Trade Center clean-up crew who has since died. 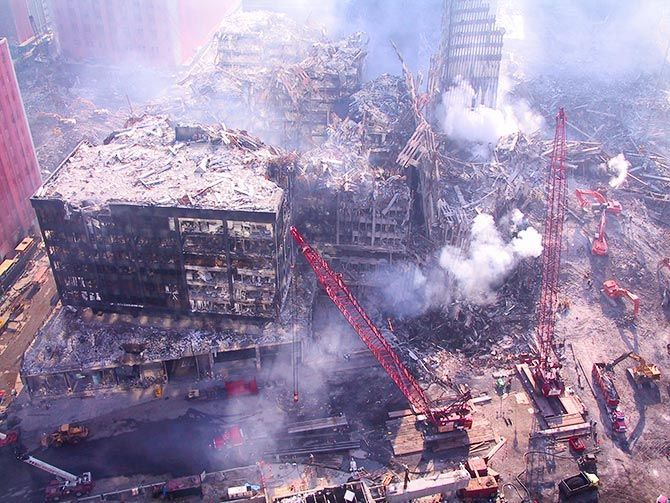 This image gives a clear picture of the devastation of the terror attack. 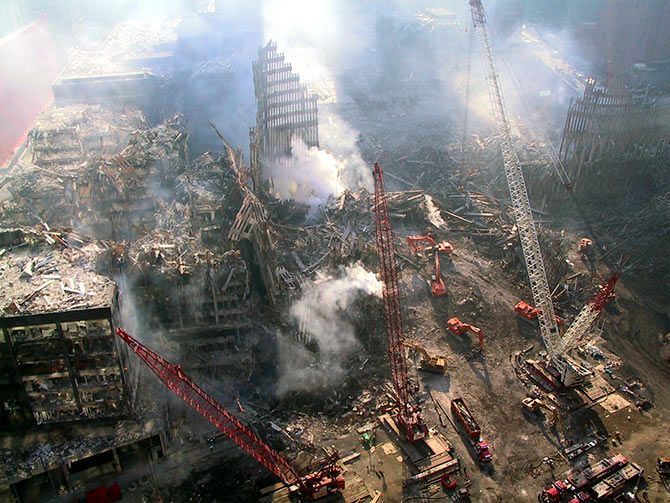 The cleanup at Ground Zero left many workers sick and dying. More than 2,000 deaths have been attributed to 9/11-related diseases and illnesses. 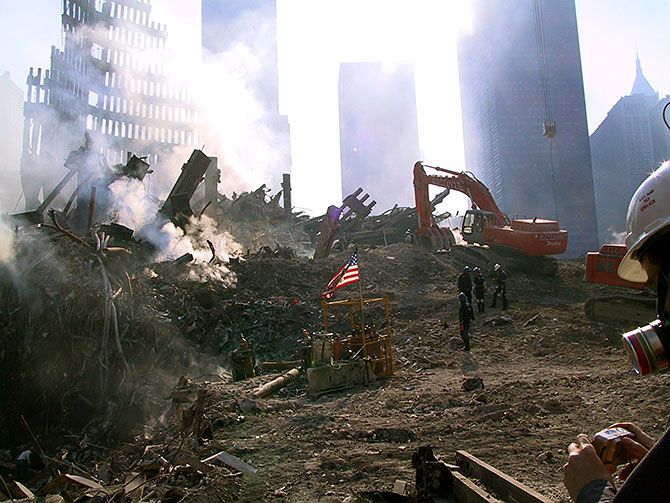 Plumes of  smoke arise from the debris of the World Trade Centre. 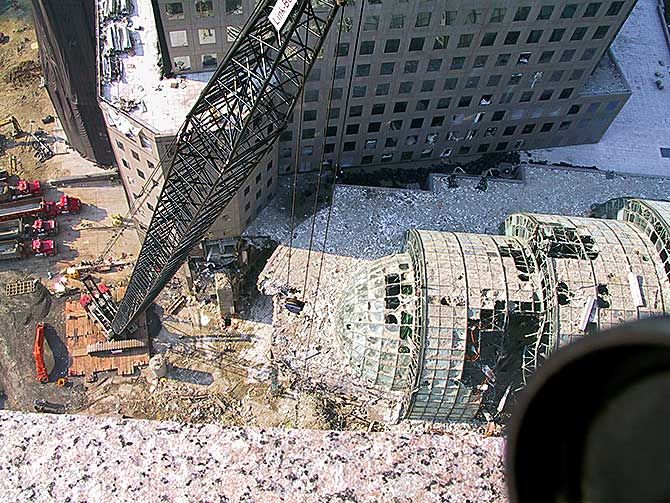 Many of the photos document a desolate and apocalyptic view from overheard, showing once renowned tourist hot-spots, such as the Winter Garden Atrium (as shown), beaten, dust-clad and lifeless. 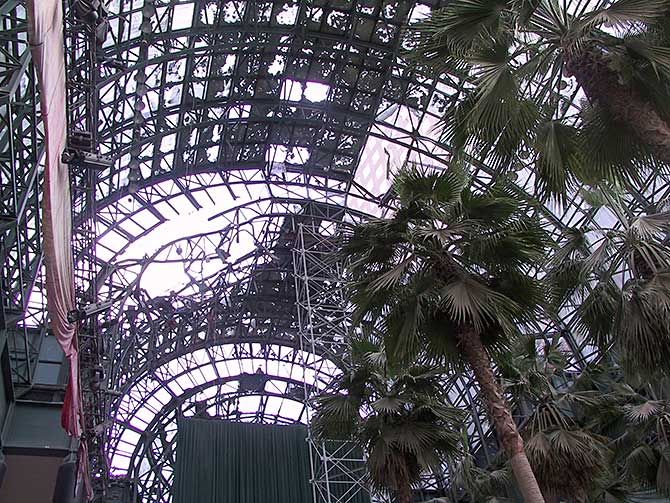 The garden's once gleaming 10-storey glass structure was bent and shattered by falling debris from the towers. The Winter Garden Atrium used to connect to the WorldTradeCenter via a 400ft pedestrian bridge. 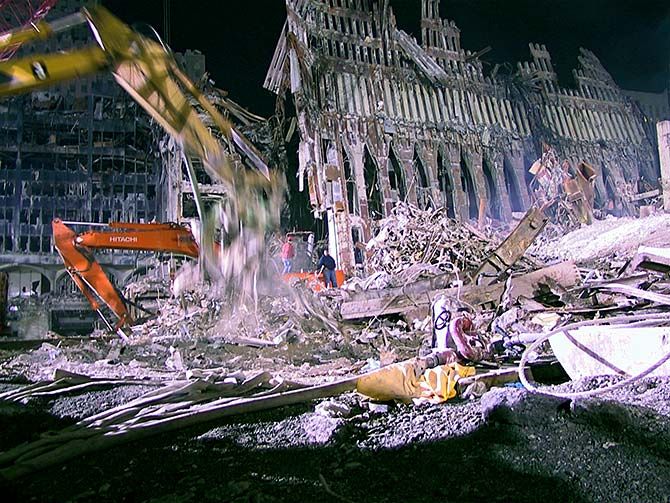 By the time the 9/11 clear-up officially ended in May 2002, workers had moved more than 1.8 million tonnes of debris. 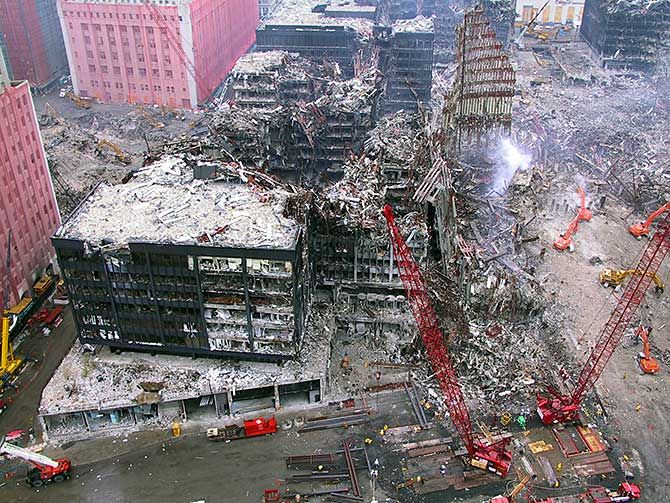 The September 11 attacks claimed the lives of nearly 3,000 people, after four hijacked commercial airliners flew into the North and SouthWorldTradeCenter towers, the Pentagon and a Pennsylvania field. 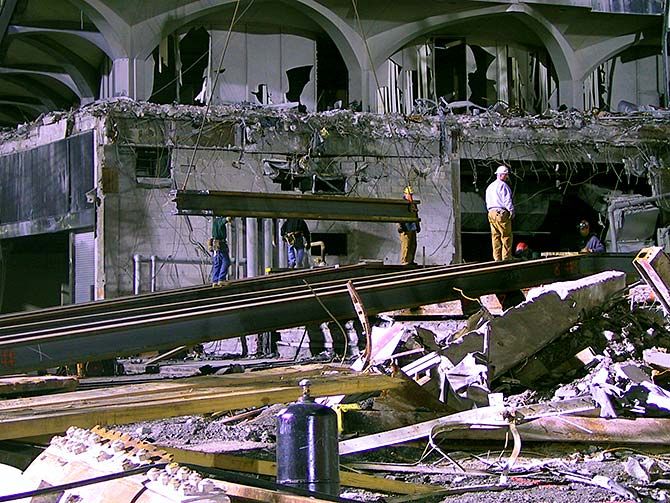 Dr Johnathan Burgess, whose partner discovered the photos at the sale said sharing the photos was 'about doing what's right for humanity' and suggested that people who are moved by them should consider donating to a worthy cause of their choice. 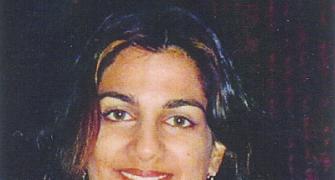 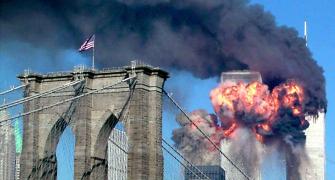 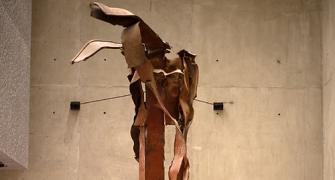 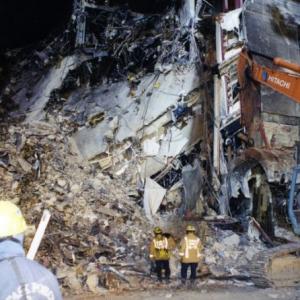 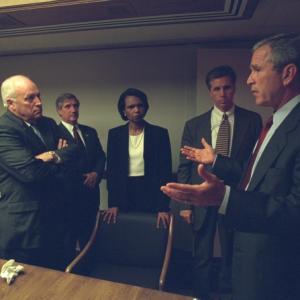