News
Business
Movies
Sports
Cricket
Get Ahead
Money Tips
Shopping
Sign in  |  Create a Rediffmail account
Rediff.com  » News » 10 PHOTOS of 9/11 that no American will ever forget

The attacks of September 11, 2001, were carried out in broad daylight, under a clear blue early autumn sky.

For those who lived through it, 9/11 is etched in memory.

But it also will live forever in the incredible images that were generated.

Here are a few of the photos that best tell the story of that terrible day. 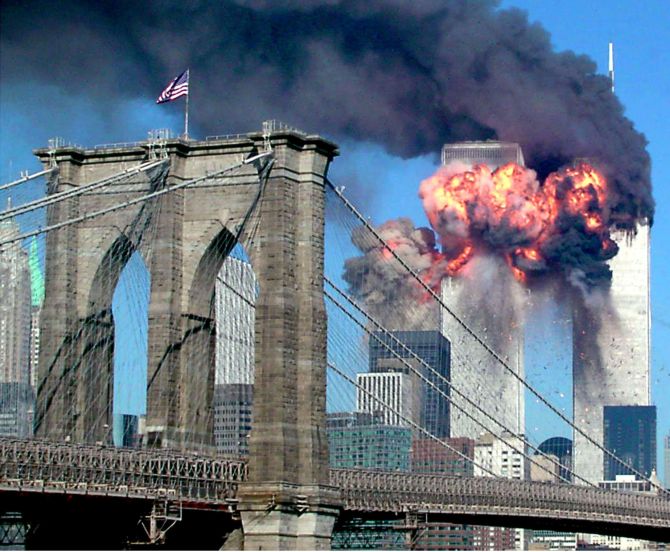 Up in flames! The second tower of the World Trade Center bursts into flames after being hit by a hijacked airplane in New York. Photograph: Sara K. Schwittek/Reuters 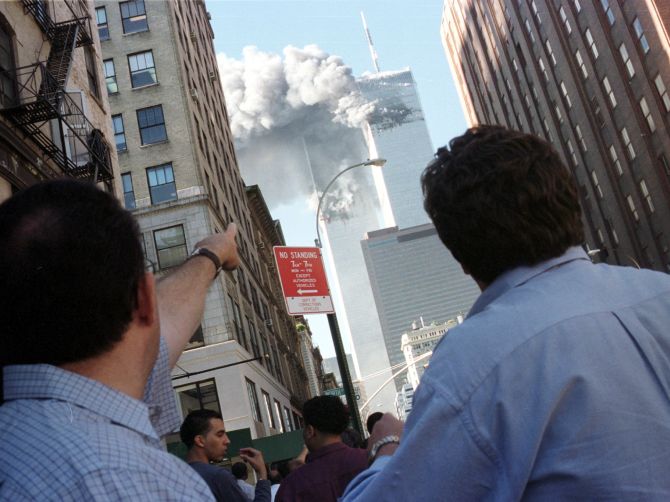 Run for cover: Pedestrians react to the World Trade Center collapse after two planes flew into the building on September 11. Photograph: Stringer/Reuters 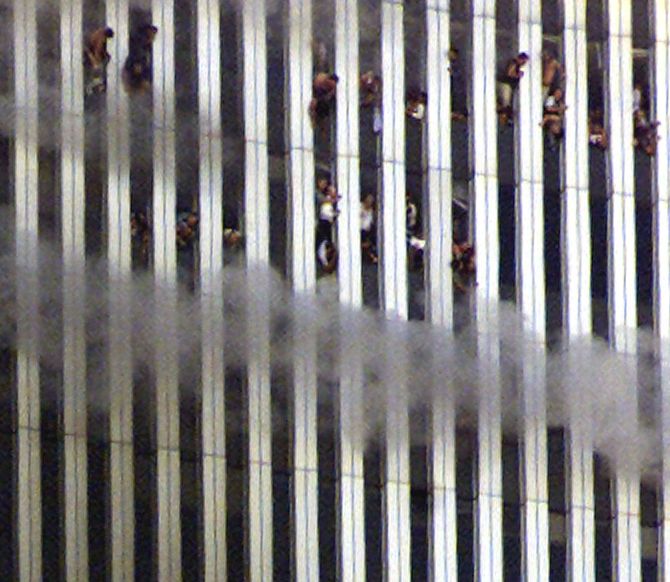 Nowhere to go: One of the most horrific and enduring 9/11 images was the people trapped in the upper levels of the twin towers. Many jumped. Some held hands while they did so. At least two hundred people are believed to have taken the fateful plunge. Photograph: Jeff Christensen/Reuters 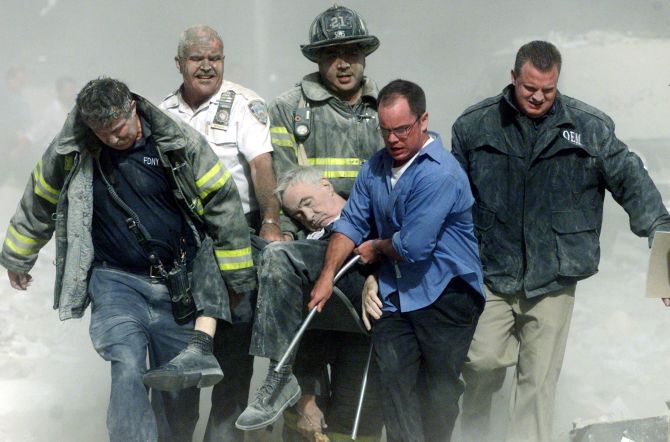 Tragedy was everywhere: The New York City Fire Department lost its chaplain, Revered Mychal Judge, who was killed by falling rubble while giving last rites to a victim of the attack. Photograph: Shannon Stapleton/Files/Reuters 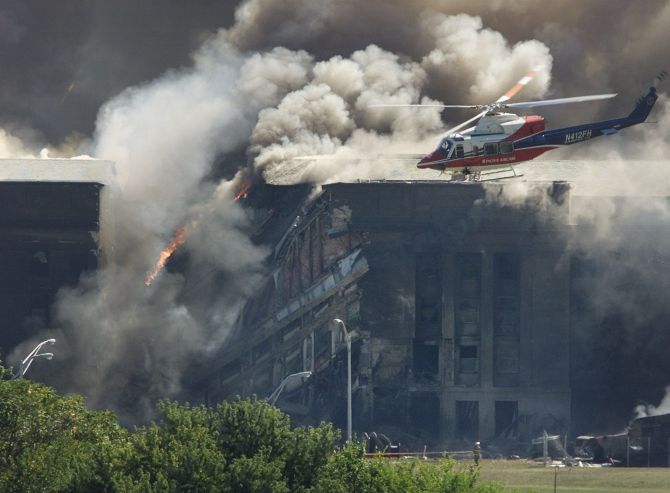 Crash and burn: The attacks weren’t limited to New York. The Pentagon also took a hit. Around 120 people were killed. Photograph: Larry Downing/Files/Reuters 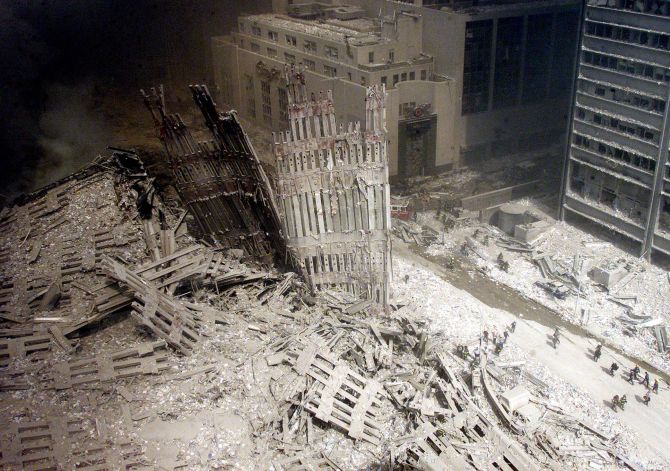 Finding loved ones: After the collapse, firefighters continued to search for survivors and bodies amidst the rubble. Photograph: Peter Morgan/Reuters 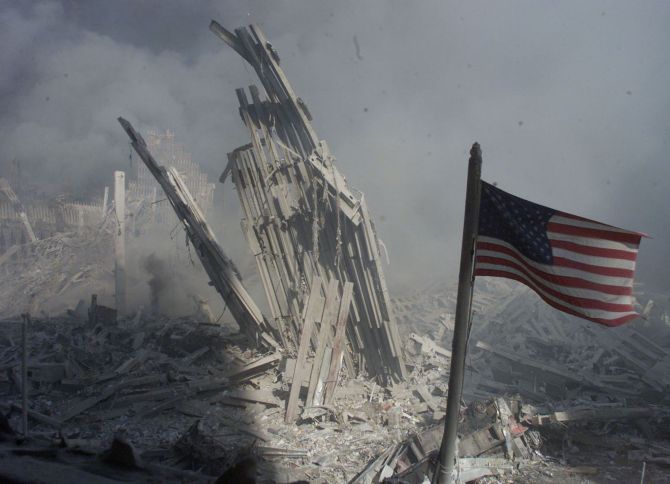 Standing alone: While everything around it was flattened, this American flag continued to flutter in the wind after the destruction and the way US saw terrorism. Photograph: Peter Morgan-Files/Reuters 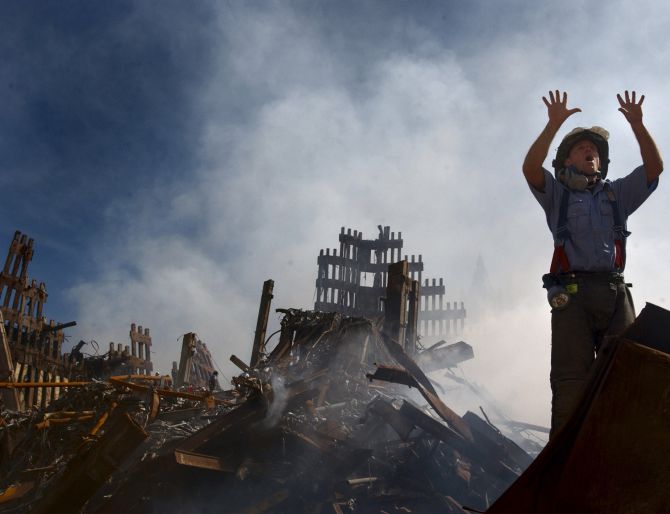 Need help: The destruction was too much for the firefighters. Strong men were reduced to tears and a feeling of helplessness engulfed America. Photograph: US Navy Photo by Journalist 1st Class Preston Keres/Reuters 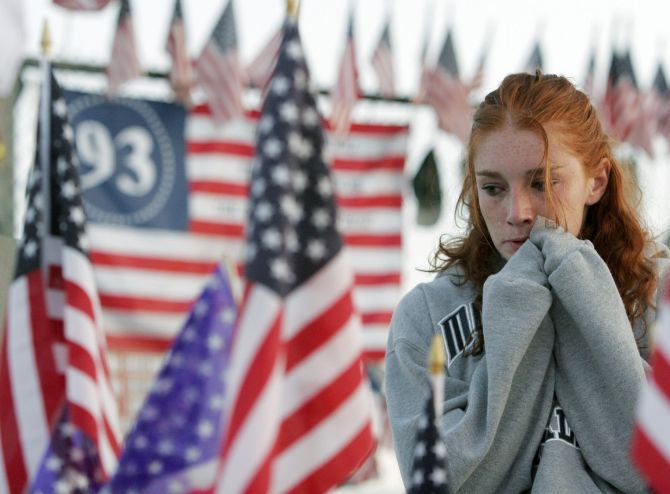 No words to describe the loss: A girl is left speechless at the loss she, her family and her country has endured. Photograph: Jason Cohn JC/Reuters 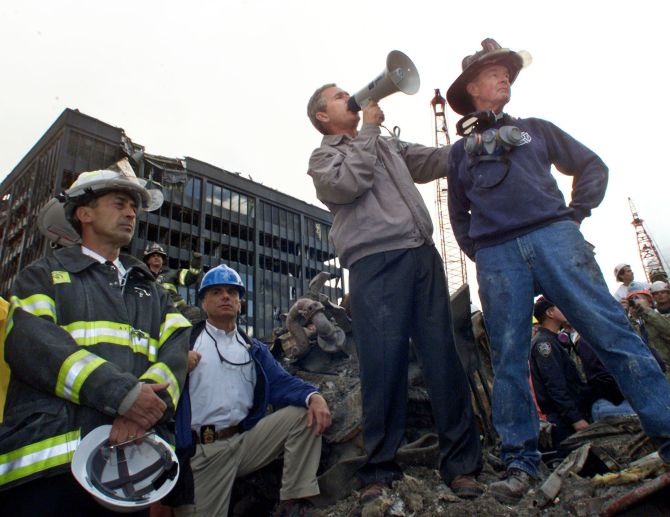 Rallying his country: Then US President Bush with retired firefighter Bob Beckwith at the scene of the World Trade Center disaster. Photograph: Win McNamee/Reuters 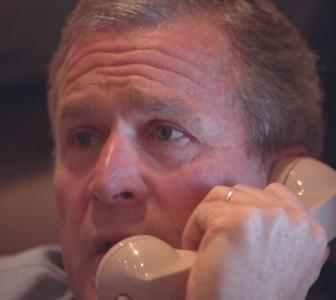 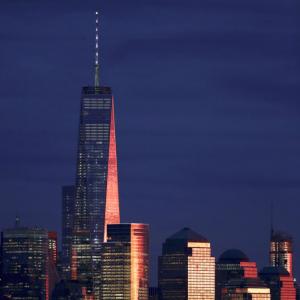 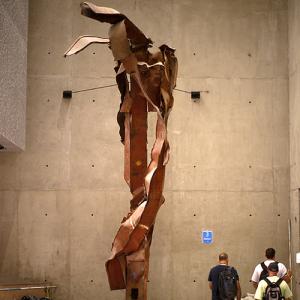