News
Business
Movies
Sports
Cricket
Get Ahead
Money Tips
Shopping
Sign in  |  Create a Rediffmail account
Rediff.com  » News » These images of the world are so breathtaking they don't look real

Agora, a free photography app, recently held its #Landscape2020 contest. The competition, which ran from June 19 until July 3, encouraged photographers to share images they've taken of stunning scenery around the world.

Octavi Royo, Agora's CEO & co-founder, said: 'Nature surrounds us and protects us. The #Landscape2020 photos will pass through your eyes to impact directly into your heart.'

Scroll through to see the amazing shots. It was my first time photographing a thunderstorm, but definitely not the last time! Photograph: @jp.photoart/Agora Photos

'Surprised by a full moon at goblin valley' It was a totally unplanned shot on our American road trip, only made possible by the running speed, willingness, and full send it ability of my friend on the photo. What a blessing and a pleasure it is to be alive and to share this beautiful earth with you all! The future is bright when we shine our light. Photograph: @lukeylove/Agora Photos You can't reach the Baikal caves in Russia during summer, even by boat -- the only way to get in is to wait for the winter to freeze all the water, so you can access them by foot. There was ice all around, hanging from the ceiling and streaming along the walls. It felt like there was a mirror spreading along the ground. Photograph: @poul_t/Agora Photos

'Sunrise with some fog and tulips' Some tulips, fog, and a windmill! I don’t think it can be anymore Dutch than this. Photograph: @nick_skeyes/Agora Photos It feels to us like we can see even clearer now what matters the most to us. When almost everything is now not allowed, we can all realise what is most important for us in life, what we care the most about, and what we miss the hardest. Photograph: @makyandmatt/Agora Photos

'Life in a fairytale' We missed the turnoff for the trail and walked an extra 2 miles.. After we backtracked and went down the correct trail we were greeted by this monster waterfall, one of the most spectacular places I’ve seen in Oregon. Photograph: @chadtorkelsen/Agora Photos 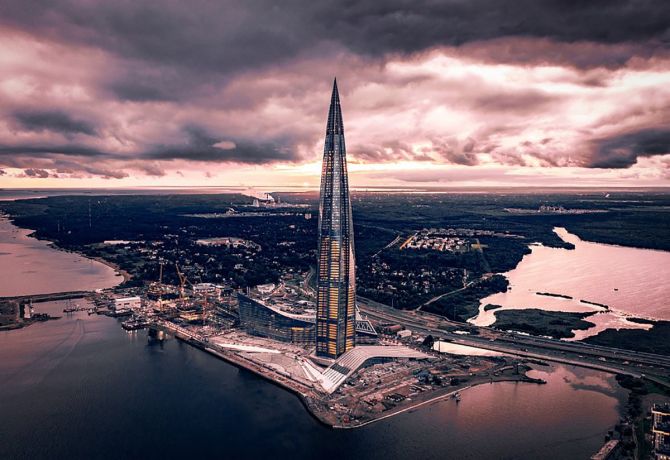 This 462 m building strikes with its loneliness. There are no other high-rising buildings in the area, just the water and one or two-storied suburbian houses. This is why this tower looks more like a sculpture, or an artwork rather than as an office skyscraper. Photograph: @poletaev.photo/Agora Photos

'First sunset during my Iceland trip' It was my very first day in Iceland. At this moment I realised how incredible our earth is, and how many other beautiful places I was about to see during the trip. It was only the beginning. Photograph: @filippobellisola/Agora Photos Visiting the Dolomites last year was such a crazy experience. I loved every single view and moment of it, even though it was freezing and I’m not a fan of cold weather! Photograph: @michelle.wandering/Agora Photos What a ridiculously beautiful landscape Utah has to offer! This is probably one of the most underrated viewpoints in the state. We hiked here early morning to find ourselves looking over this incredible canyon. Photograph: @tomdewaart/Agora Photos I was amazed by the location of that little church, just in front of the peaks of Tre Cime di Lavaredo. The mountains were covered by clouds most of the day and while we hiked, the peaks were hidden. We got lucky and the sky opened for a short period, revealing this view. I think this image conveys well how we feel small in front of nature. Photograph: @ghislainfaveAgora Photos The best time to visit the lavender fields in southern France is during the summer, from mid-June to mid-July. Photograph: @rakia10Agora Photos I went to the beach to photograph the fireworks festival, but a thunderstorm took all the attention away. On the left side, you can see the Zeebrugge harbor with its many wind turbines and in the background, you can see nature producing electricity. Photograph: @oliviervandeginste/Agora Photos These colourful mud mounds I came across while in Utah were like something from Mars. This location blew me away and I had never seen anything like this before. Photograph: @jamesxtheo/Agora Photos When we got there it was still really dark and the view was not what we were hoping for: there was no low fog on the meadows and the peaks were not in sight. Still, we waited for the sunrise, hope wasn’t lost yet. Our patience was rewarded at last: as the first sun rays appeared behind the peaks, a thick fog rolled in, and in just a few minutes this breathtaking scenery appeared in front of our eyes. It was one of the most magical moments I was lucky enough to experience so far. Moments like these taught me that photography is all about waiting for the right moment. Photograph: @e.stis/Agora Photos We got up early in the morning to catch the lion's mountain in Sri Lanka and the first rays of sunlight. The landscape was magnificent and I captured it without hesitation! Photograph: @artempikalov/Agora Photos 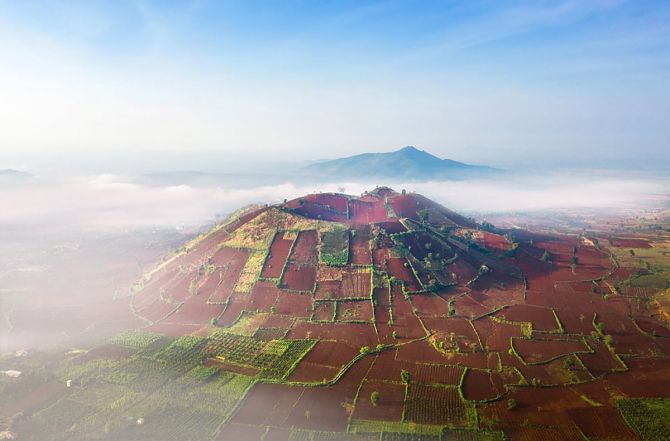 This extinct volcano is one of the most beautiful destinations in Central Vietnam. Photograph: @hoacarol/Agora Photos Images that will make you want to get out in Nature!