The wonderfully weird world around us!

Here's a look at eight images that prove we live in an odd, odd world! 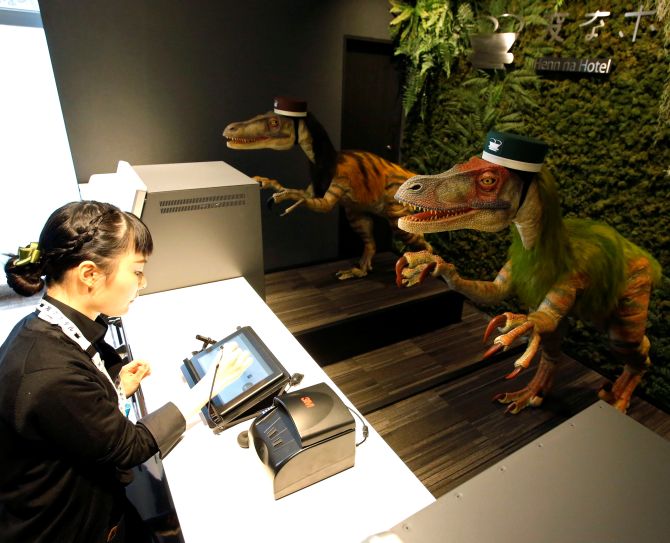 Dinosaur robots acting as receptionists greet a hotel employee demonstrating how to check-in to the hotel during a press preview for the newly-opening Henn na Hotel Maihama Tokyo Bay in Urayasu, east of Tokyo, Japan. Photograph: Issei Kato/Reuters 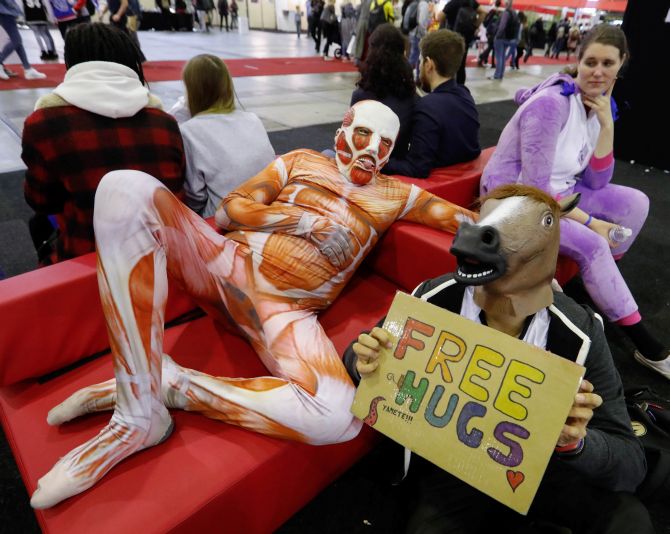 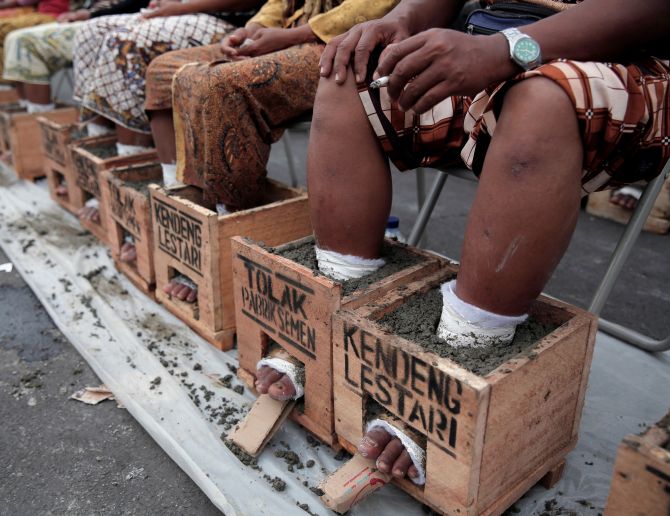 Villagers whose feet are cast in cement blocks sit on a chair as part of four days of protest to draw attention to what they say is environmental damage to their farmland from a cement factory, in Rembang, Central Java, outside the presidential palace in Jakarta, Indonesia. Photograph: Beawiharta/Reuters 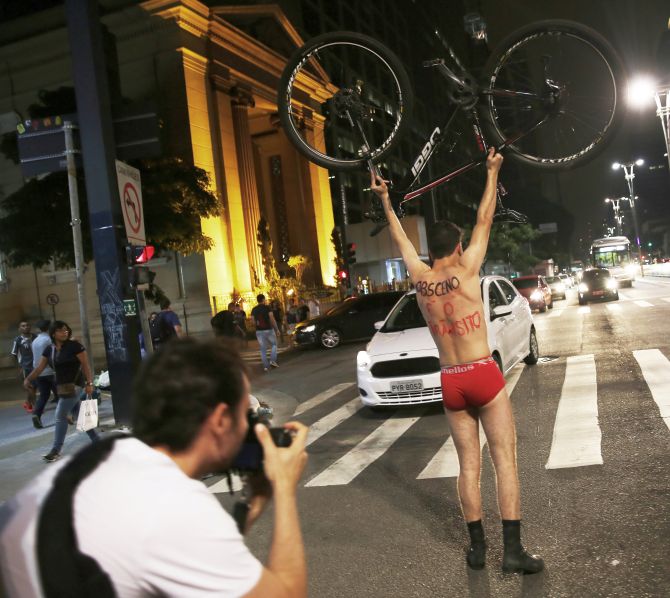 A cyclist takes part in the "World Naked Bike Ride" to defend the rights of cyclists to ride on the streets in safety, on Paulista Avenue in Sao Paulo, Brazil. Photograph: Nacho Doce/Reuters 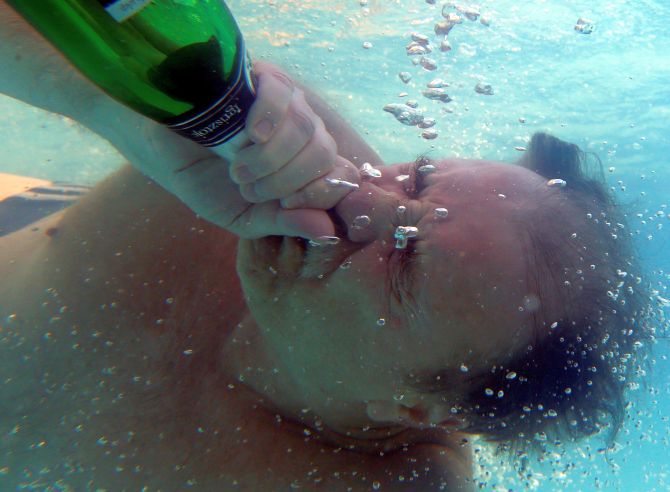 A man drinks champagne under the water at an open-air hot bath in Bogacs, Hungary. Photograph: Laszlo Balogh/Reuters 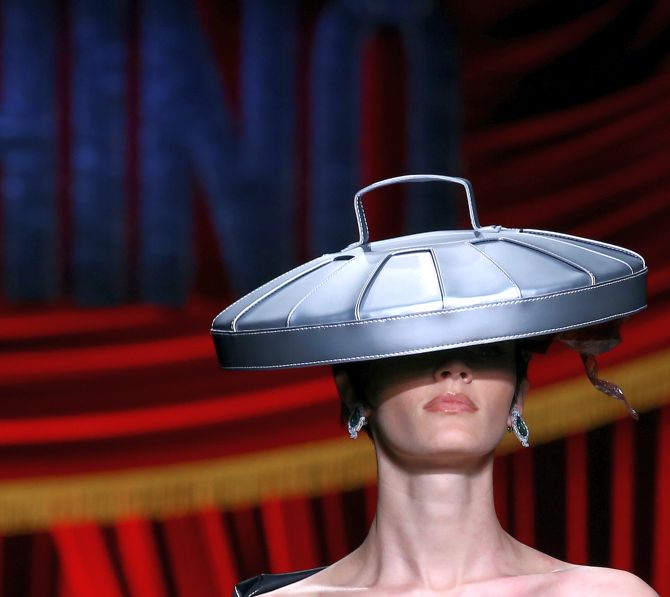 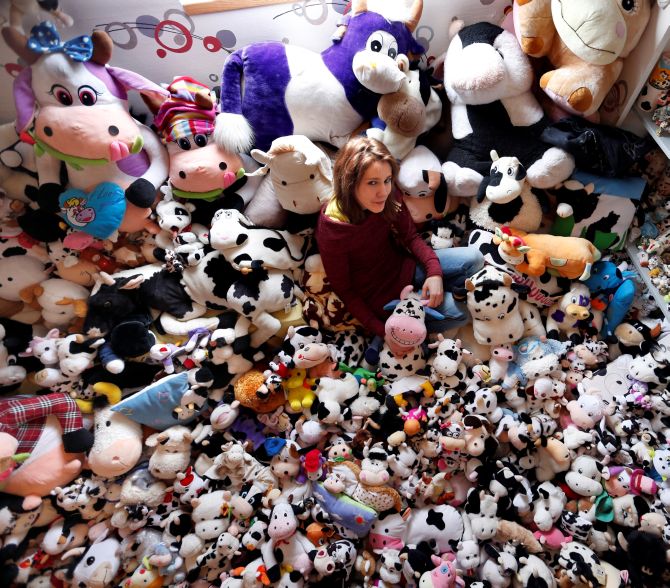 French Model Emeline Duhautoy poses with her collection of 1,679 stuffed toy cows she has been collecting for over seven years at her home in Saint-Omer, northern France. Photograph: Charles Platiau/Reuters 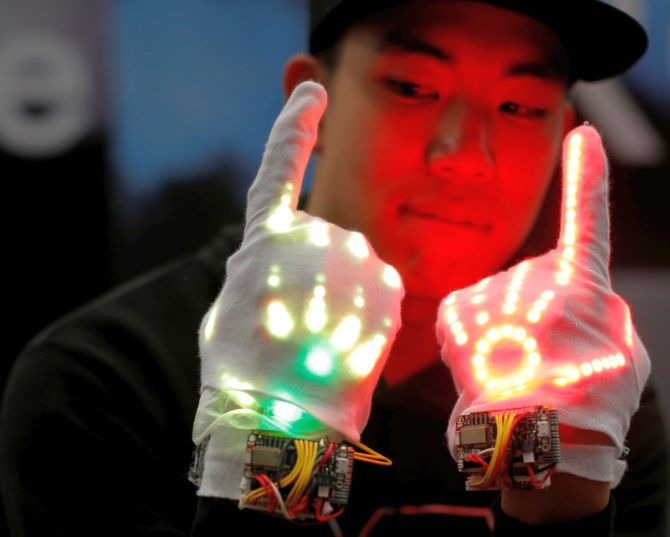 An employee demonstrates the Groove, "a wearable glove device that enhances the dancer's expression," at the Trade Show at the South by Southwest Music Film Interactive Festival in Austin, Texas. Photograph: Brian Snyder/Reuters 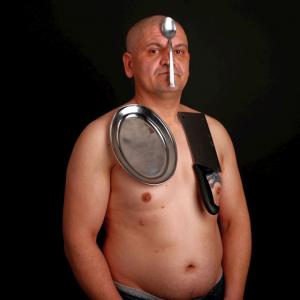