What is it like to be canvassing for votes, especially when you want to do it in style?

As the general elections inch closer, Shashi Tharoor, the Congress parliamentarian from Thiruvananthapuram, shows us just what it takes to campaign.

Here's a glimpse of the 'master of words' out seeking votes and we can't help but wonder if he's schooling his constituents on some new words from the famed 'Tharoor' dictionary :-) 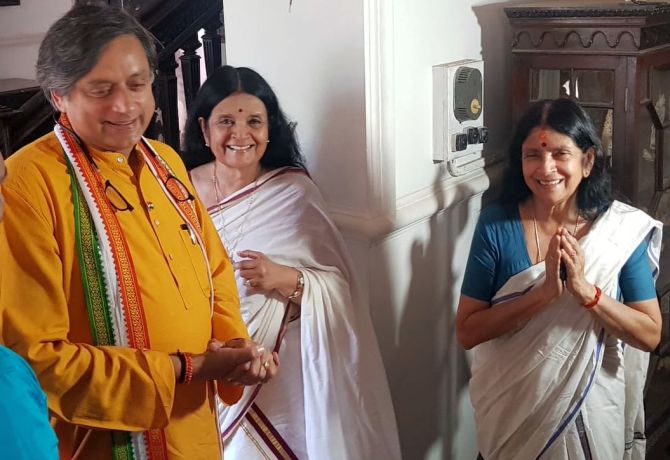 The Congress MP tweeted about his campaigning on his Twitter feed. During his trail, he met with Princesses Gouri ParvathiBayi & Gouri LakshmiBayi of the Travancore Royal family. 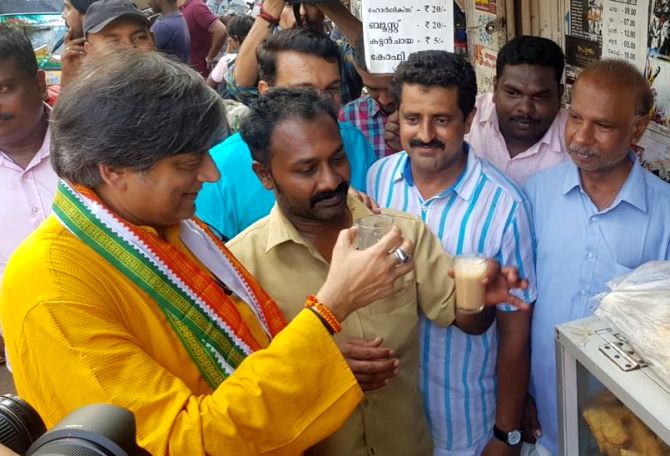 What is an election campaign without some tea? Well, for Tharoor and his supporters it's not tea, but enjoying some ' thattukada chaaya'.

We want to know from Tharoor all the different adjectives he can think of to describe his cup of tea!

After some chai, an auto ride can't be too far! Tharoor enjoys a ride in the three-wheeler at Manaveeyam Veedhi. 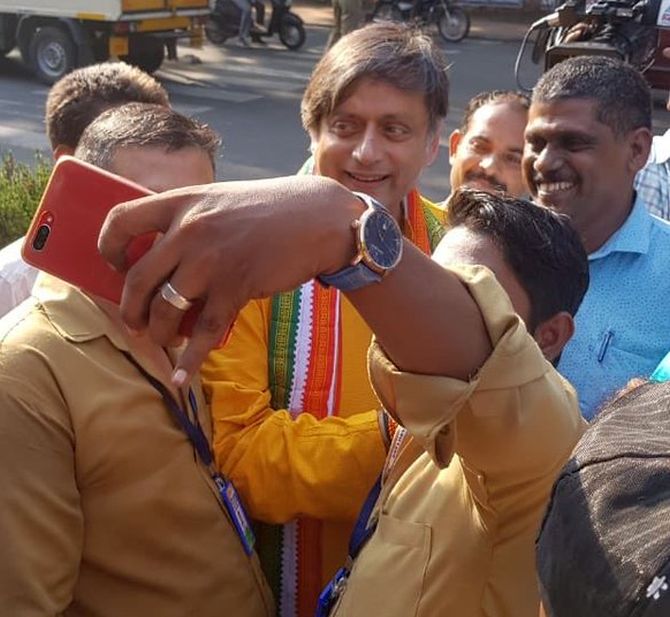 The Congress MP seems to be a hit with the locals. He's all smiles as he poses for some selfies. 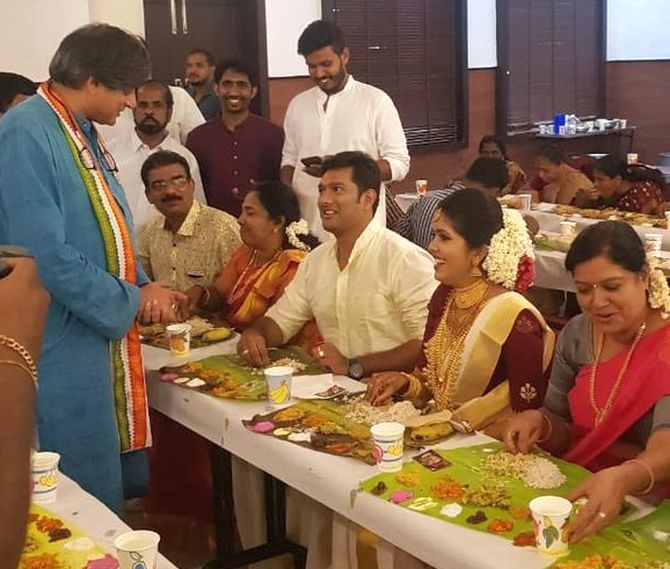 Who would have thought that Tharoor was a wedding crasher? "No one is spared from an MP canvassing for votes," writes the Congress leader, adding, "Not even the bride and groom." 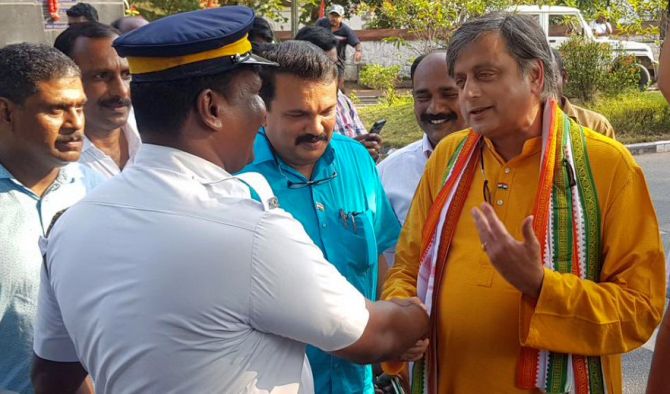 Describing this image on Twitter, Tharoor wrote, " Took a moment from my campaigning to thank this traffic cop at a busy junction for his service and offer him water. This is no weather for a uniformed officer to be standing in the middle of the road, but we should all be grateful that he is. Salute!"
The Rediff News Bureau / Rediff.com
SHARE THIS STORY
Print this article