An FIR has been registered against the coaching centre owner and builders of the Surat complex after a major fire broke out claiming the lives of 20 people, including students, on Friday. 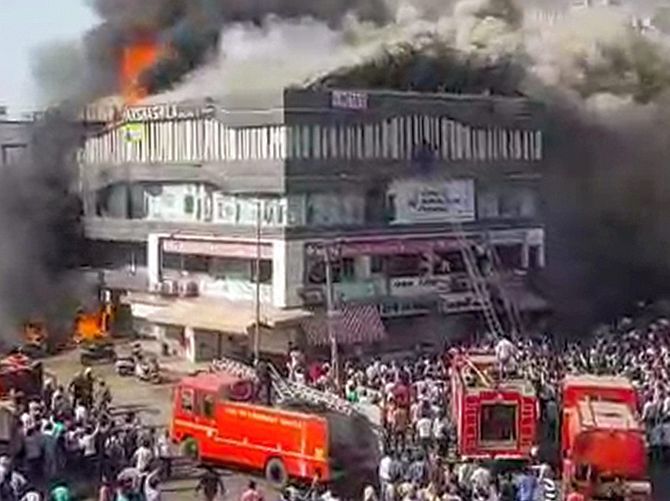 The case was registered under section 304 (culpable homicide not amounting to murder) and section 114 (abettor present when offence is committed) of the Indian Penal Code in Sarthana police station against coaching centre owner Bhargav Bhutani and builders of the complex -- Harshal Vekaria and Jignesh, Surat police said.

The blaze ripped through the interior design coaching centre located in Takshashila Arcade in Surat's Sarthana area, killing at least 19 students and injuring many people.

Several students were seen jumping off the building to escape the inferno. Some people were unable to escape and died on the spot. As the rescue operations were carried out, charred bodies were found. The fire was reportedly triggered by a short circuit. 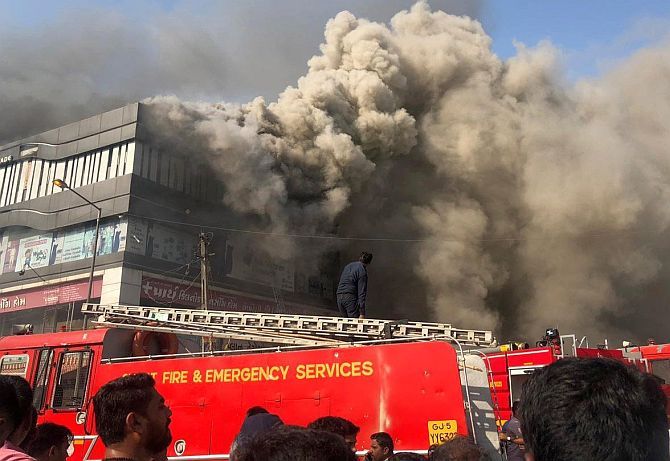 Gujarat Chief Minister Vijay Rupani had on Friday ordered an investigation and announced a compensation of Rs 4 lakh each to the families of those killed.

Rupani said, "Twenty people have lost their lives in the tragedy in spite of our rescue efforts. Students, aged around 20 years, were trapped in the coaching centre when the fire broke out in the stairway."

"We have asked Urban Development and Urban Housing Department Principal Secretary, Mukesh Puri, to immediately investigate and submit a report," he added.

"My daughter was inside the building when the fire broke out. The fire brigade from the fire station, which is not more than 2 km away, took almost 45 minutes to come. Even though my daughter is saved, she is in a state of trauma," Paresh Patel, a father of a rescued girl, said. 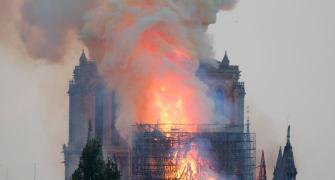 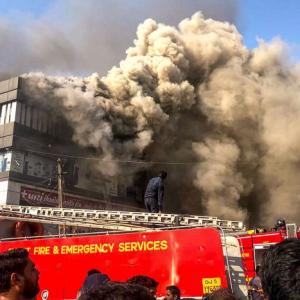