As Shiv Sena president Uddhav Thackeray is set to take oath as chief minister of Maharashtra on Thursday, preparations are in full swing at and around Shivaji Park in Dadar in central Mumbai.

Thursday's swearing-in ceremony will be different from the previous occasions in Maharashtra politics given that Uddhav is the first Thackeray from his clan who is taking oath as a public representative and that too is the CM.

Shivsainiks are emotionally connected to Shivaji Park where party founder late Bal Thackeray used to address Dussehra rallies, a tradition that is still kept alive by his son, Uddhav. 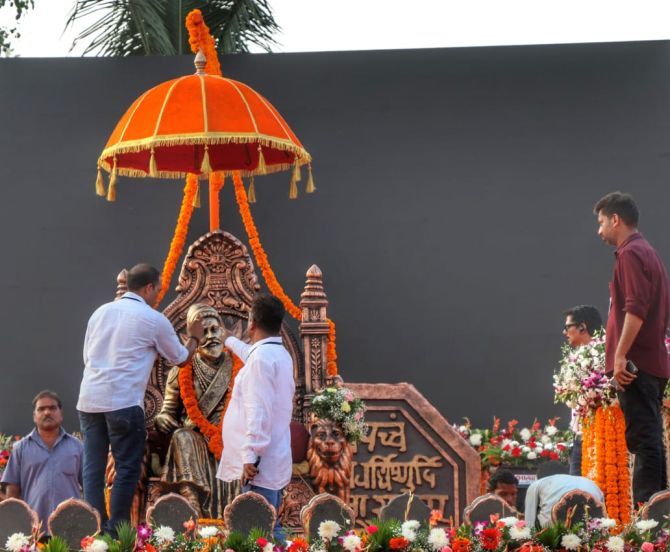 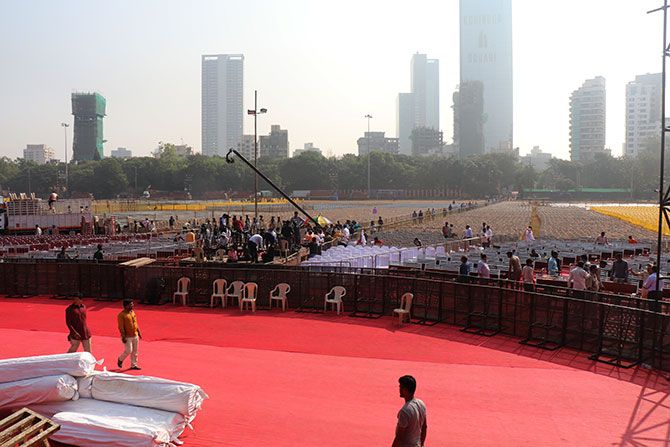 A huge stage is being installed for the oath taking ceremony. Photograph: Rajesh Karkera/Rediff.com 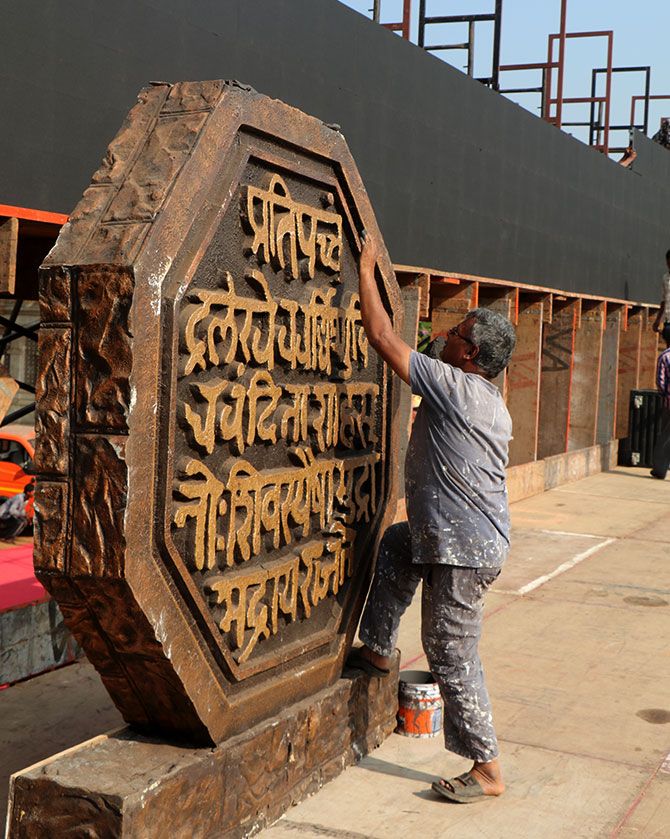 A replica of the royal seal of King Shivaji at the oath-taking ceremony. Photograph: Rajesh Karkera/Rediff.com 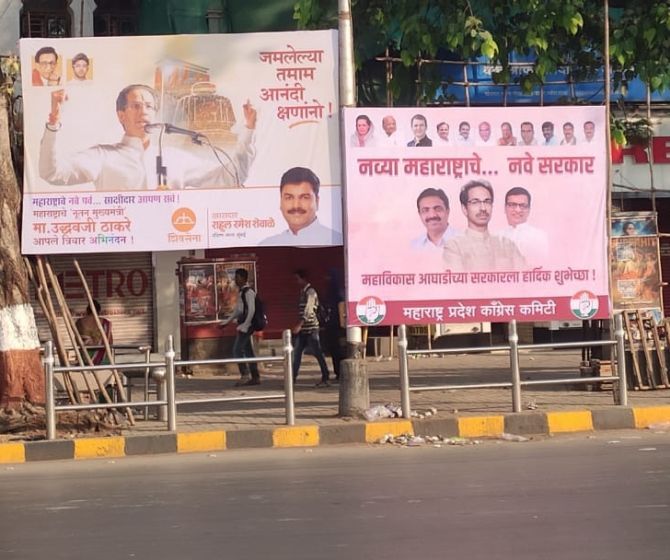 Hoardings welcoming the new government in Maharashtra and flags of the Shiv Sena and the Congress seen on the stretch from Dadar TT to Shivaji Park. Photograph: ANI 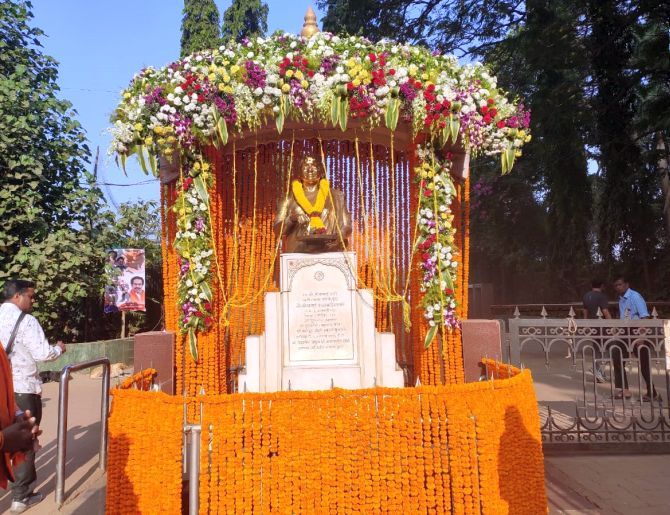 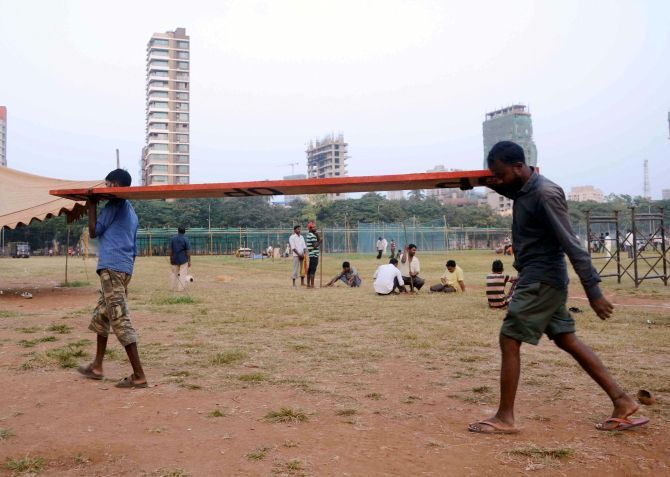 Workers carry a wooden plank as preparations are in full swing for the swearing-in ceremony. Photograph: PTI Photo 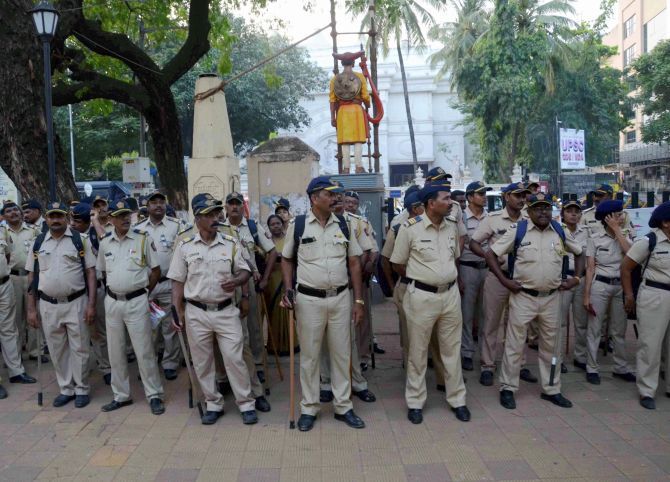 Elaborate security arrangements are being made at and around Shivaji Park. Photograph: PTI Photo 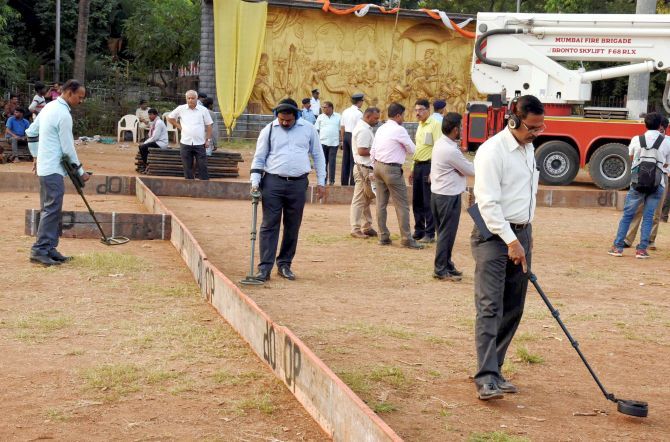 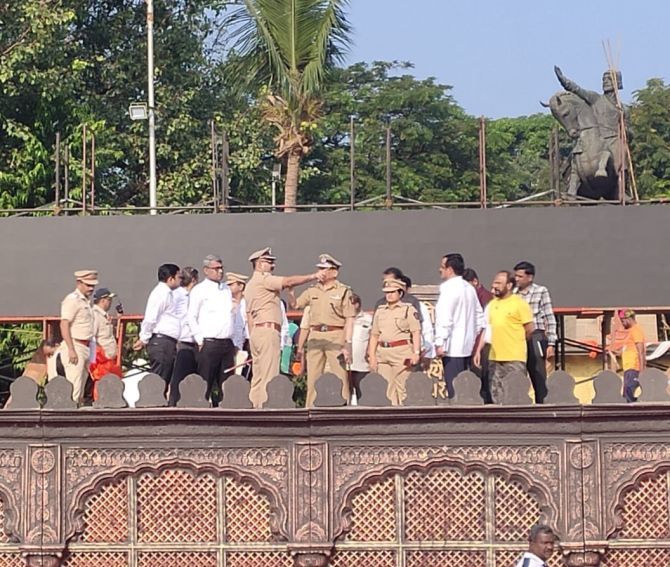 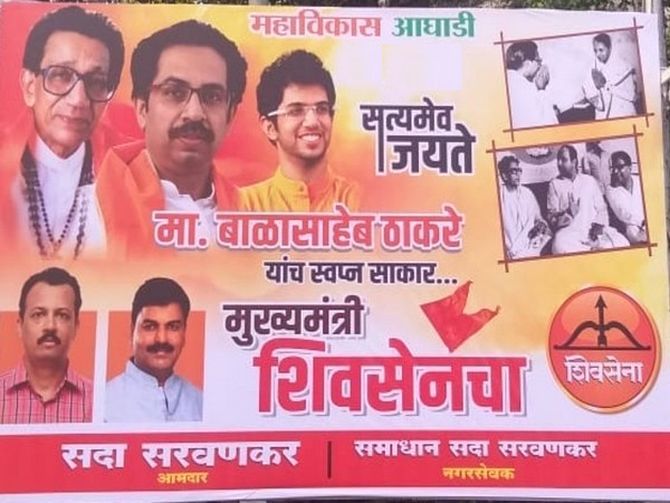 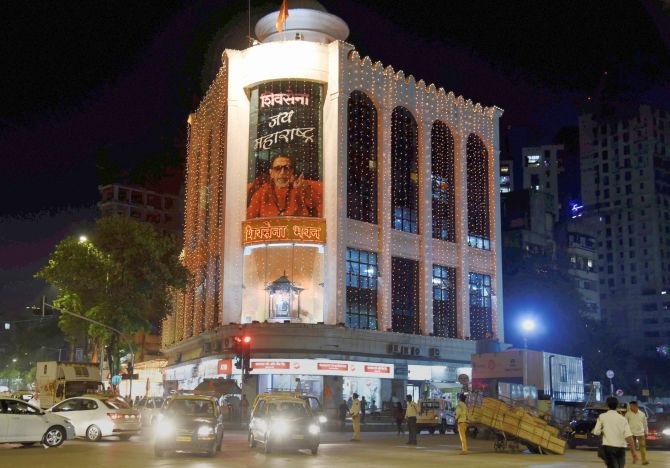 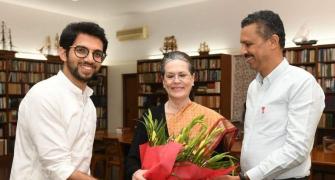 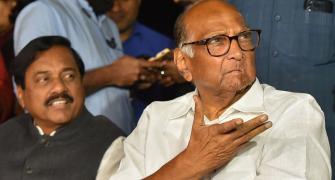 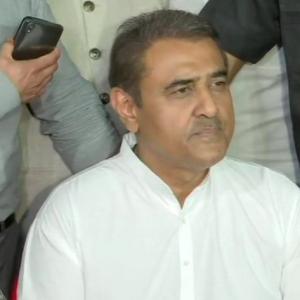 Only dy CM from NCP, Speaker from Cong: Praful Patel