Amid chanting of patriotic slogans, people from different walks of life bid an emotional farewell to the bravehearts who lost their lives in one of the deadliest terror attacks in Jammu and Kashmir.

Huge crowds gathered to pay respects to the soldiers amid emotional moments, with anti-Pakistan slogans renting the air.

People, with tears in their eyes, stood on roads with flowers and national flags as the coffins arrived.

In one of the deadliest attacks in Jammu and Kashmir, a Jaish-e-Mohammad suicide bomber rammed a vehicle carrying over 100 kg of explosives into a bus which was part of a convoy of 78 vehicles carrying CRPF personnel from Jammu to Srinagar. 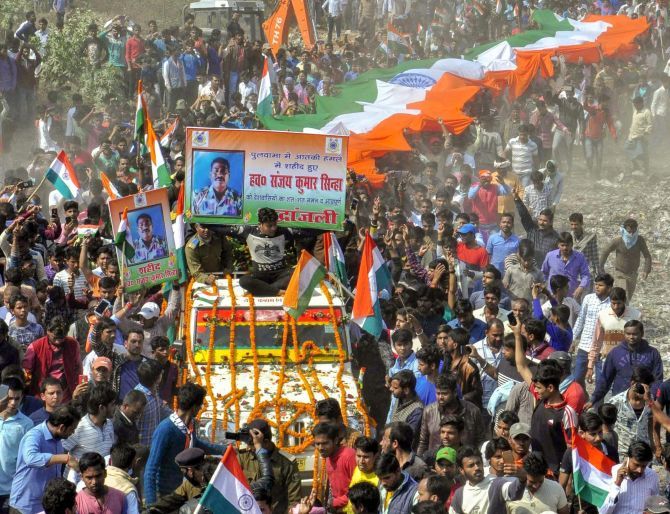 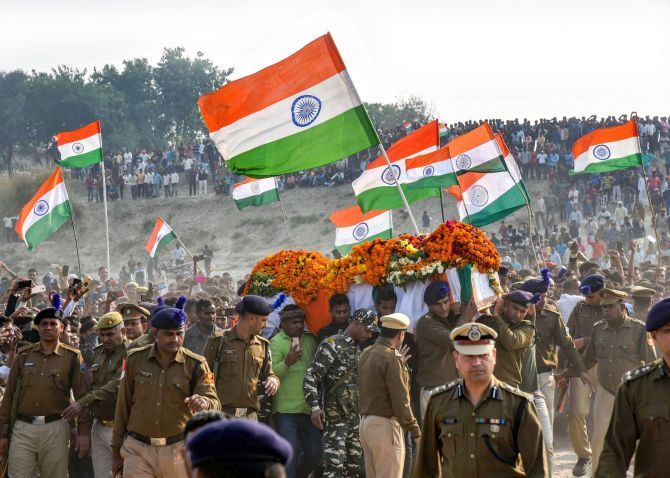 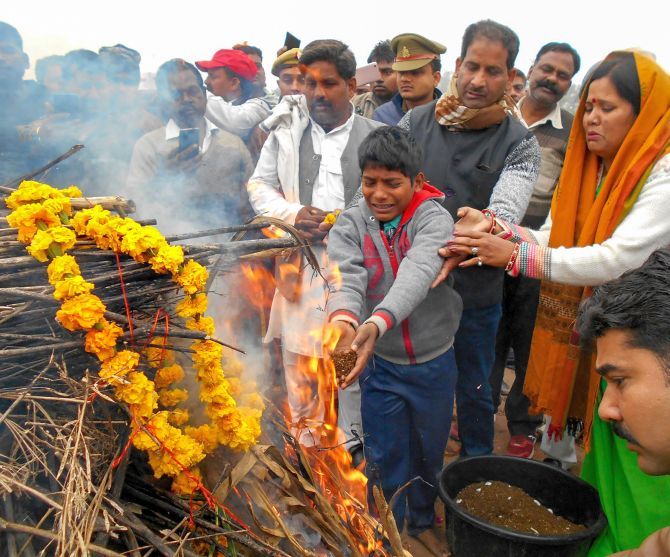 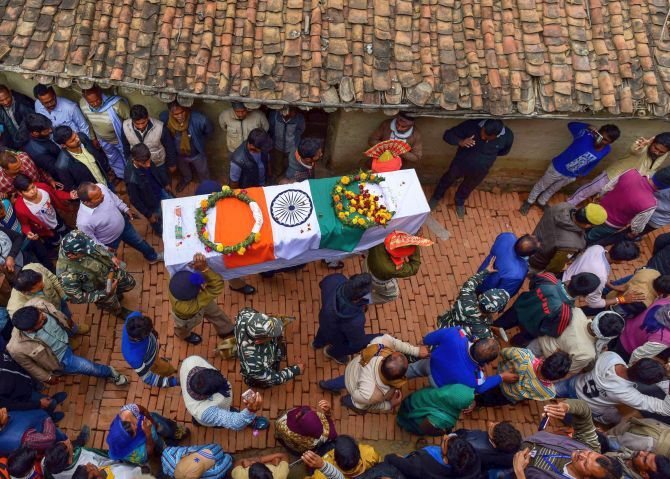 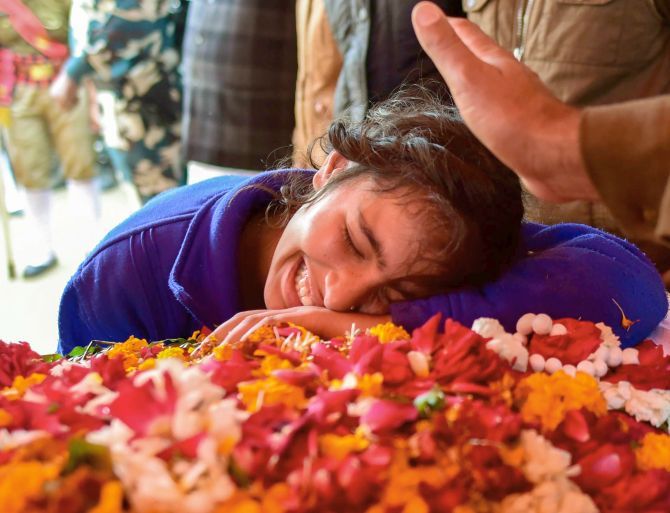 A relative of Mahesh Yadav couldn't hold back her tears. Photograph: PTI Photo 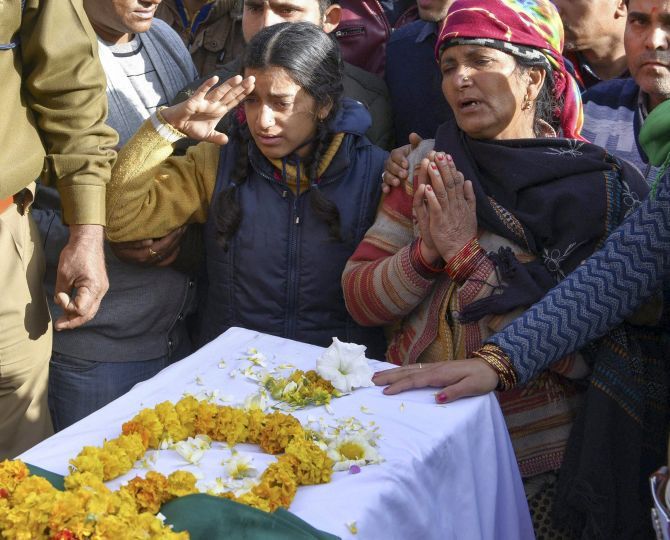 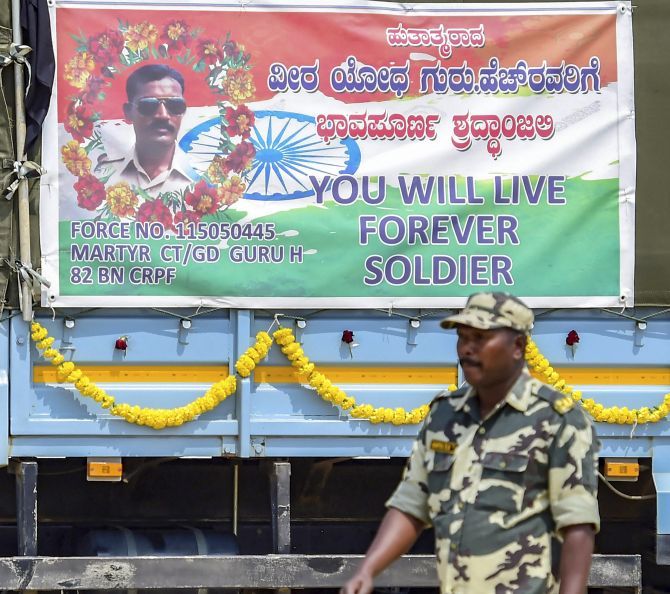 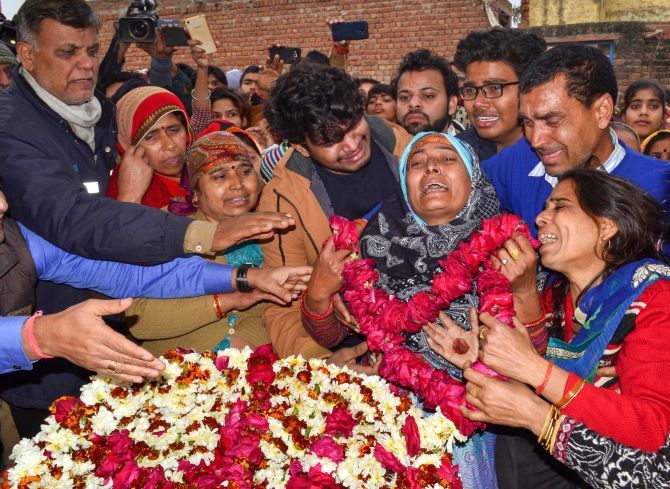 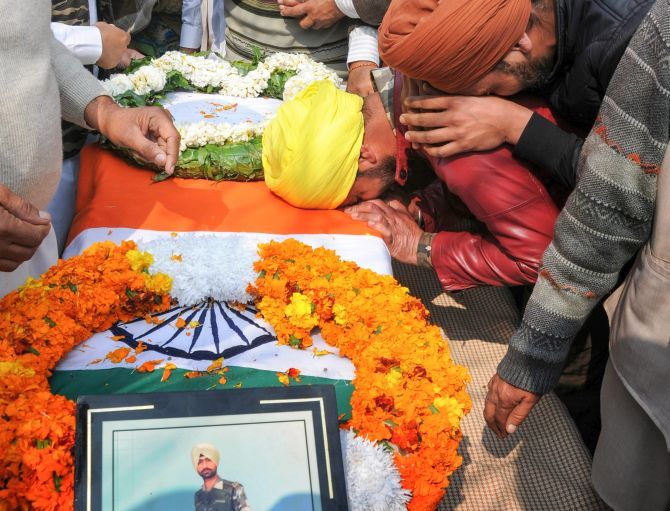 Family members mourn the death of CRPF jawan Sukhjinder Singh at his residence before his funeral in Gandiwind Dhattal village of Patti sub-division of Tarn Taran district. Photograph: PTI Photo 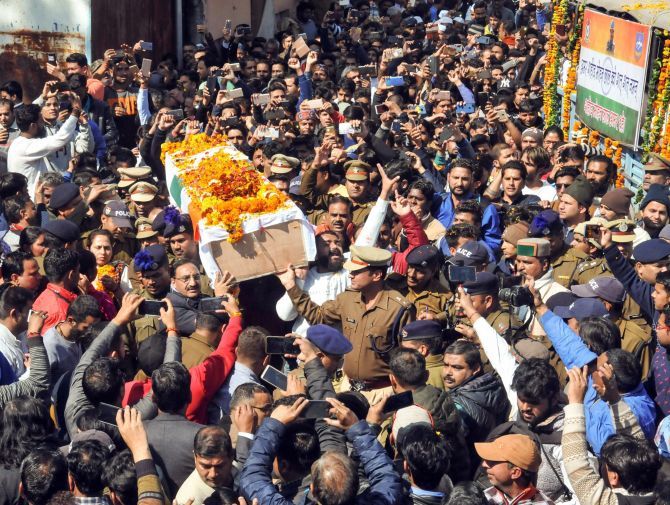 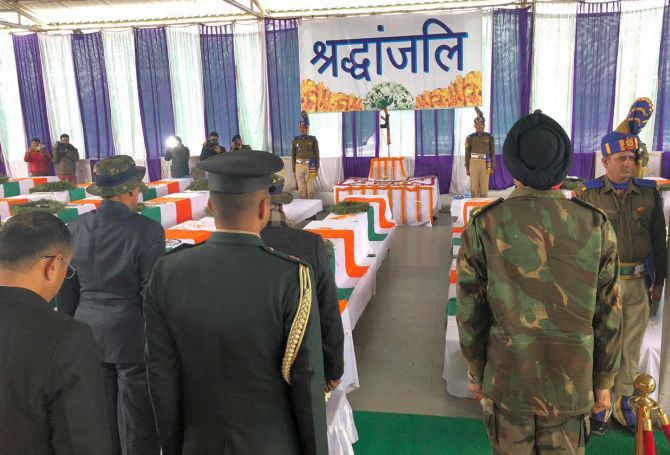