Protests against the Citizenship (Amendment) Bill intensified in different parts of Assam on Wednesday with agitators burning effigies of Prime Minister Narendra Modi and Chief Minister Sarbananda Sonowal and gheraoing the state secretariat. 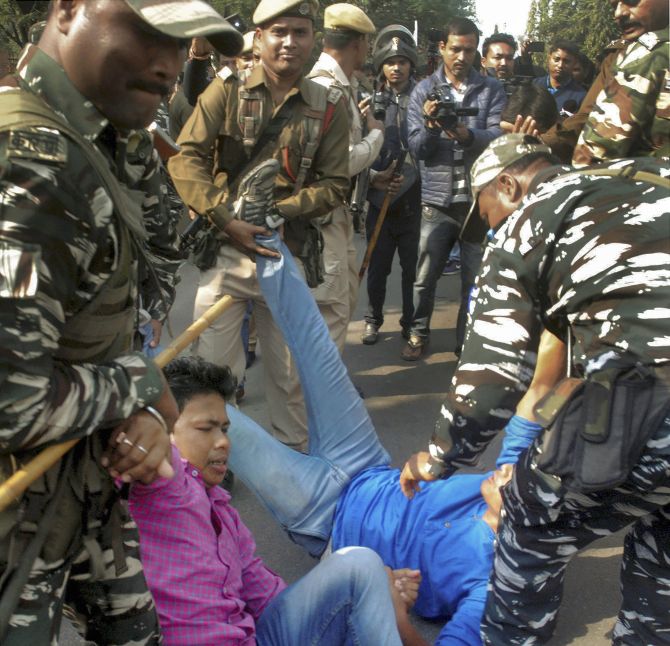 Protesters burnt effigies of the prime minister and chief minister at Digboi, Goalpara, Lakhimpur and Barpeta against the passing of the Citizenship (Amendment) Bill in Lok Sabha.

Krishak Mukti Sangram Samiti chief Akhil Gogoi announced that Modi and central ministers would not be allowed to enter the state, while the chief minister and Bharatiya Janata Party MLAs and MPs will not be allowed to hold any meeting or rally in the state.

The agitators belonging to 70 organisations, led by KMSS and Asom Jatiyatabadi Yuba Chatra Parishad, gathered at the secretariat to protest against the passing of the bill in the Lower House of Parliament.

The police attempted to prevent the protesters from crossing the barricades to enter the secretariat resulting in a scuffle. As the protestors refused to budge, the police resorted to lathicharge and fired rubber bullets to disperse them. 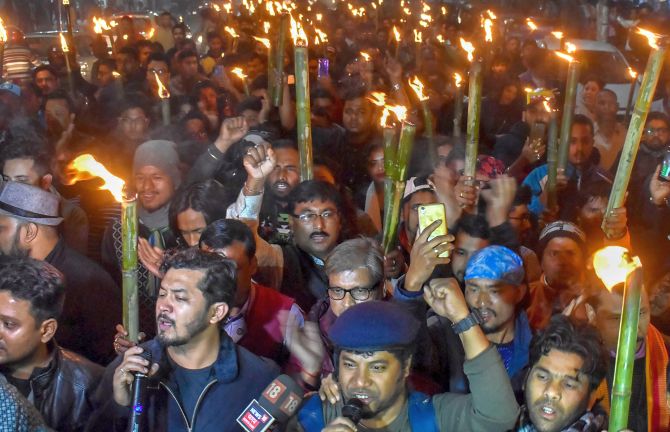 The Students’ Federation of India took out a ‘Shamshan Yatra’ (funeral procession) of the prime minister, chief minister and seven BJP MPs in Assam.

Artists, litterateurs, musicians, actors, journalists and prominent cultural personalities took out a torchlight procession in Guwahati on Wednesday evening to protest against the bill.

The 70 organisations also protested in Digboi where Sonowal attended the Gorkha Mahatsov by blocking the highway and waving black flags to protest against the Bill and the CM’s visit.

In Golaghat’s Numaligarh area, a semi-nude protest by the Asom Aikya Manch was held.

Students of Cotton University and Dibrugarh University along with more than 15 colleges across Assam have decided to boycott classes indefinitely in protest against the bill.

The Dibrugarh University Post Graduate Students’ Union has indefinitely banned entry of any representative of member of the ruling BJP into the campus. 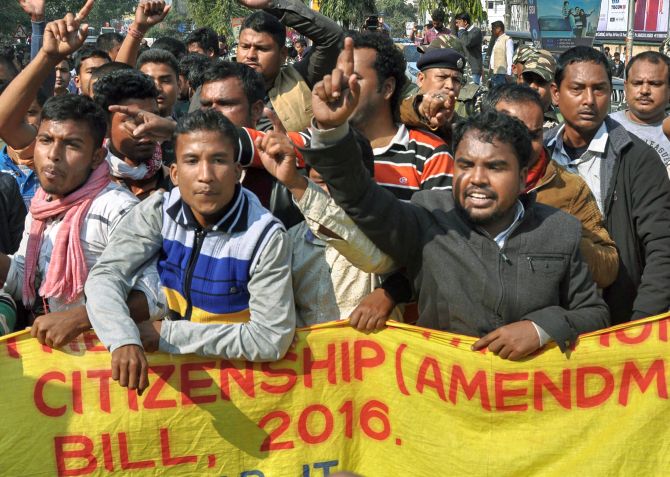 IMAGE: The agitators belonging to 70 organisations, led by KMSS and Asom Jatiyatabadi Yuba Chatra Parishad, gathered at the secretariat to protest against the passing of the bill. Photograph: PTI Photo

Students’ bodies at Tezpur University, Jorhat Medical College, Pub Guwahati College, JB College, DCB College and others have held protests in their campuses, although no class boycott decision has been taken yet.

All Assam Lawyers’ Association called the Bill “unconstitutional” and warned that they would go to the Supreme Court if the same was enacted.

An 11-hour bandh, called by AASU and the North East Students’ Organisation and supported by over hundred organisations, against the bill had brought life to standstill in Assam.

The bill passed in the Lok Sabha on Tuesday seeks to amend the Citizenship Act, 1955 to grant Indian citizenship to Hindus, Sikhs, Buddhists, Jains, Parsis and Christians, who fled religious persecution in Bangladesh, Pakistan and Afghanistan and entered India before December 31, 2014. 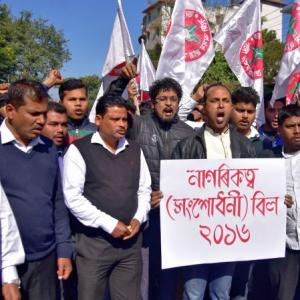 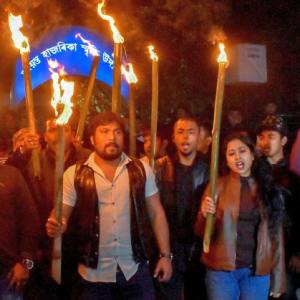