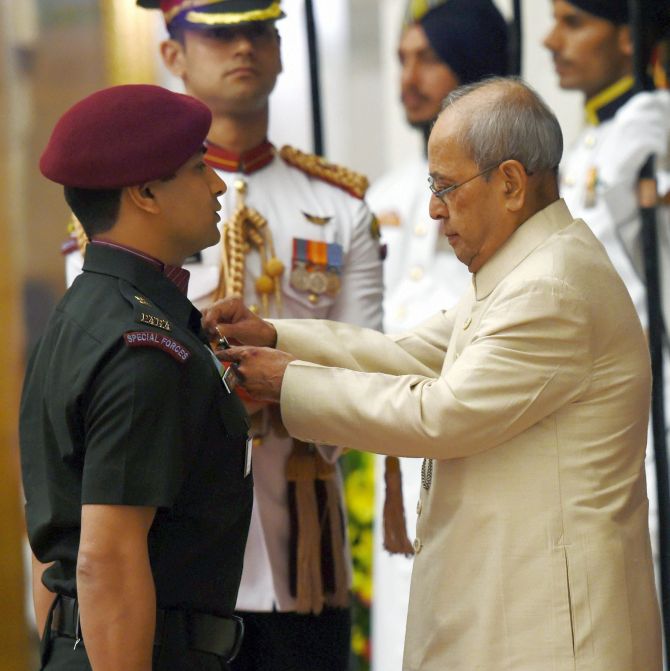 President Pranab Mukherjee on Thursday awarded Shaurya Chakras to the officers who took part in the daring surgical strike across the Line of Control last year.

He also awarded the Shaurya Chakra posthumously to Lt Col Niranjan Ek, who died while recovering IED from the bodies of Pathankot terrorists in January 2016. 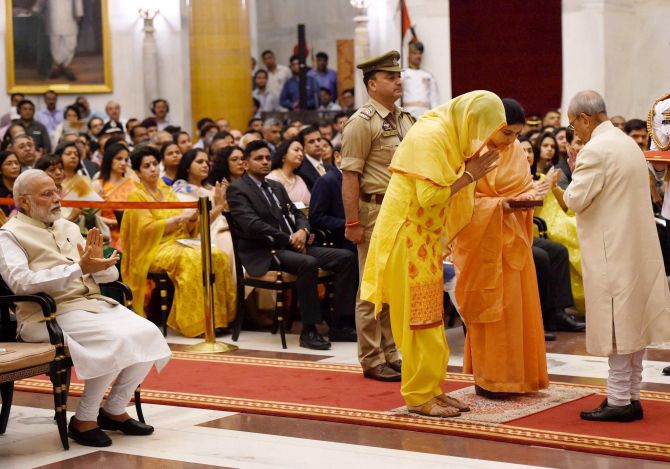 As per the citation against Shaurya Chakra awardees, Major Rajat Chandra killed two terrorists during the surgical strike, while Captain Ashutosh Kumar eliminated four terrorists. Both belong to 4 Para Special Forces, which took part in the surgical strike in September last year.

Major Deepak Upadhyay and Paratrooper Abdul Qayum, both of 9 Para Special Forces, were also awarded with Shaurya Chakras for their role in the surgical strike. 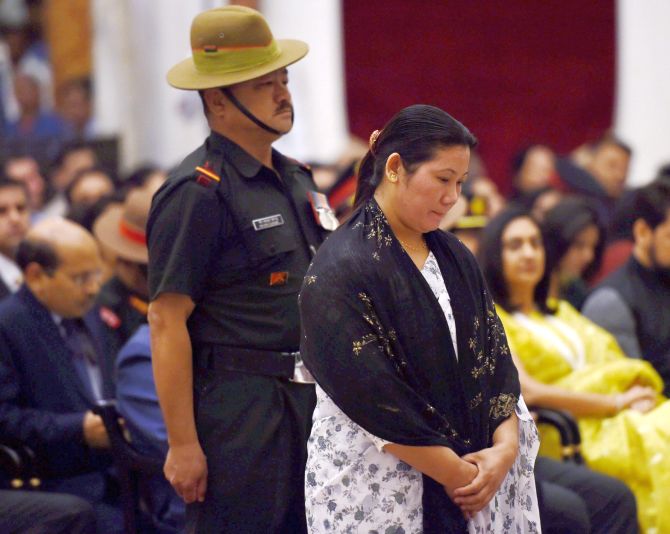 IMAGE: The widow of Lance Havildar Prem Bahadur Resmi Magar before receiving Shaurya Chakra from the president on behalf of her husband.

Nineteen soldiers of the 4 and 9 Para, the special forces units, who undertook the daring cross-border surgical strike across LoC, were awarded with gallantry medals on January 25, including a Kirti Chakra, while their commanding officers have been given Yudh Sewa Medal. 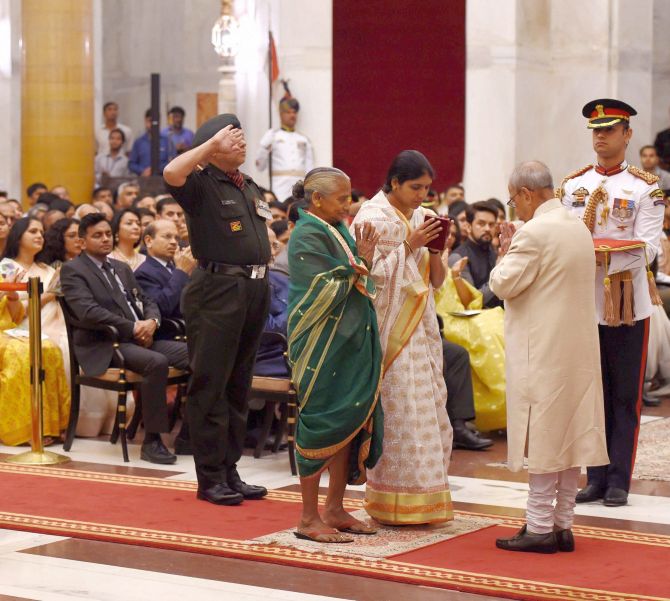 Family members of Singh, Reddy, Gawande and Magar received the honour by the President.

Lt Gen PM Hariz, one of the two senior most officers superseded by Chief of Army Staff Gen Bin Rawat, was awarded Param Vishisht Seva Medal. Hariz is the Commander-in-Chief of the Southern Command. 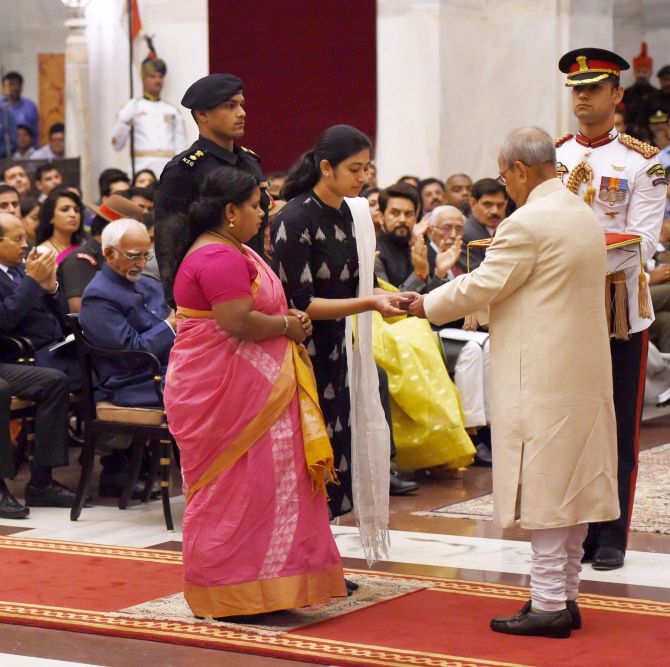 Lt Col D Vinay Reddy of the Madras Regiment and Havildar Hanuman Ram Saran of the Rajputana Rifles were awarded with Shaurya Chakra. 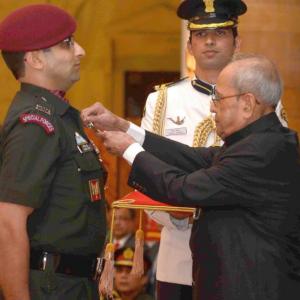