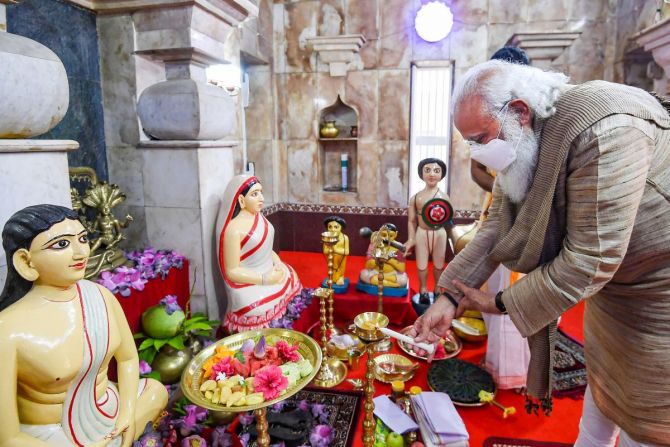 Modi, who was wearing a mask, offered prayers at the Harichand-Guruchand Temple, where he was welcomed with 'Dhaak, Shankh, Ulu' in line with local rituals.

Orakandi is the abode of hundreds of Hindu Matua community, a large number of whom are residents of West Bengal.

Ahead of his visit, Modi had said he is looking forward to his interaction with representatives of the Matua community at Orakandi, from where Sri Sri Harichand Thakur disseminated his pious message.

While speaking to the Matua community members after offering prayers at their temple, Modi said India and Bangladesh want stability, love and peace instead of instability, terror and unrest in the world, and underlined that the two friendly neighbours want to see the world progressing through their own development.

"Both India and Bangladesh want to see the world progressing through their own development. Both the countries want to see stability, love, and peace instead of instability, terror, and unrest in the world," Modi said. 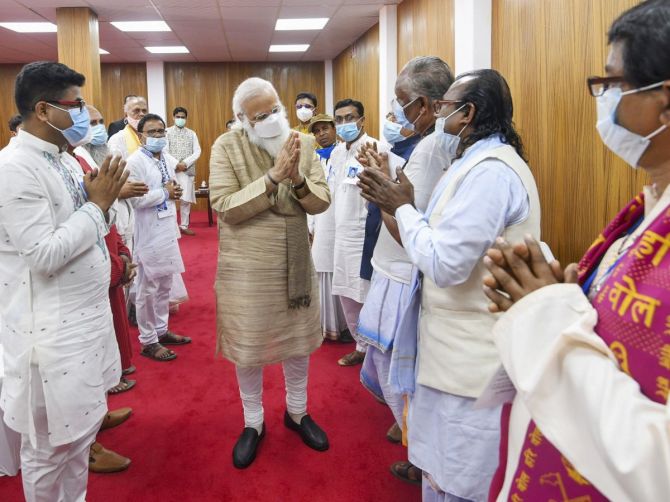 Modi said he was waiting for this opportunity for many years and during his visit to Bangladesh in 2015, he had expressed desire to visit Orakandi, which has come true now.

This place is a pilgrimage site for the spiritual relationship between India and Bangladesh, he said.

"I was speaking to some people here. They were saying who could have thought that India's Prime Minister would visit Orakandi," Modi said, adding that he was feeling the same emotions as felt by the Matua community members in India after coming to Orakandi, from where Harichand Thakur disseminated his pious message.

Prime Minister Modi announced that India will upgrade one girls' middle school and set up a primary school in Orakandi.

'My visit to the Orakandi Thakurbari is an experience I will remember for life. This is a very sacred place, which is closely associated with the Matua Community,' Modi later tweeted.

The prime minister was accompanied by BJP MP from West Bengal Shantanu Thakur during his visit to Orakandi.

The Matua community's vote may determine the winner in some seats in the elections to the West Bengal state assembly, the first phase of which began on Saturday.

In his speech, Modi said the Matua community celebrates 'Baroni Shanan Utshab' every year on the auspicious occasion of the birth anniversary of Harichand Thakur and a large number of devotees from India come to Orakandi to participate in this festival. 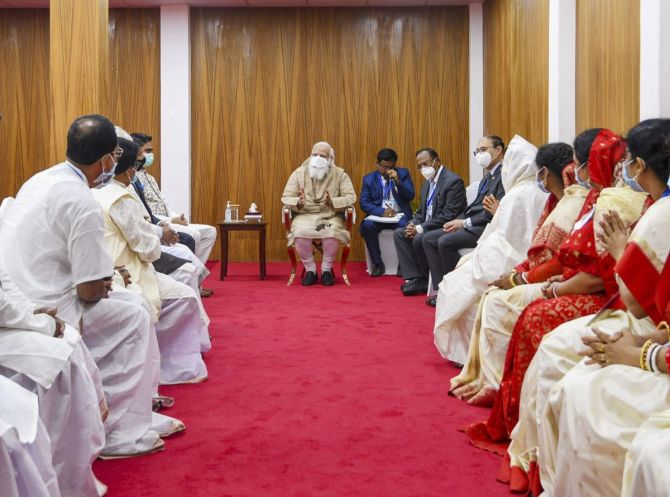 "To make this pilgrimage easier for citizens of India, efforts will be made on behalf of the Government of India," he said.

"We are also committed to grand events and various works reflecting the glorious history of the Matua community in Thakurnagar (West Bengal)," Modi said.

"I have always been very close to the family members of the Thakurbari," he added.

In his address, Modi said that it was important for both India and Bangladesh to come together and fight common challenges.

He said that during the COVID-19 pandemic, India and Bangladesh proved their capabilities.

"Both nations are facing this pandemic strongly and fighting it together. India is working by considering that it is its duty that the 'Made in India' vaccine reaches the citizens of Bangladesh," Modi added.

He said India is moving forward with the mantra of 'Sabka Saath, Sabka Vikas, and Sabka Vishwas', and Bangladesh is its co-passenger in it.

"Bangladesh is presenting a strong example of development and change in front of the world and India is your co-passenger in these efforts," he added.

Modi also mentioned that every year a large number of people travel from India to Orakandi to participate in 'Baruni Snan' on occasion of the birth anniversary of Shri Shri Hari Chand Thakur and more efforts would be made to ease their travel. 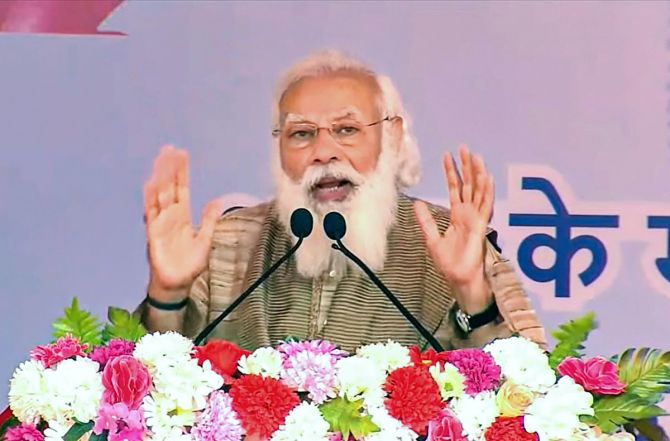 Last time when Prime Minister Modi visited Bangladesh in 2015, he offered puja at Dhakeshwari temple in the national capital.

Bangladesh has taken extra security measures for the Indian premier's visit in the wake of protests by few leftist and Islamist groups.

In 2016, the Bangladesh Bureau of Statistics (BBS) said their latest vital sample statistics report found the country's total population to be 15.89 crore by the end of 2015 with the number of Hindus at 1.70 crore in the Muslim-majority nation.

West Bengal Chief Minister Mamata Banerjee on Saturday alleged Prime Minister Narendra Modi's speech at the Matua temple at Orakandi in Bangladesh was with an eye on elections in West Bengal.

The Trinamool Congress supremo also alleged that Modi violated the model code of conduct through his speech at the temple, holy to the Matua community spread over India and Bangladesh.

However, Modi in his speech at the temple had not made any election promises.

Banerjee said at a public meeting in Kharagpur, "Modi is delivering a speech at a temple in Bangladesh with an eye on elections in West Bengal."

The first phase of voting of an eight phase poll was completed on Saturday.

"This is total violaton of election code of conduct, we are taking up the issue with Election Commission," she said.

The Matua community in West Bengal is estimated to be 30-million strong.

The chief minister said 'our PM goes to a foreign country and speaks with an eye on a section of voters, what about that?'

She alleged that Modi had earlier canvassed for Donald Trump's bid for re-election to the President's post in the United States.

Modi had at a rally in Texas in 2019, come up with the slogan 'Ab ki baar , Trump Sarkar" (This time, Trump government).

"And now during assembly polls in Bengal you are going to Bangladesh to peddle lies before a section of people, to mislead a section of voters here," she said rhetorically addressing the prime minister.

Banerjee recalled the scrapping Bangladeshi actor Firdaus's visa during 2019 Lok Sabha elections 'as he took part in a rally here' and wondered why Modi's visa should not be dealt with in a similar manner.

"Firdaus had just attended one rally and said few lines before a crowd being a popular star in both countries and someone from BJP complained against him to the union home ministry and his visa was cancelled," Banerjee pointed out.

Pointing out that the Bharatiya Janata Party often accused her of bringing in Bangladeshi 'infiltrators', she wondered why Modi 'now goes to Bangladesh to do marketing (sic)' for votes. 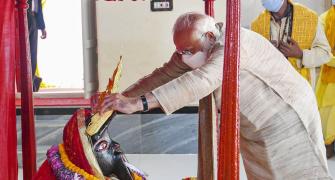 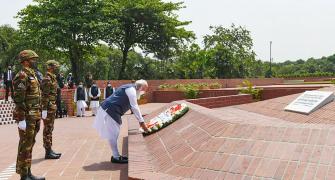 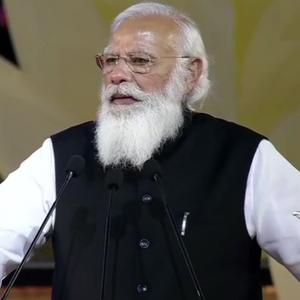 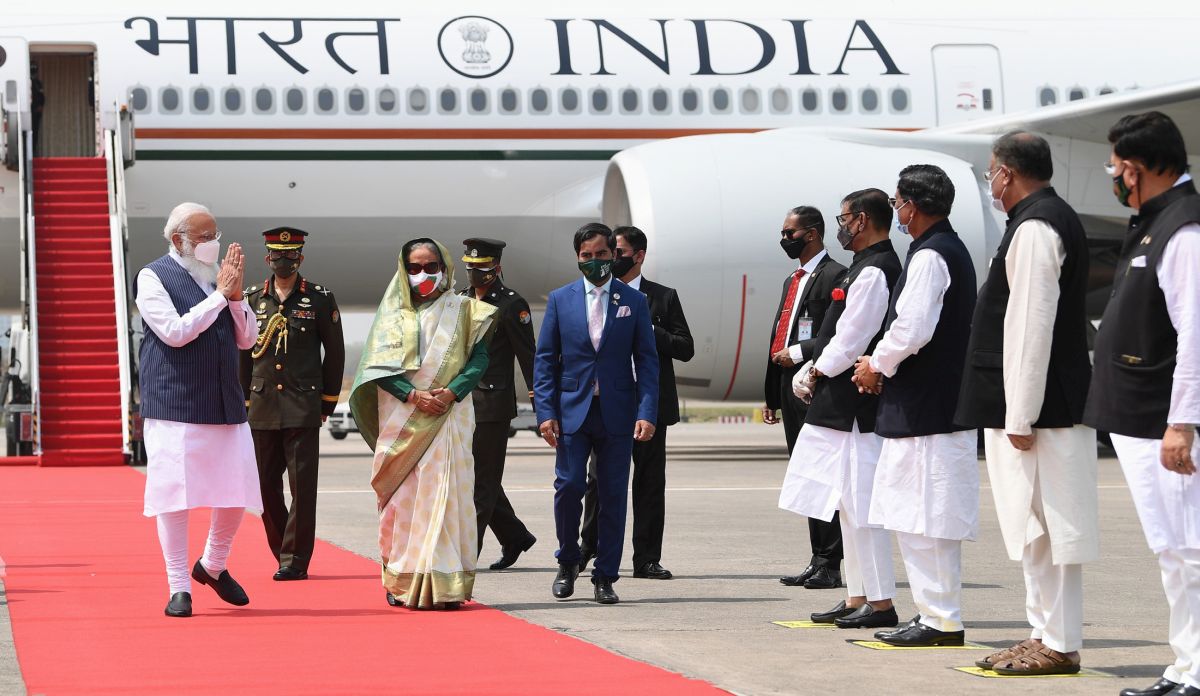