Prime Minister Narendra Modi on Friday flagged off a foot-march from Sabarmati Ashram in Ahmedabad to Dandi village in Navsari district of Gujarat, a re-enactment of the Dandi March or Salt March led by Mahatma Gandhi in 1930. 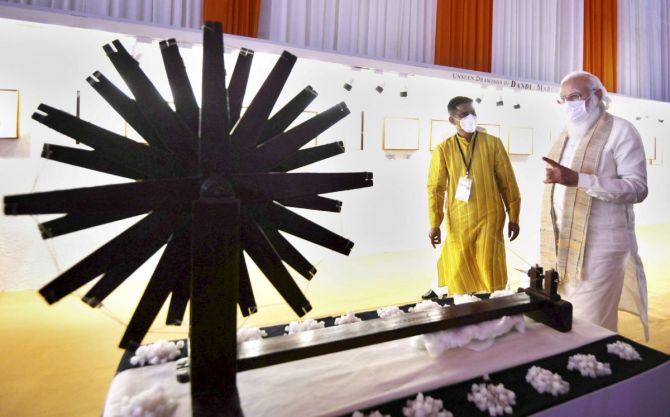 A group of 81 participants set out on the 386-km long journey by the same route.

The march is part of 'Azadi Ka Amrut Mahotsav', launched by Modi at Sabarmati Ashram to mark 75 years of India's independence. 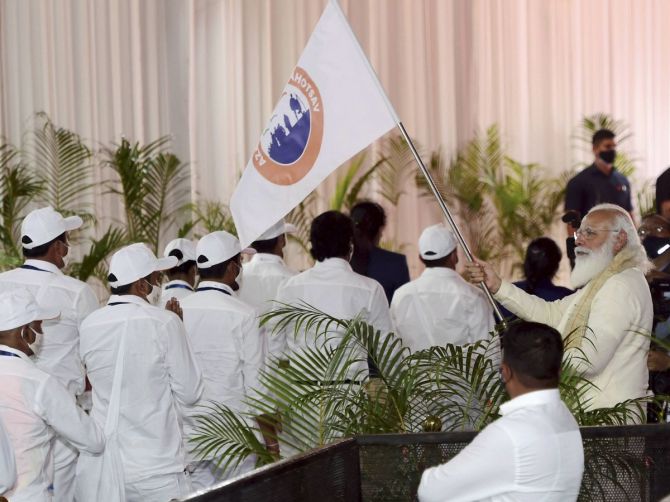 IMAGE: Modi flags off the Dandi March or Salt Movement to celebrate the 75th anniversary of India’s Independence, in Ahmedabad, on Friday. Photograph: Kamal Kishore/PTI Photo 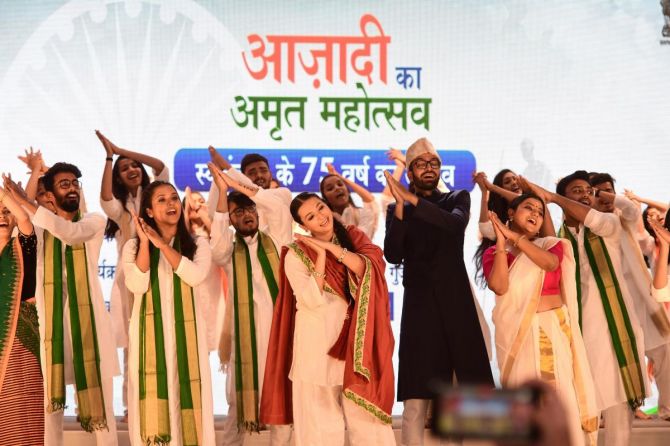 IMAGE: Artists perform during the flag-off ceremony of the Dandi March or Salt Movement to celebrate the 75th anniversary of India’s Independence, in Ahmedabad, on Friday. Photograph: Kamal Kishore/PTI Photo

After walking all day, the participants halted at Aslali village on the outskirts of Ahmedabad on Friday night. 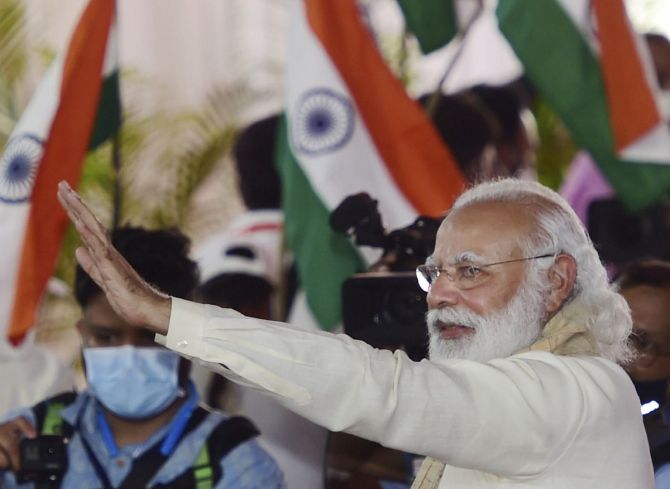 One of them is Dr Anant Dubey, a Madhya Pradesh resident whose grandfather had walked to Dandi with Gandhi in 1930. 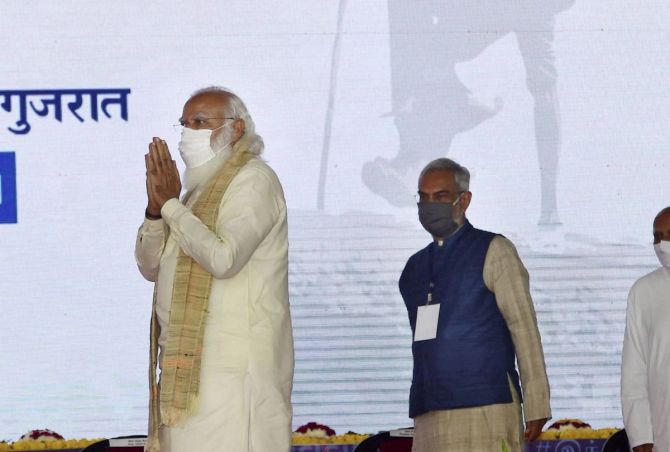 "I am fortunate to walk on the same path today. Prime Minister Modi gave slogans of Atmanirbhar Bharat and Vocal for Local. Gandhi believed in the same principles," said Dubey.

The Salt Satyagrah of 1930 led to the entire nation rallying behind Mahatma Gandhi and lakhs of people joined his civil disobedience movement against the British empire. 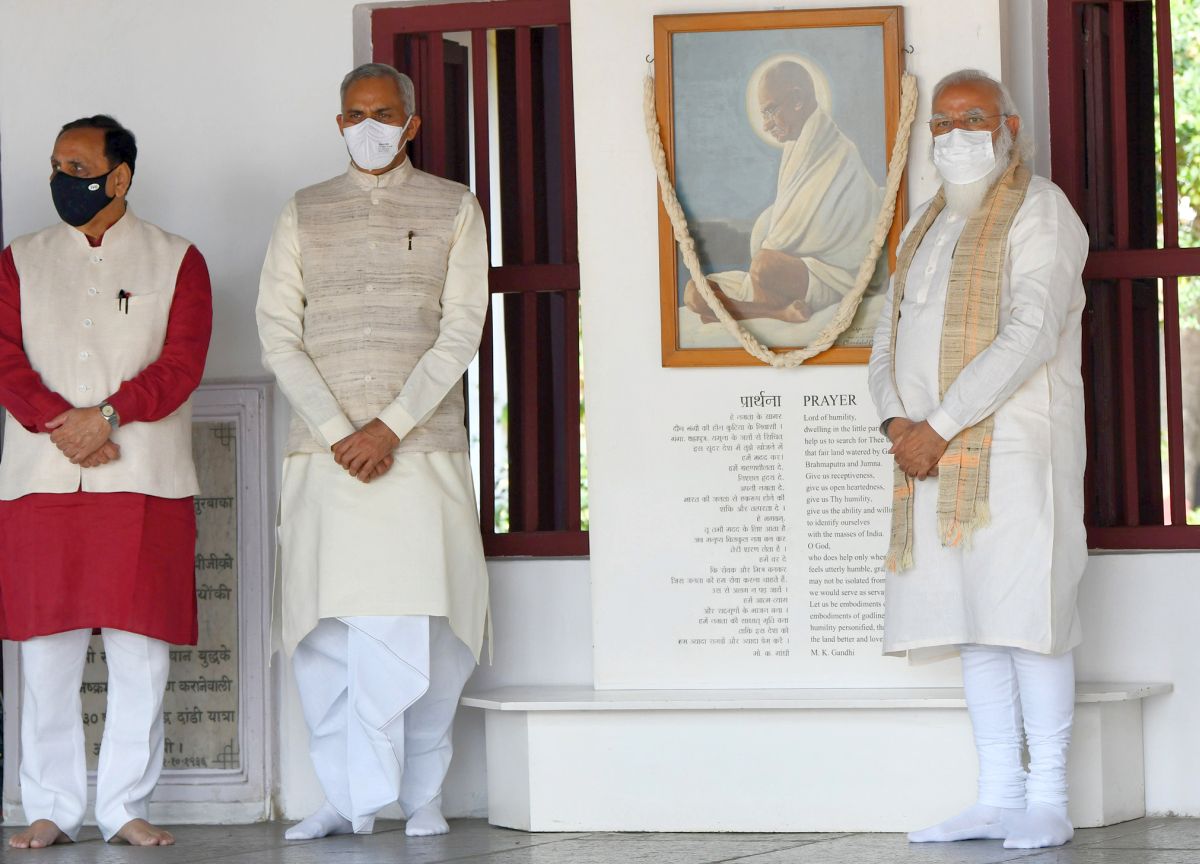 The marchers will halt at 21 places on the way and attend a variety of events at each place highlighting the socio-economic changes taking place in the areas of cleanliness, environment, security and water conservation. The journey will culminate in a big event at Dandi on April 5.

During the function in Ahmedabad, Modi also launched 'Atmanirbhar Incubator' to help promote indigenous cotton and its products, and the official website 'india75.nic.in' about the 75th anniversary of India's independence. 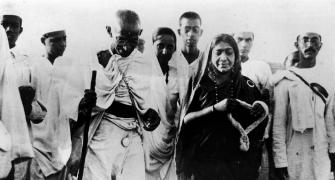 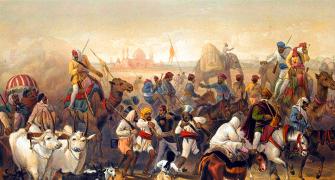 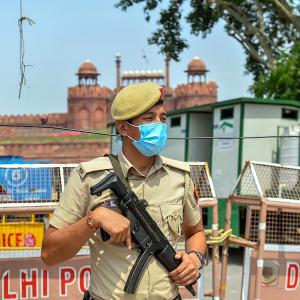