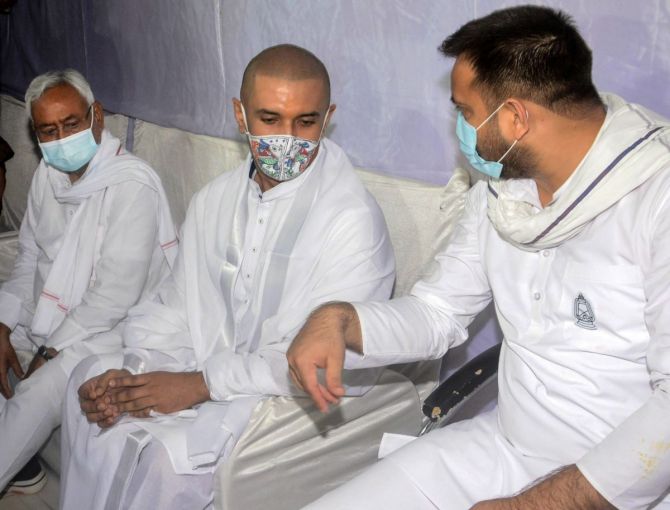 Paswan's son Chirag was seen touching feet of Kumar and some other senior leaders, who have been at the receiving end of the LJP presidents relentless political tirade during the election season.

The Brahm-bhoj as part of the shradha ritual was organised at the LJPs state headquarters in Patna.

The chief minister accepted a laddu (sweet) and met the deceased leaders wife. 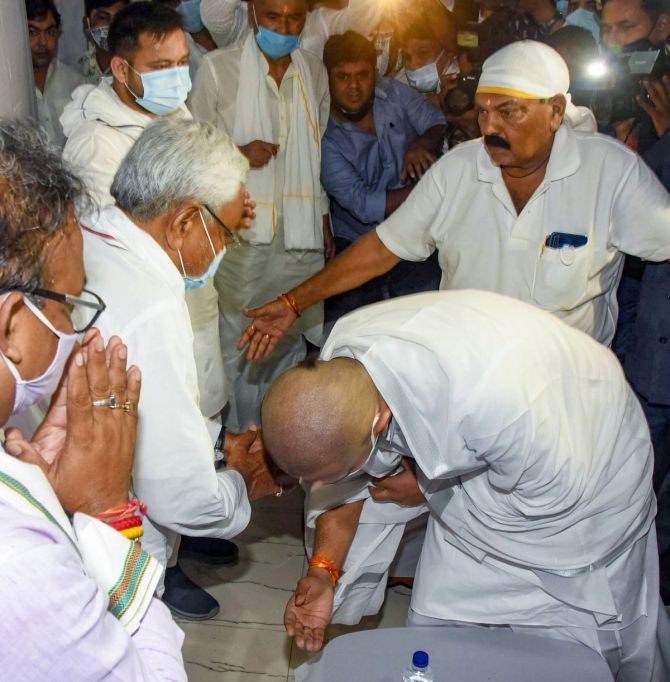 Chirag had on Monday performed the shradha ritual of his father at his Sahabanni village in Khagaria district.

He was accompanied by Prince Raj, who is also the LJP's Bihar unit president.

The 74-year-old leader had died at a Delhi hospital on October 8.

His last rites were conducted with full State honours at Patna on October 10.

The Chirag Paswan-led LJP has disassociated itself with the National Democratic Alliance in Bihar and has put candidates against JD-U nominees in many places. 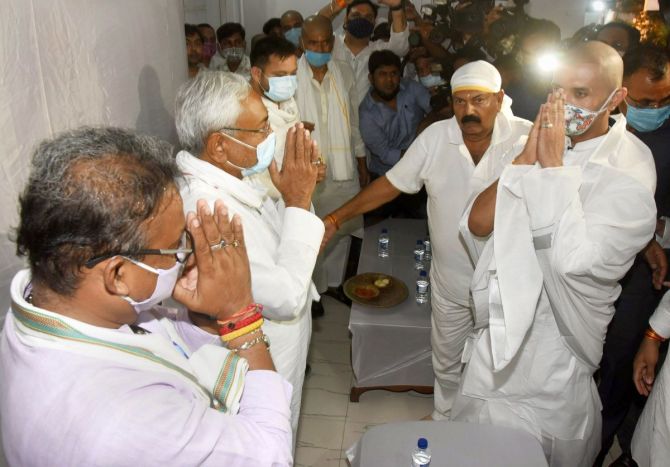 Chirag had initially said he would go all out against the JD-U only, has pitted nearly half-a-dozen nominees against the BJP too.

While the BJP has called his party vote katua (vote splitter), he has advised them chose theirs words wisely.

With all rituals connected to veteran Dalit leader's death ending Tuesday, Chirag is all set to hit the political campaign now. 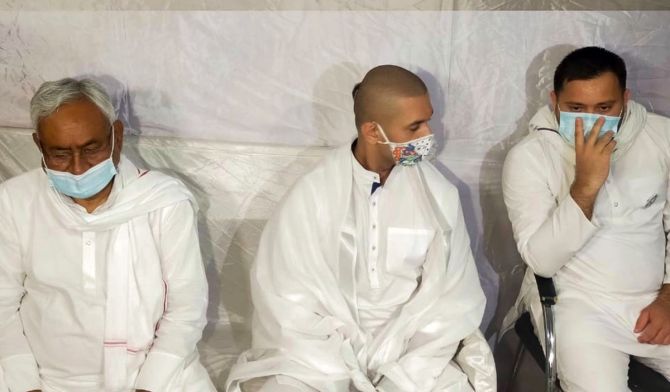 He is scheduled to unveil his party's vision document on Wednesday.

The LJP during the day released list of 41 candidates for the third and final phase of the Bihar polls on November 7.

Many of those named in the latest list would be taking on Kumar's headed party nominees.

This included Sarairanjan constituency from where speaker of the outgoing assembly Vijay Kumar Chaudhary is in the poll fray.