After a busy day in Stockholm, Sweden, Prime Minister Narendra Modi is in the United Kingdom on Wednesday.

PM Modi is in London to attend the Commonwealth Heads of Government Meeting.

The PM will also have a top-level meeting with Britain’s Prime Minister Theresa May as well as a meeting with Queen Elizabeth II at the Buckingham Palace. 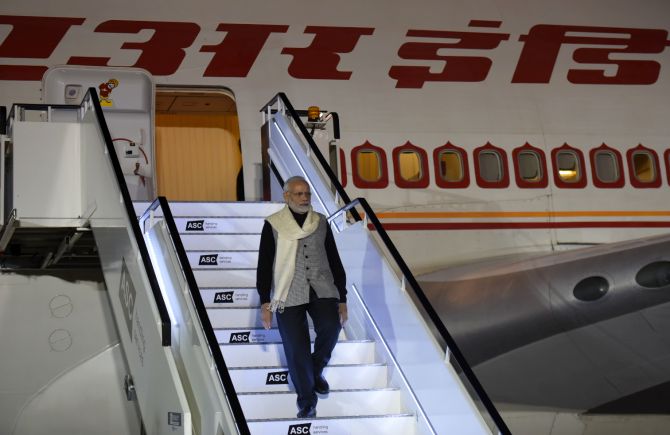 Prime Minister Narendra Modi arrived in the UK on Wednesday for a four-day visit of bilateral engagements as well as multilateral discussions as part of the Commonwealth Heads of Government Meeting. He arrived after his one day visit to Sweden. Photograph: MEAIndia/Flickr 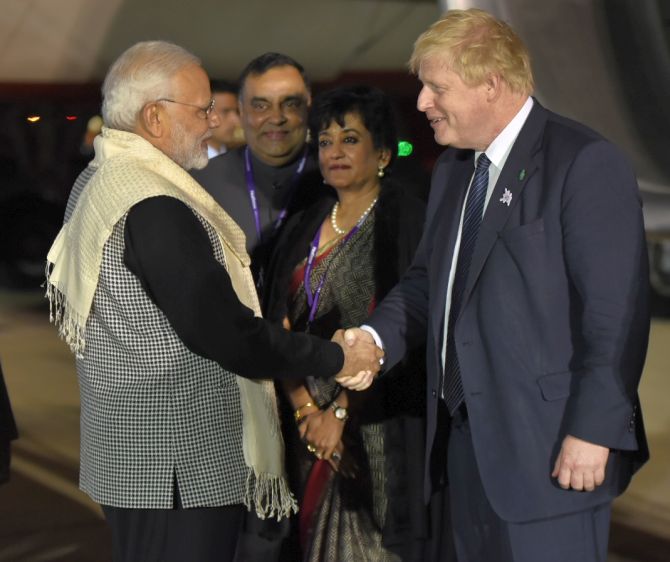 UK Foreign Secretary Boris Johnson received Modi at the Heathrow airport. Johnson said he was “excited” about the growing India-UK bilateral trade and that the visit will help build on “huge economic advantages”. “Thanks to our shared history, we have a living bridge between us… and now we want to build on the incredible tech sector where both India and the UK are making giant strides together,” Johnson said in a statement. Photograph: MEAIndia/Flickr 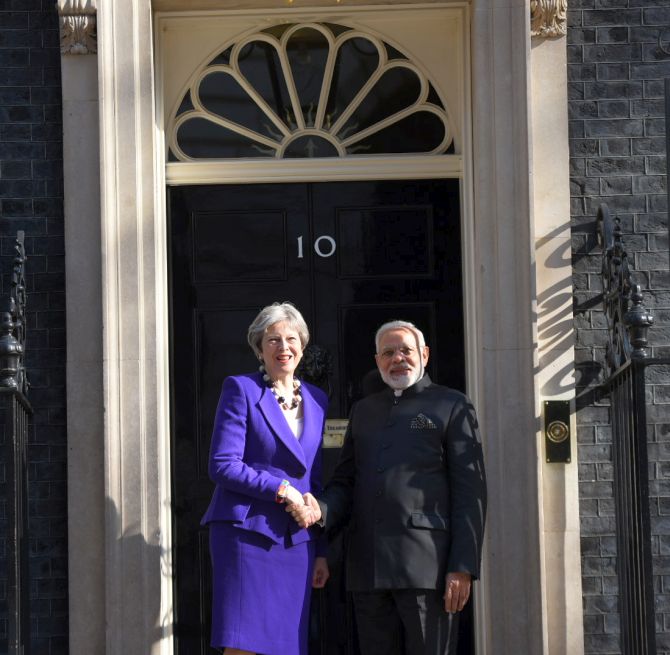 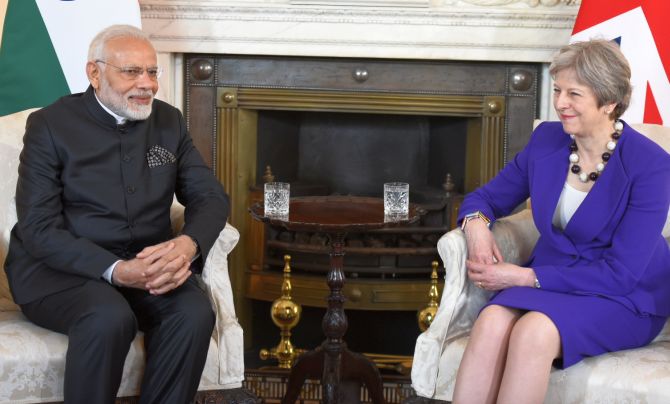 May and Modi held wide-ranging talks on redefining and infusing new energy into the bilateral engagement after Britain’s exit from the European Union. Both leaders discussed ways to boost cooperation between India and UK. Photograph: MEAIndia/Flickr 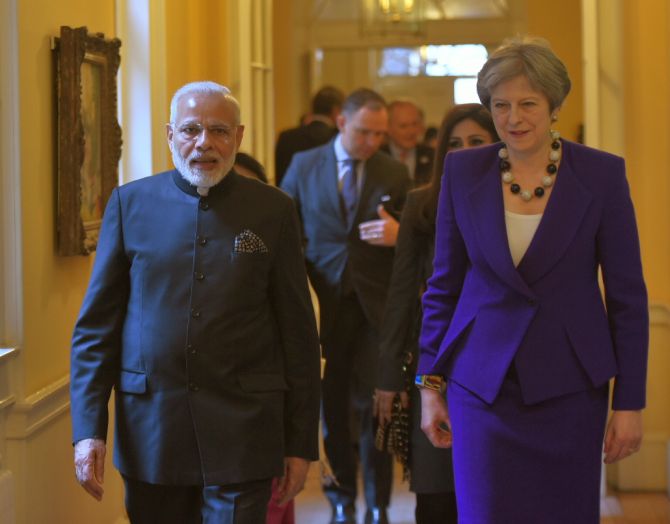 A senior Indian official said that a slew of agreements will be signed between India and the UK during the prime minister’s visit. A memorandum of understanding (on the return of illegal immigrants, which had expired in 2014, will be officially renewed to take into account biometric and other developments in the field, along with a range of nearly a dozen MoUs across different sectors. Photograph: MEAIndia/Flickr 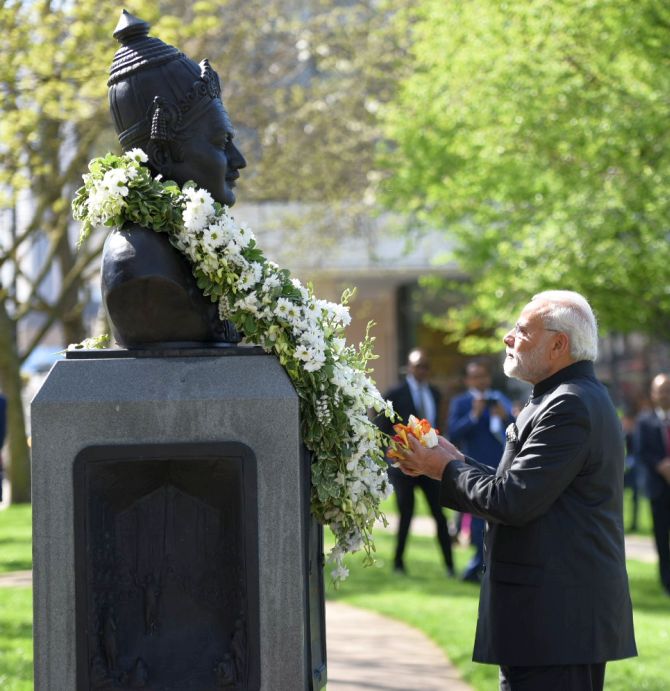 After his meet with Theresa May, Modi paid floral tributes at the bust of 12th century Lingayat philosopher and social reformer Basaveshwara at Albert Embankment Gardens on the banks of the river Thames. The event was organised by The Basaveshwara Foundation, a non-profit organisation-based in the UK that has installed the statue of Basaveshwara. Photograph: MEAIndia/Flickr 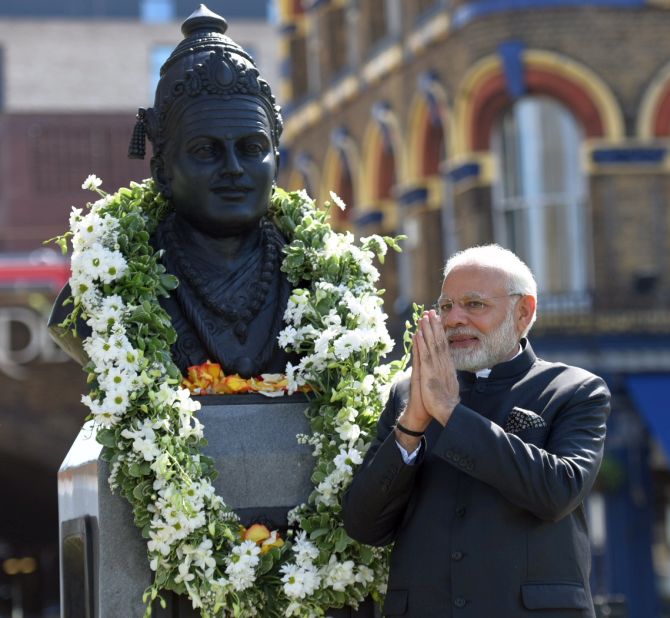 The Basaveshwara statue installed at the Albert Embankment is not only the first statue to be unveiled by an Indian Prime Minister in the UK, but is also the first conceptual statue approved by the British Cabinet in the vicinity of the Parliament. The approval was given as a mark of respect to Indian philosopher and social reformer Basaveshwara for promoting democratic ideals, social justice and gender equality. Basaveshwara (1134-1168) was an Indian philosopher, social reformer and statesman who attempted to create a casteless society and fought against caste and religious discrimination. India has recognised Basaveshwara as one of the pioneers of democracy and his statue was installed in the Indian Parliament during the tenure of Prime Minister Atal Bihari Vajpayee. Photograph: MEAIndia/Flickr 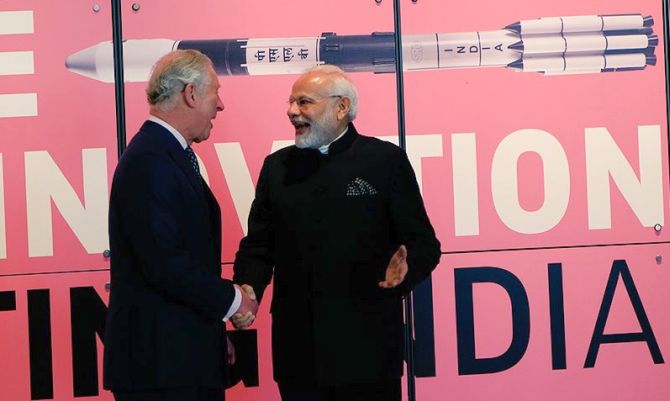 PM Modi met Britain’s Prince Charles at an exhibition organised to celebrate India’s role in the history of science and technology. “The Prime Minister Modi and Prince Charles visited the exhibition on 5,000 years of Science and Technology in India,” tweeted Raveesh Kumar, official spokesperson at the ministry of external affairs. Photograph: @ClarenceHouse/Twitter 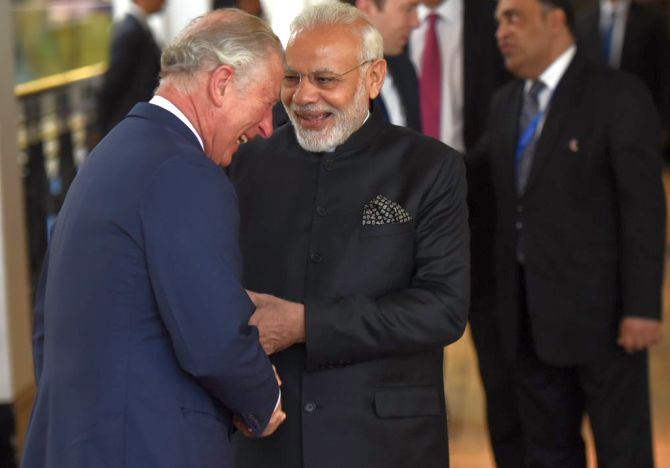 The exhibition, hosted by the Prince of Wales, celebrated India’s role in the history of science and technology by exploring its contributions to subjects including space exploration and engineering. The Prince of Wales and Modi also watched a performance by the Akademi South Asian dance group. Photograph: @ClarenceHouse/Twitter 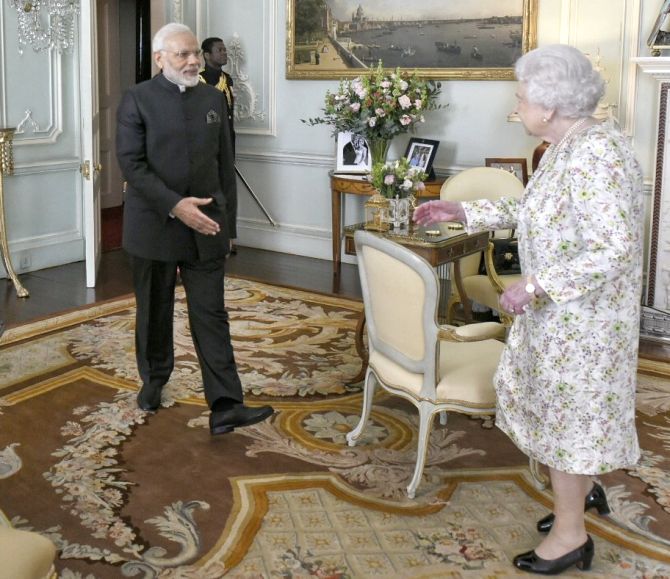 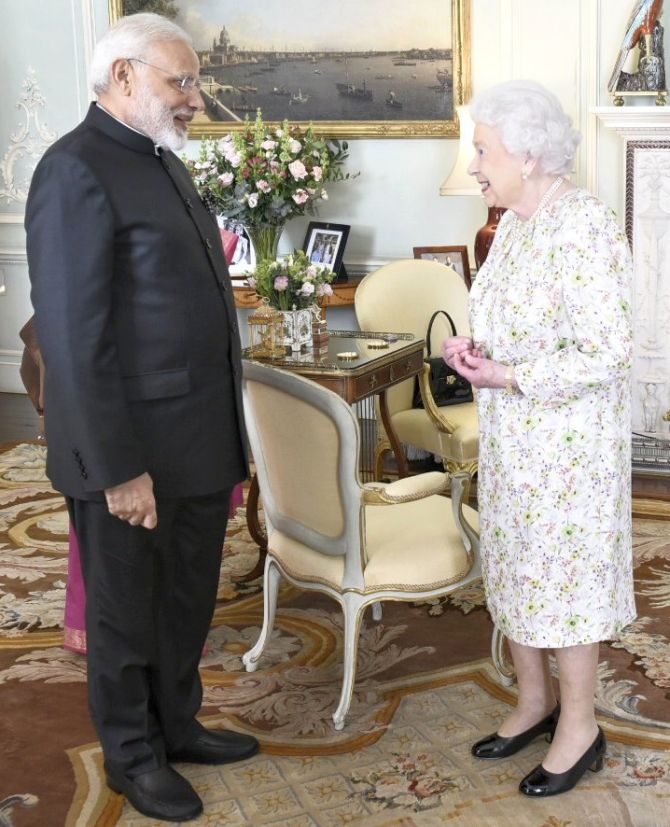 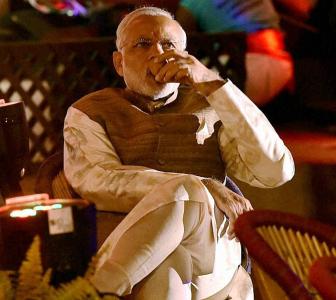 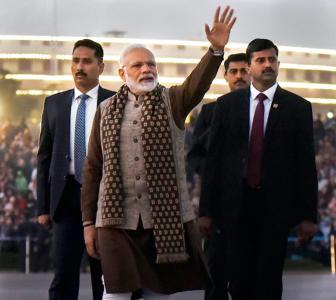 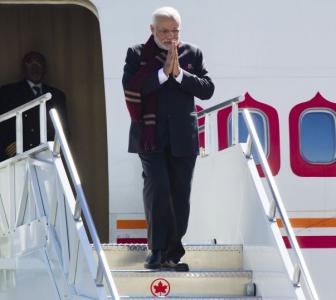 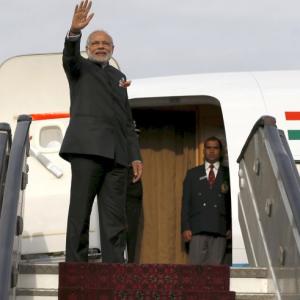 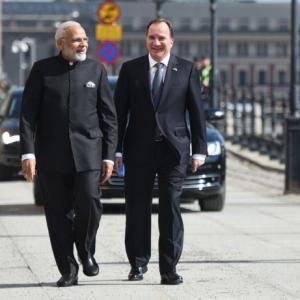