Gunman kills 26 in Texas church; found dead in his car

It’s the deadliest mass shooting in Texas history -- and the fifth deadliest in modern US history. 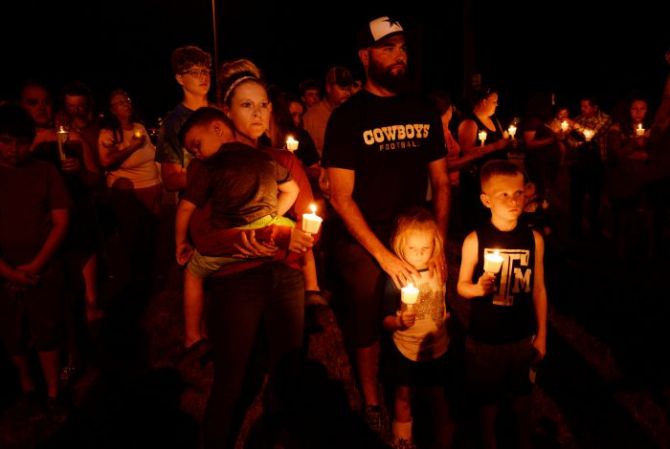 A court-martialled former United States Air Force airman armed with a powerful assault rifle sprayed bullets on worshippers at a Sunday service at a rural church in Texas, killing at least 26 people and injuring 20 others in the latest gun-related massacre to shock the country.

The victims ranged in age from 5 to 72, and among the dead were several children, a pregnant woman and the pastor’s 14-year-old daughter.

Texas Governor Greg Abbott called the slaughter “the largest mass shooting” in the state’s history and ordered flags across the state to fly at half-staff.

Authorities confirmed that the church shooter was a heavily armed white male, in his 20’s, but refused to name him. But the media identified the gunman as Devin Patrick Kelley, 26, who was discharged from the US Air Force in 2014. 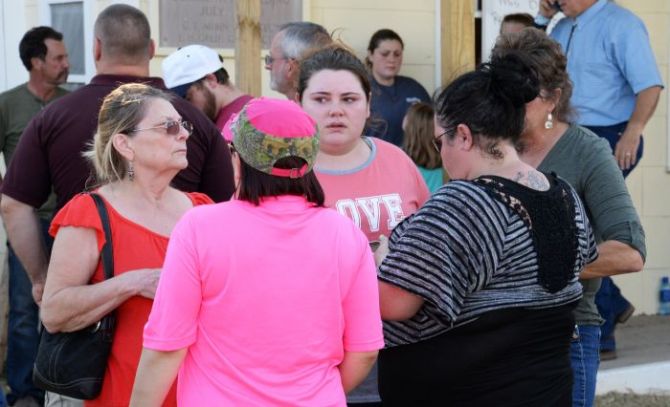 Police said the gunman crossed the street in his vehicle, got out and began firing from his rifle. He then moved to the right side of the church, continuing to fire and then into the building.

As he left, he was confronted by a resident who grabbed his rifle and then began to fire at him as he fled. The resident then chased the shooter who left the scene in his vehicle before leaving the road at the border with Guadalupe County.

He was found dead inside the vehicle, although authorities are not sure if the shooter died from a self-inflicted wound, or whether it was from the resident.

“The exact circumstances of the gunman’s death are still under investigation. The wounded individuals were transported to San Antonio Medical Centre and UniversityHospital in San Antonio,” the Texas Department of Public Safety said.

The San Antonio Federal Bureau of Investigation branch said there was no indication of the gunman’s motive.

In a brief statement, the Pentagon said the suspect was an airman “at one point,” but additional details about his time in the Air Force were not immediately available. 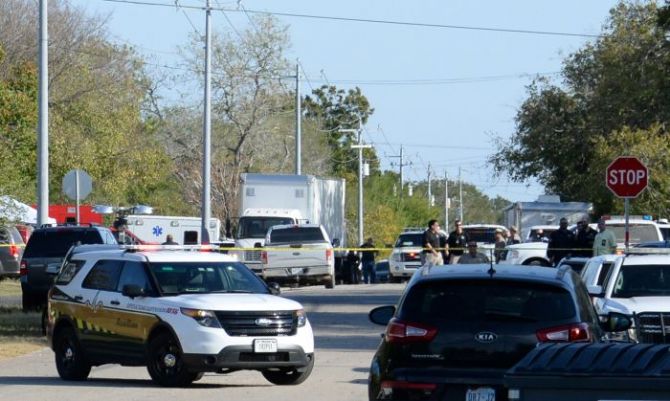 IMAGE: Police teams close off the roads near the scene after the shooting.

The US officials said the suspect lived in a San Antonio suburb and does not appear to be linked to organised terrorist groups. The officials said investigators are looking at social media posts Kelley may have made in the days before Sunday’s attack in Sutherland Springs, located about 48 km east of San Antonio city.

Kelley was previously a member of the US Air Force and served at Holloman Air Force Base in New Mexico from 2010 until his discharge, according to Air Force spokeswoman Ann Stefanek.

Kelley was court-martialled in 2012 for assault on his spouse and assault on their child, according to Stefanek. Kelley served a year in confinement and received a bad conduct discharge, the spokeswoman said. His rank was also reduced, she said.

United States President Donald Trump, who is in Japan on the first leg of a 12-day Asia tour, expressed condolences to the victims of the mass shooting and also called Governor Abbott.

He condemned the shooting as an “act of evil” and said Americans would pull together. 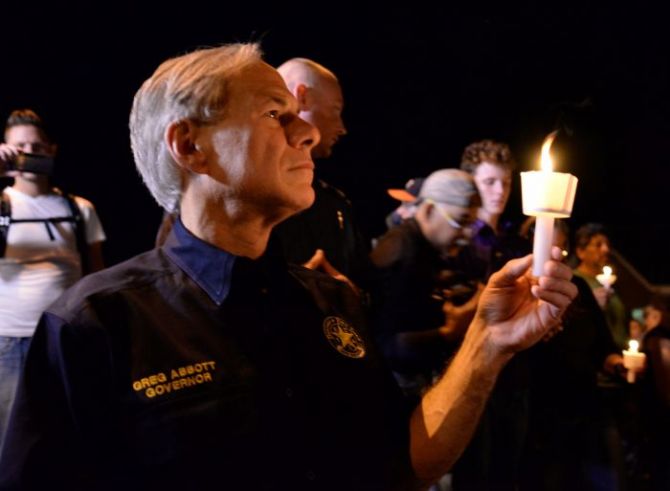 Trump said the gunman had a “mental health problem” and that this “is not a guns situation”.

“Preliminary reports show a very deranged individual who’s been having a problem for a very long time,” he said, adding that “We have a lot of mental health problems in our country.”

Trump said it was fortunate that another person on the scene had a firearm, otherwise “it would have been much worse.”

The shooting has devastated the small Texas town in the east of San Antonio, described as a place where “everybody knows everybody” and sent shockwaves across the US, as the nation confronts a breaking point over race and gun violence.

Less than a thousand people live in Sutherland Springs and officials believe that the number of people who are injured and killed make up about 10 per cent of the entire population.

“While the details of this horrific act are still under investigation... I want to send our sincerest thoughts and prayers to all those who have been affected by this evil act,”Texas Governor Abbott said. 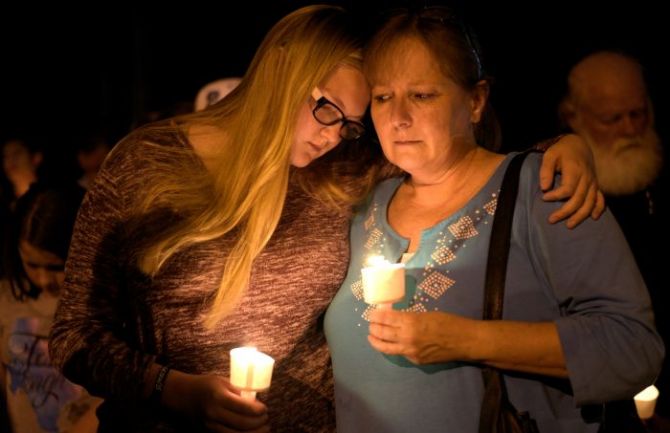 Former US president Barack Obama expressed his condolences over the incident and said, “may God also grant all of us the wisdom to ask what concrete steps we can take to reduce the violence and weaponry in our midst,” he said.

It’s the deadliest mass shooting in Texas history -- and the fifth deadliest in modern US history.

The shooting comes just a month after a gunman in Las Vegas opened fire on an outdoor music festival, killing 58 people in the deadliest mass shooting in recent US history.

On June 12, 2016, a heavily-armed gunman opened shooting inside a nightclub in Orlando. Forty-nine people were killed in the shooting with the attacker pledging allegiance to the Islamic State group, which later claimed its responsibility.

In December 2015, a radicalised Muslim couple, hailing from Pakistan, stormed a Christmas office party in San Bernardino, California, and gunned down 14 people.

Texas witnessed its worst shooting in 1991 when a man drove his pickup truck into a cafeteria and opened fire, killing 23 people. 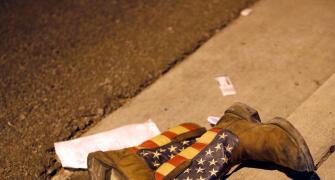 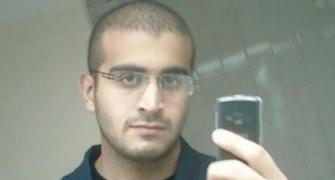 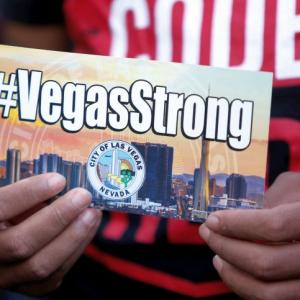