Heat is unbearable for India's hottest city too 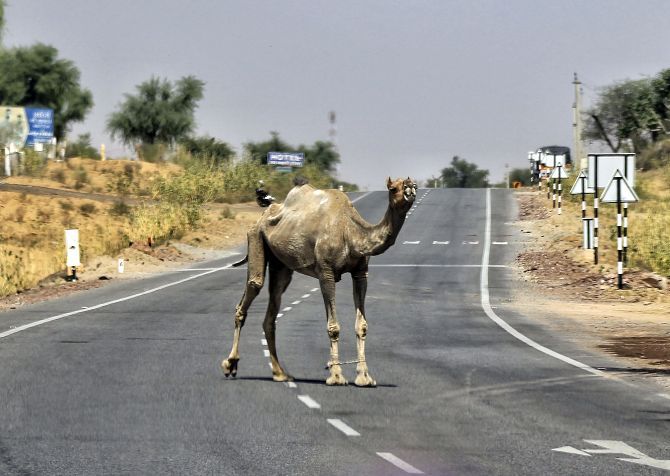 IMAGE: A camel stands on a road on a hot, summer day, in Churu. Photograph: PTI Photo

As almost always this season, it's a hot day in this desert district.

But with just hours to go before his wedding, Akash Kumar seems to be on top of the situation.

As he sits under the shade of a tree in the compound of his home at Kalyanpura village near Churu, a water sprinkler is in operation, constantly cooling the ground around him.

"I am happy that my friends and close relatives are sitting with me in the open at 2 pm, when the heat is at its peak," he said.

"It is kind of a facility for the guests," he says, talking about the sprinkler.

It helps that the guests around him are likely from Churu itself, infamous for the heat.

But it's a tougher summer this year, people say.

The bridegroom's uncle Harlal has been doing the rounds of the village, meeting people at their homes and reminding them about the wedding procession that will set off in the evening.

"Roads wear a deserted look, no one comes out of their home because of the extreme heat," he says.

"Of the 10 rooms, we have ACs in two and some coolers also. But the number of guests is large. So we have made this arrangement to counter the heat to some extent," he says.

The maximum temperature on Akash Kumar's wedding day is 47 degree Celsius. But the mercury has crossed 50 degrees thrice this season.

Churu town resident Rajveer Singh says the summer this year has been more severe than the ones they normally face.

"We are used to facing 47-48 degree temperature in summers and below freezing point in winters. But the intense heat that we are facing this time is unprecedented," he says.

"We start our day quite early, because by the time its 8 or 9 am it starts sizzling. Farmers too start their work by 4 am and finish by 8 am, and they go to the fields again after 6 or 7 pm," Singh adds.

"The AC and the cooler fail when the temperature is above 45 degree Celsius. The fans too throw hot air. The only natural method to contain the heat is to splash water on the floor to make the place a bit cooler," he says, covering his head with a piece of wet cloth.

"We consume a lot of liquids and avoid heavy meals to beat the heat," he says. 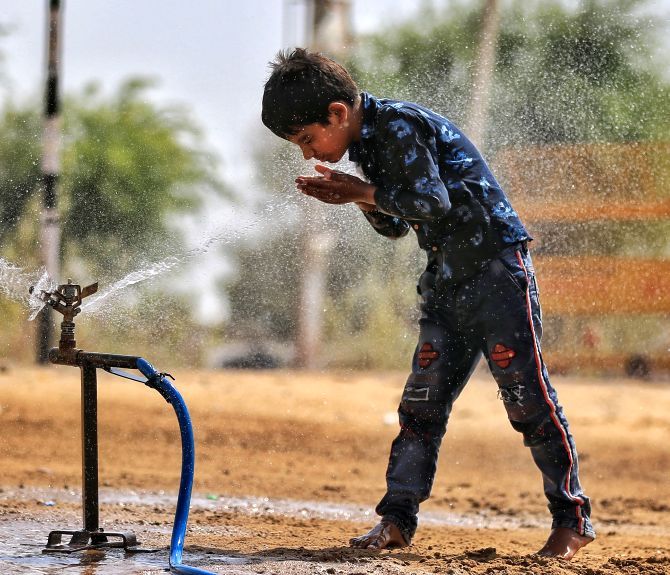 IMAGE: A young boy stands next to a leaking water source in Churu. Photograph: PTI Photo

In Churu, ice cream sellers and sugarcane juice vendors do well during the evening hours when most people begin stepping outdoors.

Many shopkeepers keep their shutters down from about 1 pm to 4 or 5 pm when the heat is unbearable, and people walk around with their heads covered.

There is some increase in the number of patients suffering from dehydration, but no cases of heat stroke so far, according to him.

Some blame deforestation for the searing heat in the district, which falls in Thar desert.

"Only 0.44 per cent of the total area of Churu is covered by forest," forest officer Banwari Sharma says.

His department plants and distributes saplings during the monsoon, but a small number of them survive to grow into trees.

In winters, mercury dips below zero degree Celsius at times.

Churu is known for the blackbuck population in the Tal Chhapar sanctuary. But the district doesn't see much tourism, or agriculture. 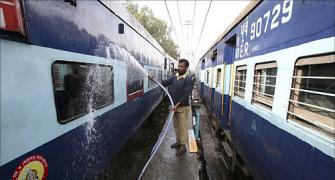 4 Kerala Express passengers die due to heat in UP 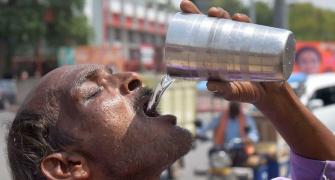 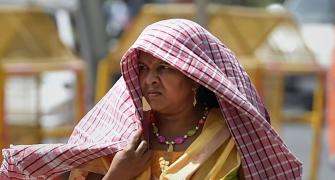 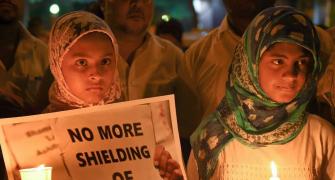 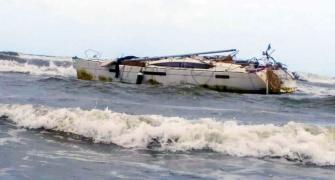 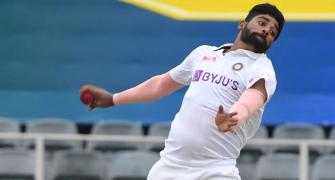 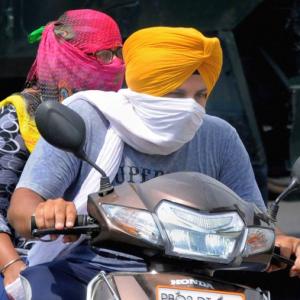