Indian-American economist Abhijit Banerjee and his French-American wife Esther Duflo along with their colleague Michael Kremer received the 2019 Nobel Prize in Economic Sciences on Tuesday for their work to alleviate global poverty that has helped millions of children in an experimental approach that favours practical steps over theory. 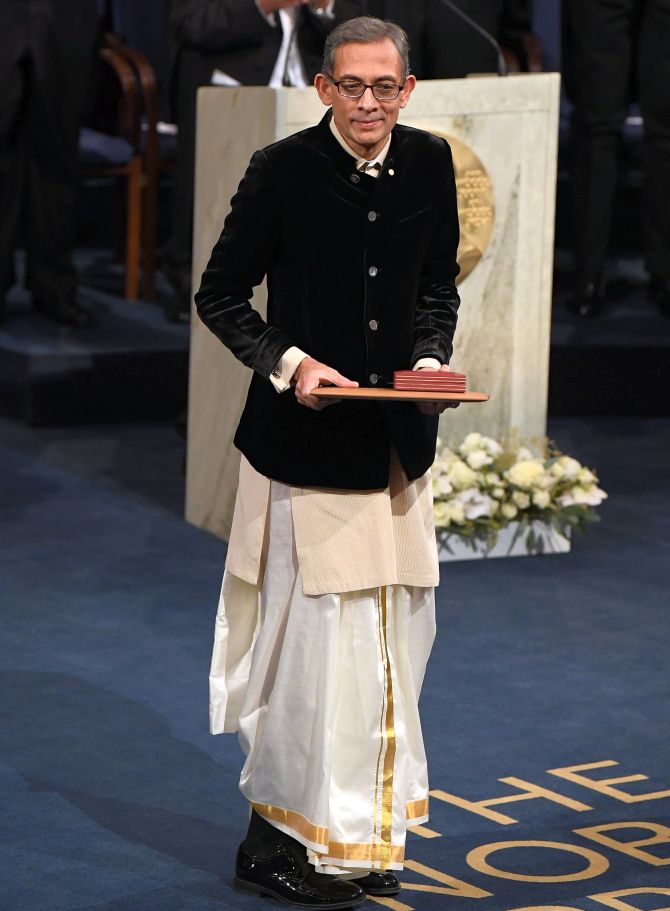 The US-based economists looked dapper with Banerjee turning up in bandhgala that he teamed with a white and gold-bordered dhoti.

Duflo also chose to wear Indian attire in a saree and red blouse and the quintessential red bindi for the award ceremony that was held at the Stockholm Concert Hall.

In a tweet, the Nobel Prize committee shared a small video of Banerjee, Duflo and Kremer receiving the award. "Watch Abhijit Banerjee, Esther Duflo and Michael Kremer receive their medals and diplomas at the #NobelPrize award ceremony today. Congratulations! They were awarded the 2019 Prize in Economic Sciences for their experimental approach to alleviating global poverty," Nobel Prize tweeted.

"The research conducted by this year's Laureates has considerably improved our ability to fight global poverty. In just two decades, their new, experiment-based approach has transformed development economics, which is now a flourishing field of research," the organisation said on its website. 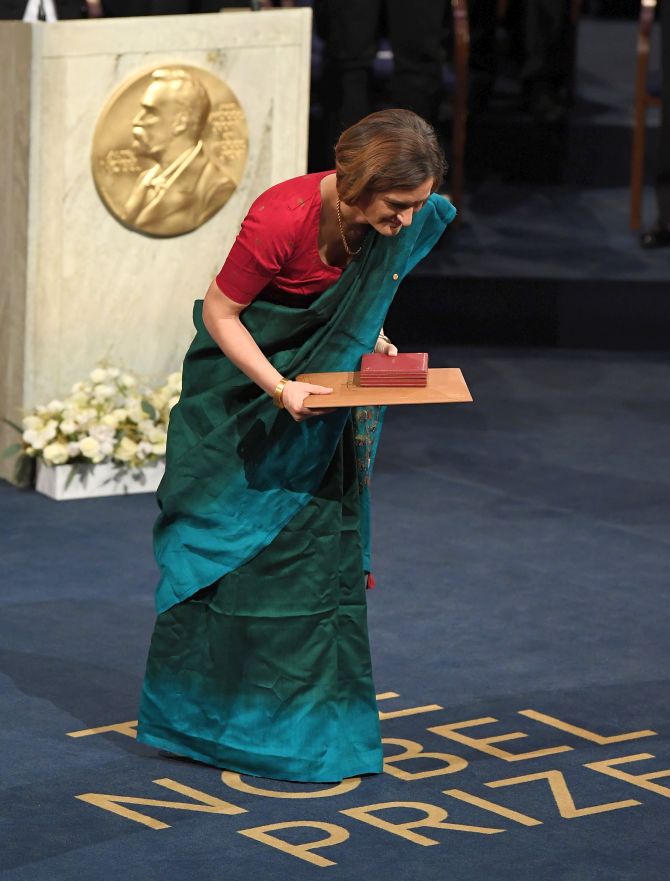 With this, Banerjee becomes second Indian to receive Nobel Prize in Economics. In 1998, Amartya Sen was awarded the Nobel Prize "for his contributions to welfare economics".

The 58-year-old Kolkata-born economist is currently the Ford Foundation International Professor of Economics at Massachusetts Institute of Technology.

Meanwhile, 46-year-old Duflo became only the second woman to win the prize for economics.

Following the announcement of the Nobel in October, Prime Minister Narendra Modi had congratulated Banerjee and met him. Prime Minister Modi had said that he has made notable contributions in the field of poverty alleviation.

Taking to Twitter, he tweeted: "Congratulations to Abhijit Banerjee on being conferred the 2019 Sveriges Riksbank Prize in Economic Sciences in Memory of Alfred Nobel. He has made notable contributions in the field of poverty alleviation."