Over a hundred horses jumped through bonfires in a purification ceremony last week during the Spanish festival of “Las Luminarias” in a village northwest of Madrid.

Take a look at this fiery fest. 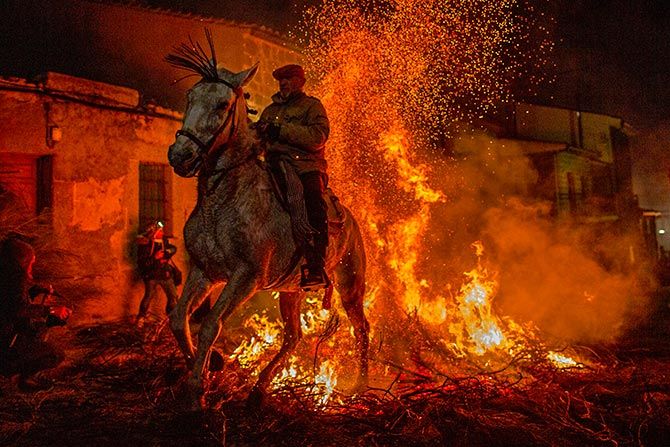 A man rides a horse through flames during the annual 'Luminarias' celebration on the eve of Saint Anthony's day, Spain's patron saint of animals, in the village of San Bartolome de Pinares, northwest of Madrid, Spain. Photograph: Pablo Blazquez Dominguez/Getty Images 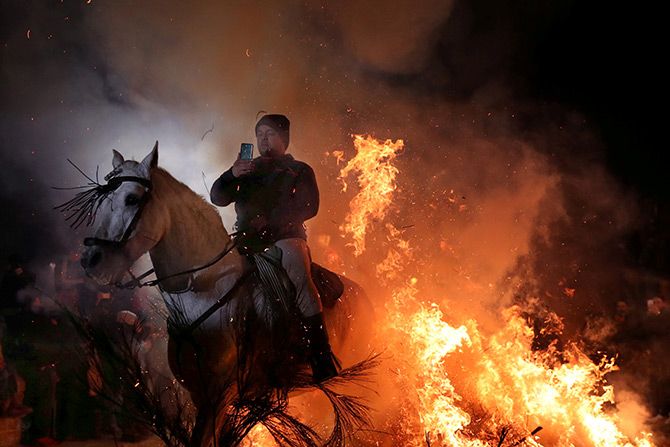 Participants believe that horses who leap through the flames of specially constructed bonfires will be purified during the coming year. Photograph: Susana Vera/Reuters 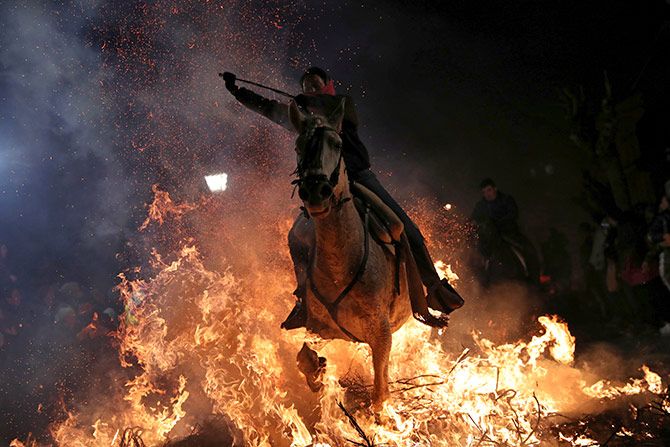 Scores of riders jumped their mounts through bonfires in the Spanish village of San Bartolome de Pinares, northwest of Madrid, for a tradition that locals say is an integral part of their culture. Photograph: Susana Vera/Reuters 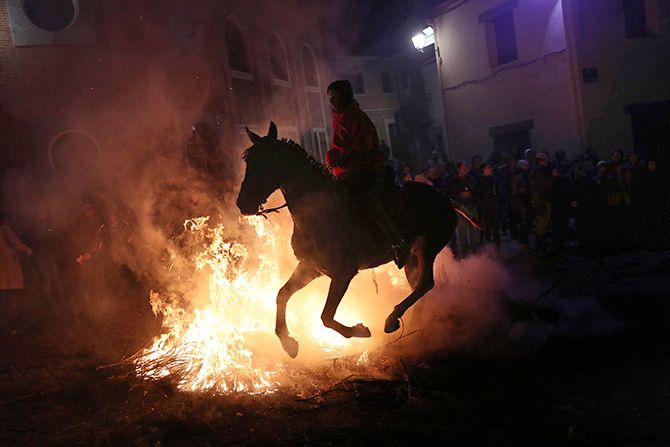 Animal rights groups have long been critical of the event, with Spanish political party the Animalist Party Against the Mistreatment of Animals describing the festival on its website as an example of 'clear animal abuse'. Photograph: Susana Vera/Reuters 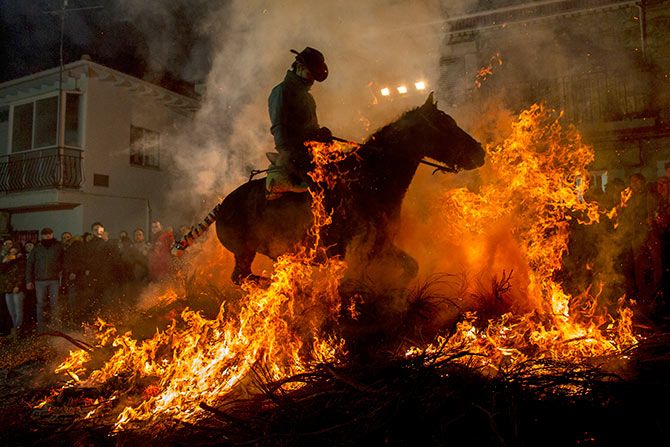 Despite being criticised by animal rights groups over the years, a participant says that the horses were not harmed due to precautions taken by riders to cut horse hair to avoid burns. Photograph: Pablo Blazquez Dominguez/Getty Images 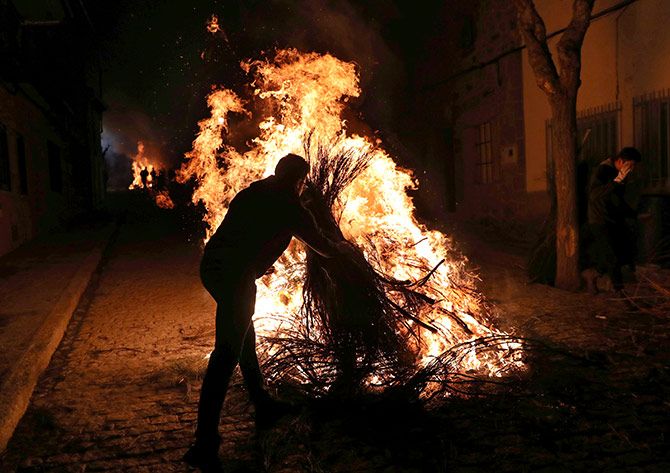 The tradition that dates back 500 years and is meant to purify the animals with the smoke of the bonfires and protect them for the year to come. Photograph: Susana Vera/Reuters 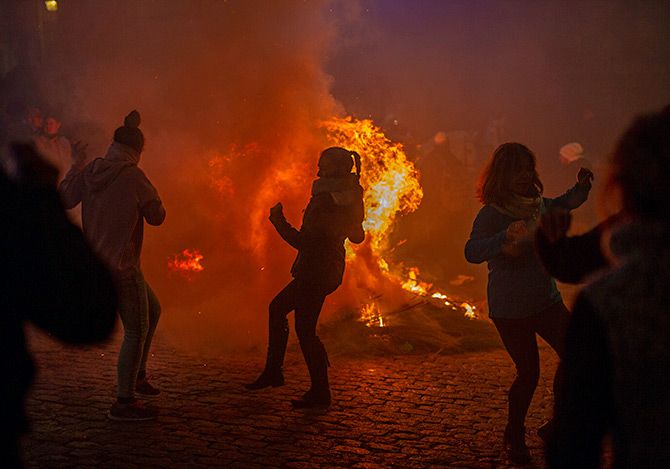 After the ceremony, residents cook meat on the blazes before partying the night away. Photograph: Pablo Blazquez Dominguez/Getty Images 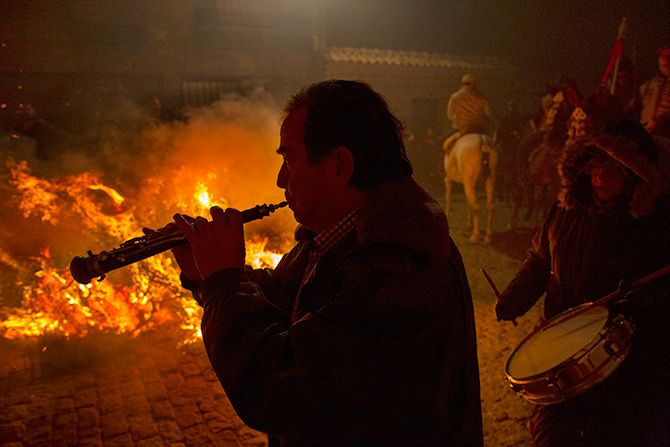 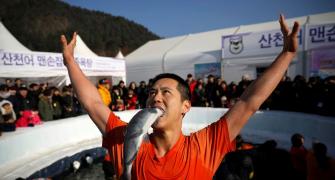 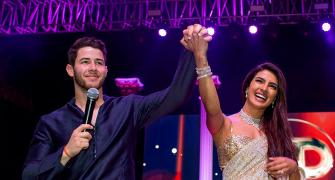 Why PETA is upset with Priyanka-Nick's wedding 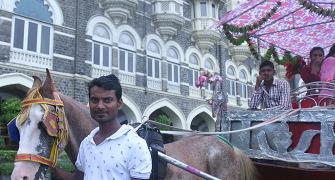 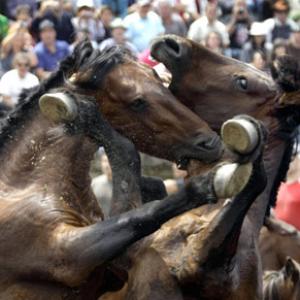 In PHOTOS: Horse wrestling in Spain 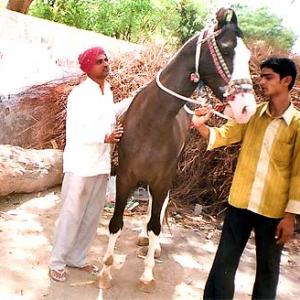 The saddle-maker who breeds horses