At least one gunman attacked worshipers at a popular Shiite shrine in Kabul on Tuesday, Afghan officials said, killing at least 14 people and wounding 26 others on one of the sect’s holiest days of the year. 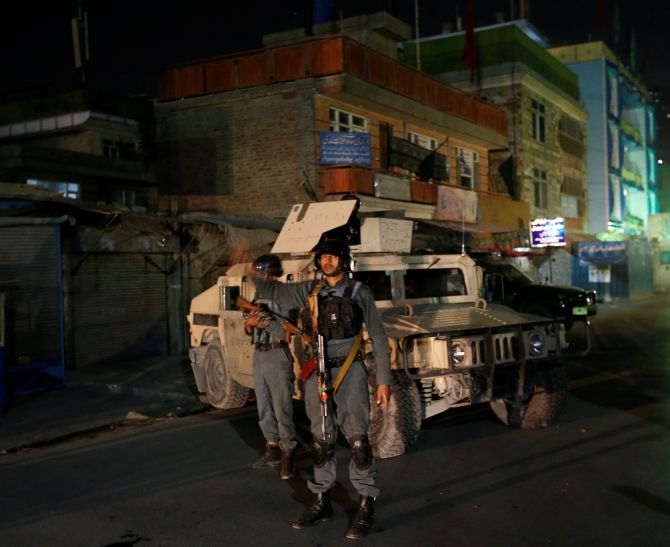 The attack took place as Shiites gathered at the Karte Sakhi shrine for Ashura, a commemoration of the martyrdom of Hussein, a grandson of the Prophet Muhammad.

There was no immediate claim of responsibility for Tuesday’s attack.

Hussain Ali, a nearby resident, was quoted by The Wall Street Journal saying hearing he heard two explosions early in the evening, followed by the sound of gunfire. The streets surrounding the mosque were swiftly cordoned off by security forces.

Officials initially said several attackers had broken into the shrine, but later changed that number to just one person.

Several police officers were among the dead and wounded, including the district police chief, the officials said. 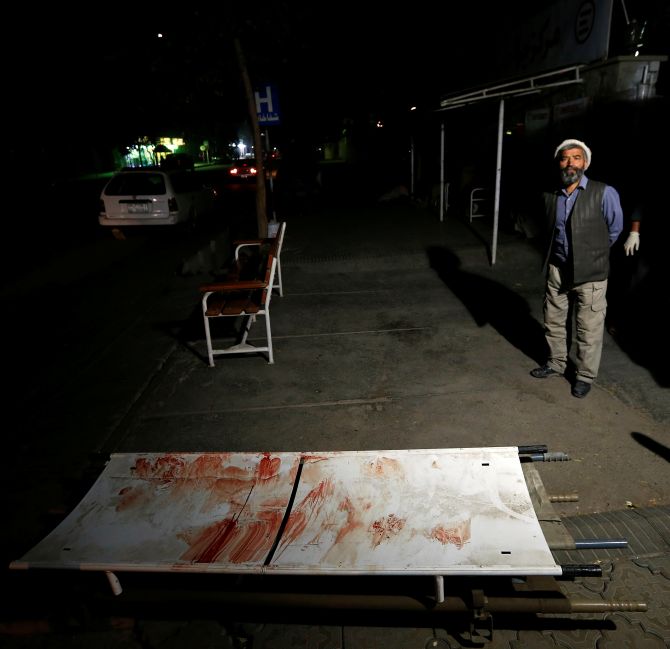 IMAGE: A blood-stained stretcher is placed outside a hospital after an attack in Kabul. Photograph: Mohammad Ismail/Reuters

Militant Sunni fundamentalists such as the Taliban and the Islamic State group frequently attack Shiite mosques and public gatherings.

A July suicide bomb attack in central Kabul that targeted a public demonstration by Hazaras against discrimination killed at least 80 people and wounded more than 200.

In 2011, at least 54 people were killed when a suicide bomber detonated his device at another Kabul shrine where hundreds of people had gathered. A Shiite mosque in the northern city of Mazar-i-Sharif was hit at the same time, leaving four dead. 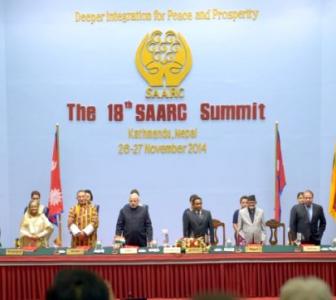 Why Bangladesh, Bhutan, Afghanistan have pulled out of SAARC 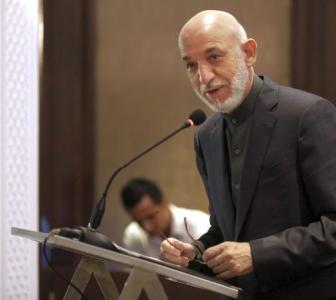 India is not engaged in proxy war in Afghanistan, Pak encouraging radicalism: Karzai