News
Business
Movies
Sports
Cricket
Get Ahead
Money Tips
Shopping
Sign in  |  Create a Rediffmail account
Rediff.com  » News » Good to be back in my country, says Abhinandan after release from Pak custody

Good to be back in my country, says Abhinandan after release from Pak custody

Abhinandan will undergo debriefing which will include his physiological as well as a physical check-up in the presence of officials from the military and Intelligence agencies. 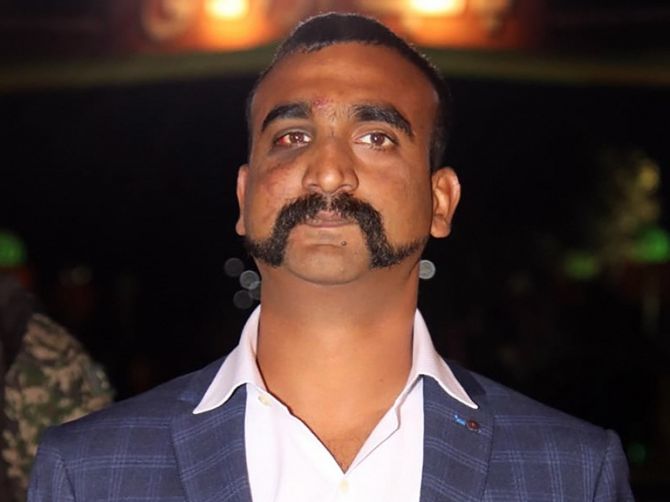 IMAGE: Indian Air Force pilot Wing Commander Abhinandan Varthaman as he is released by Pakistan authorities at Wagah border on the Pakistani side. Photograph: PTI Photo

"It is good to be back in my country," was the first reaction of Indian Air Force pilot Wing Commander Abhinandan Varthaman as he set his foot back on Indian soil.

This was stated by an official quoting Varthaman after he received the pilot at the Attari-Wagah border soon after his release by Pakistan.

After landing in New Delhi a group of people gave a rousing welcome to him at the Palam airport.

Varthaman was captured by Pakistani authorities on February 27 after an air combat between the air forces of the two countries, a day after New Delhi had conducted counter-terror operations in Pakistan's Balakot.

He was handed over to Indian authorities at Attari-Wagah border on Friday evening. After a long wait, he finally emerged at 9.10 p.m(IST) at the Wagah checkpost on the Pakistani side, accompanied by Pakistani rangers, the Indian air attache posted in the High Commission in Islamabad.

He was wearing a civilian clothes -- a dark jacket and khakhi trousers, walking proudly toward the gates that separated his captors' country from his homeland.

"We are happy to have him back," said a top IAF officer shortly after Varthaman was handed over to Indian authorities.

Reading out a brief statement, Air Vice Marshal R G K Kapoor, assistant chief of Air Staff, told a posse of reporters that the pilot will be taken for a detailed medical examination as he was subjected to lot of stress during his nearly three-day captivity.

"He will be taken for a detailed medical checkup. The officer has had to eject from a plane which would have put his body under immense strain," said Kapoor.

The Air Vice Marshal did not take any question from the media.

Abhinandan will undergo debriefing Saturday which will include his physiological as well as a physical check-up in the presence of officials from the military and Intelligence agencies. 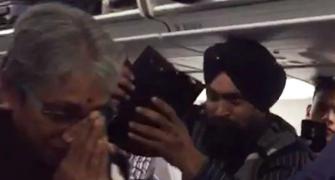 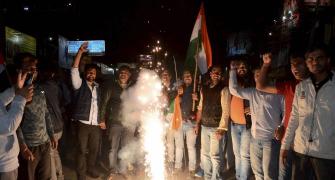 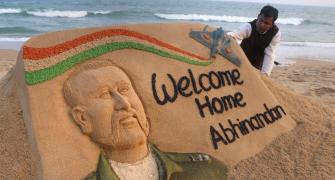 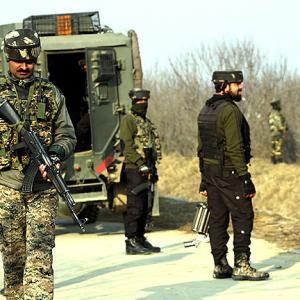