Three people were killed in southwestern France on Friday when a gunman held up a car, opened fire on police and then took hostages in a supermarket. 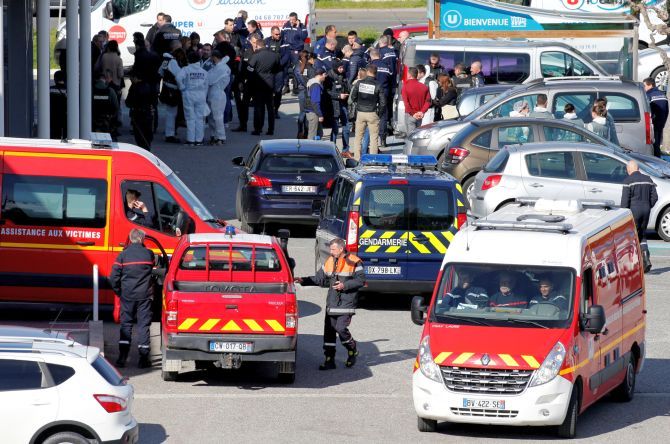 Security forces later stormed the supermarket in the small town of Trebes and killed the gunman after he carried out three separate attacks in the medieval town of Carcassonne and nearby Trebes.

The man first hijacked a car in Carcassonne, killing a passenger and injuring the driver, before shooting a policeman who was out jogging with his colleagues nearby.

He then drove to a Super U supermarket in Trebes and holed up there for more than three hours with hostages, killing at least two people, according to media reports.

Some eye-witnesses reported that the attacker was armed with knives, a gun and grenades and shouted "Allahu Akbar" (God is greatest) before going into the supermarket.

According to local media reports, the hostage-taker claimed allegiance to Islamic State and that he demanded the release of Salah Abdeslam -- the prime surviving suspect in the Islamic State attacks that killed 130 people in Paris in 2015.

After letting his hostages go, the gunman remained in the store with just one policeman, who along with another officer was shot and injured when anti-terror forces swooped on the building. 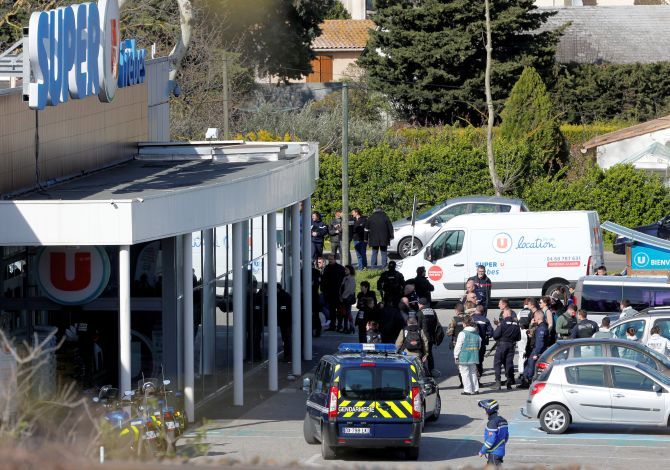 French President Emmanuel Macron paid tribute to the quick reactions of the emergency services and said he would be returning to Paris from Brussels at the end of an EU summit so he can coordinate the national response.

"All the information we currently have leads us to believe it is a terrorist act," Prime Minister Edouard Philippe said.

The killing spree came with France still on high alert after a string of jihadist attacks since 2015.

The terror attacks in France started in January 2015 with the assault on satirical magazine Charlie Hebdo that left 12 people dead. 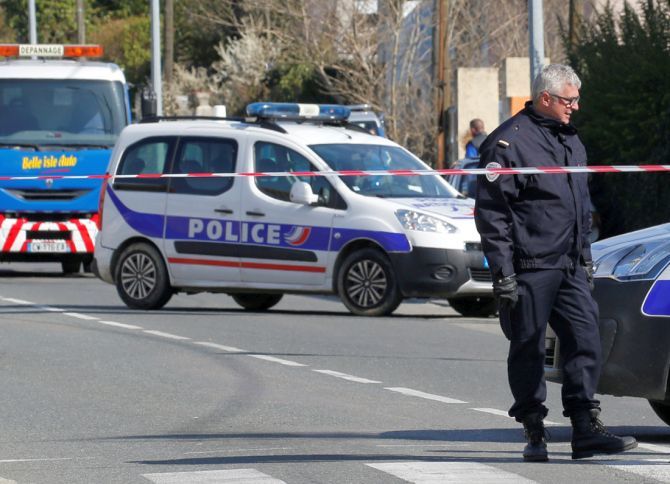 IMAGE: A French police officer secures the area during a security operation in Carcassonne, near the supermarket of Trebes. Photograph: Regis Duvignau/Reuters

France also suffered major attacks in Paris in November 2015 when Islamic State terrorists killed 130 people in bombings and shootings at bars, restaurants, the Bataclan concert venue and the national stadium.

In July 2016, in another attack claimed by IS, a man drove a truck through revellers celebrating Bastille Day in the Riviera resort of Nice, killing 84 people. 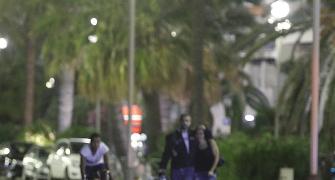 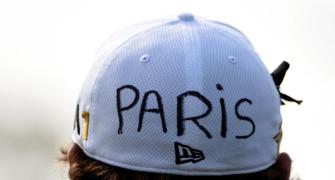 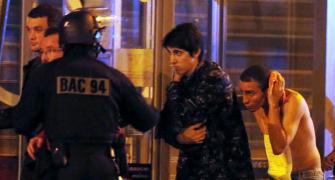 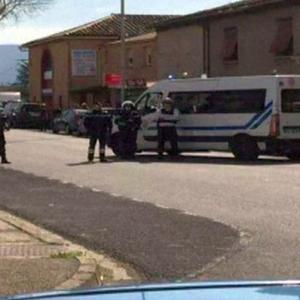 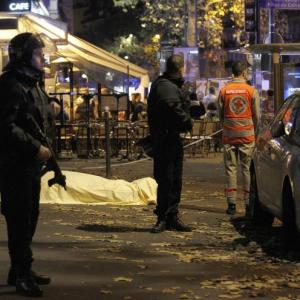