Famous faces line up to vote in 1st phase of polls

Brisk polling began on Thursday morning in 91 constituencies spread across 18 states and two union territories in the first phase of Lok Sabha elections.

As people queued up across the nation to cast their vote, there were some famous faces in the lines at different polling stations. 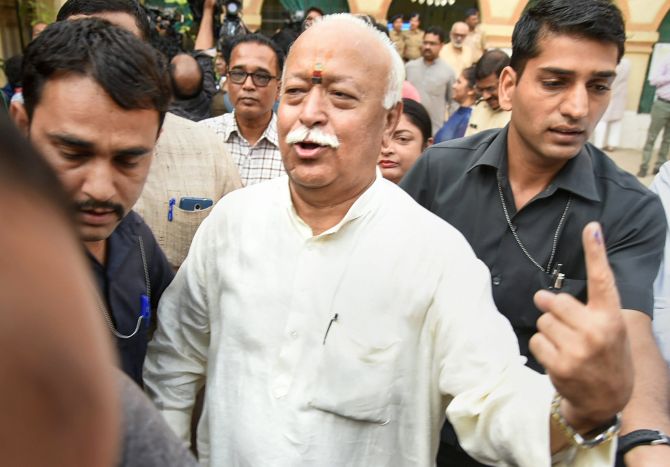 Can you guess who he voted for? Rashtriya Swayamsevak Sangh chief Mohan Bhagwat appealed people to vote in large numbers. The RSS chief was among the early voters at the Nagpur parliamentary constituency. Photograph: PTI Photo 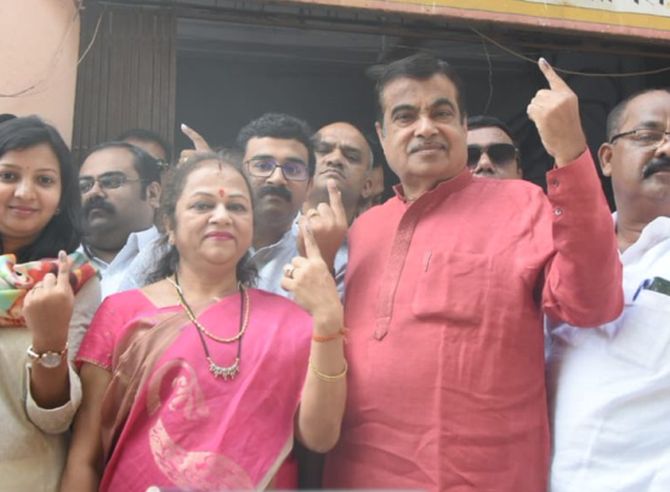 Union Minister Nitin Gadkari, who is the BJP candidate from Maharashtra's Nagpur Lok Sabha seat, cast his vote at the polling booth at Town Hall in the Mahal area in Nagpur. He was accompanied by his family members, including wife and two sons, around 10 am. After casting his vote, the minister told reporters that he was happy to see people coming out in large numbers to exercise their franchise. Photograph: Kind courtesy @nitin_gadkari/Twitter 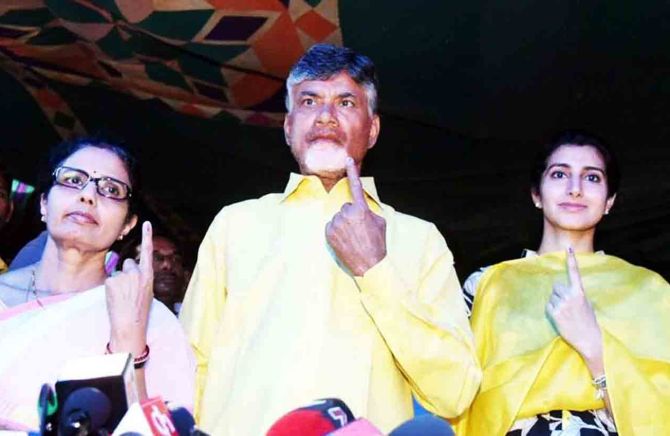 Andhra Pradesh Chief Minister Chandrababu Naidu and his family after casting their vote for the Lok Sabha elections in Amravati. Photograph: SnapsIndia 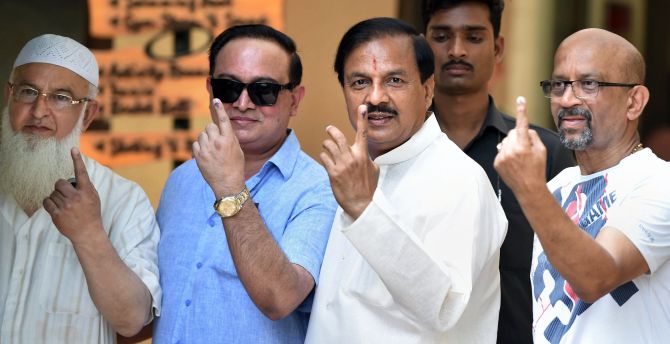 BJP candidate Mahesh Sharma and others show their fingers marked with indelible ink after casting vote during the first phase of the general elections, in Noida. Photograph: Manvender Vashist/PTI Photo 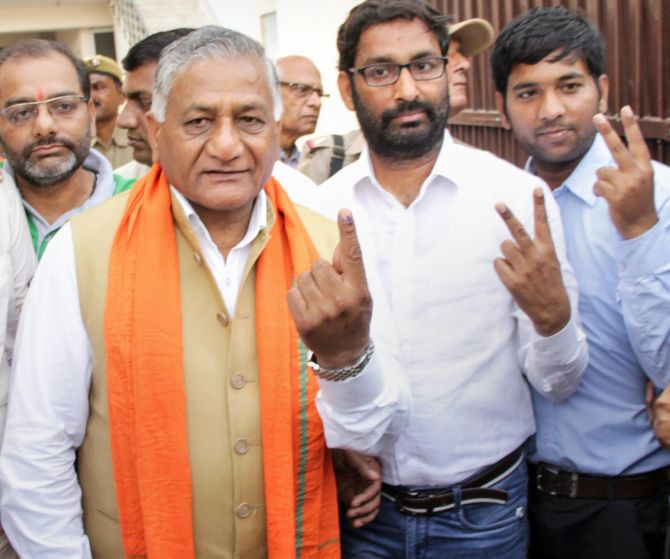 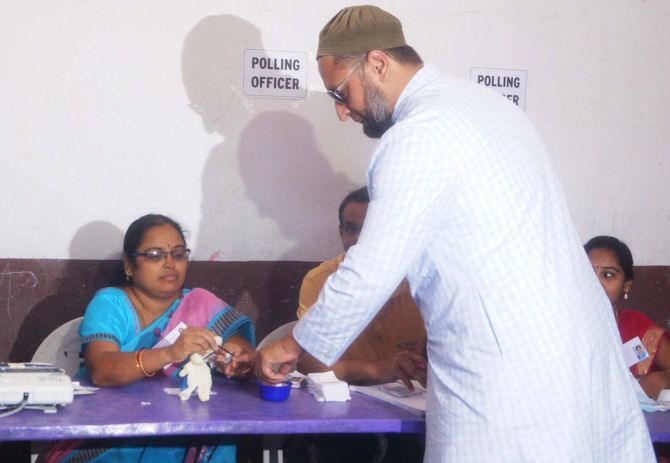 All India Majlis-e-Ittehadul Muslimeen chief and Hyderabad MP candidate Asaduddin Owaisi gets his finger inked after casting his vote at a polling booth in the city. He is a three time sitting MP from the constituency. Photograph: SnapsIndia 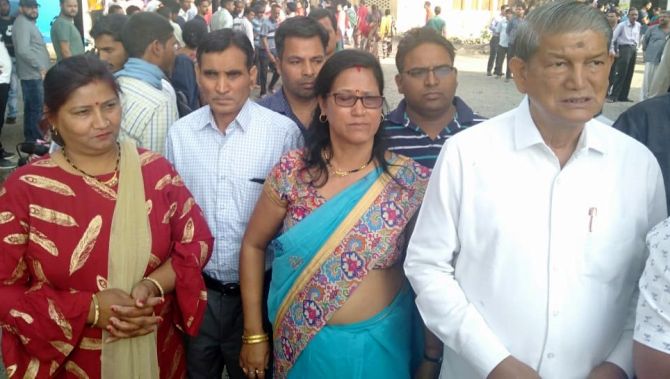 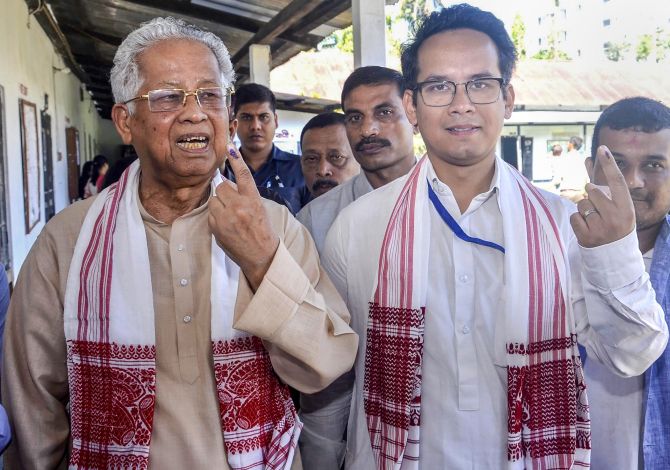 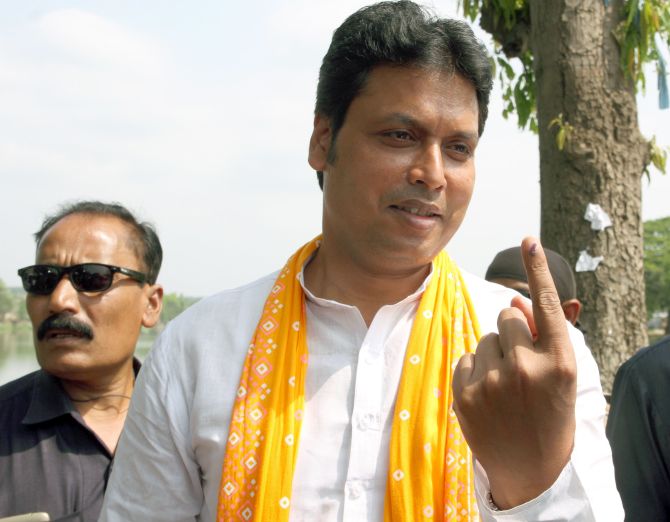 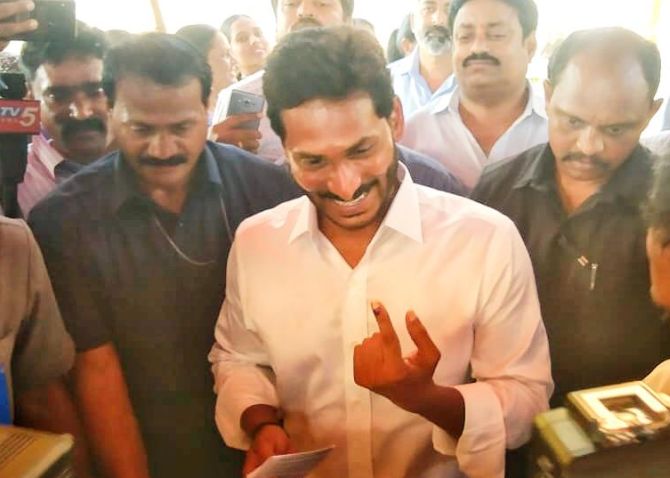 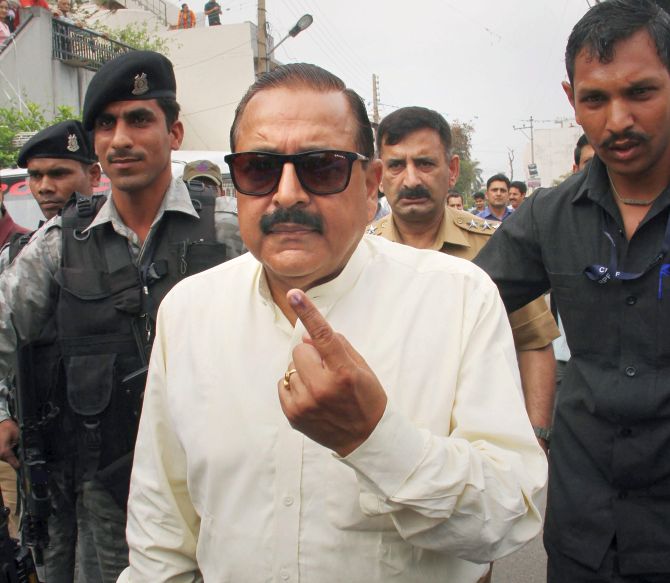 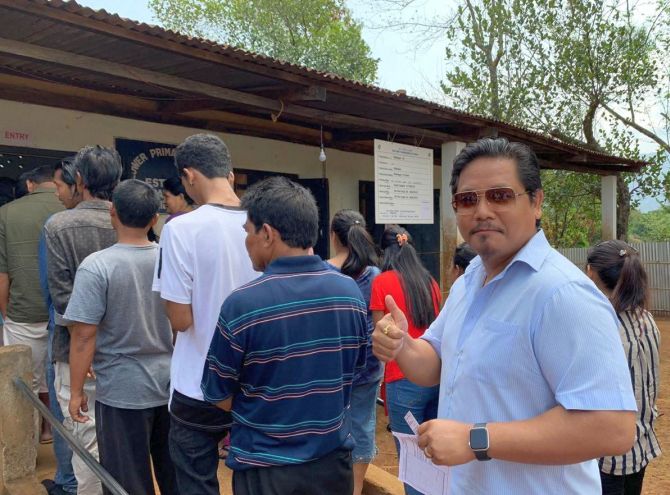 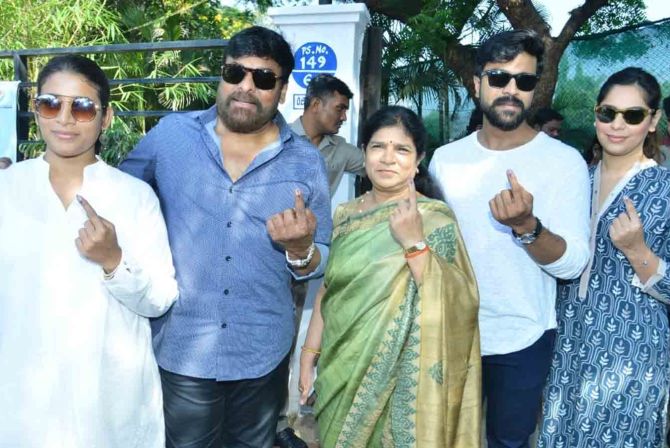 Congress leader and former minister Chiranjeevi with his son actor Ram Charan and other family members after voting in Hyderabad. Photograph: SnapsIndia 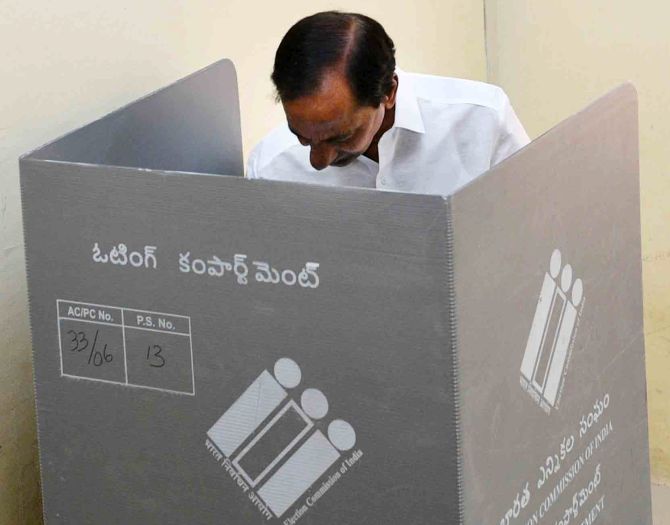 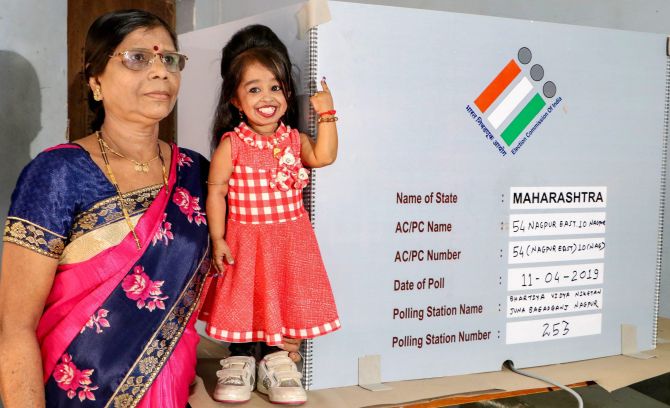 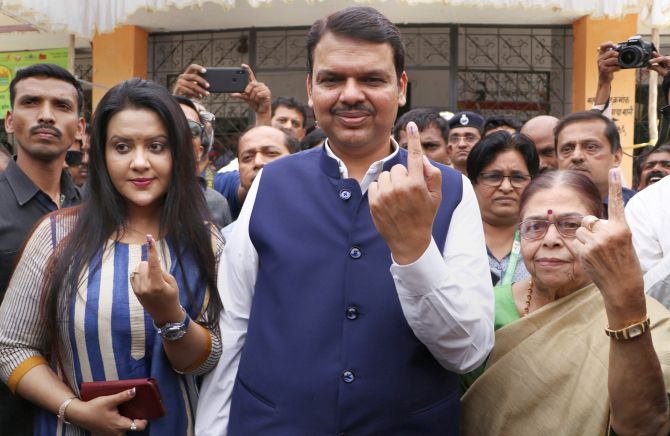 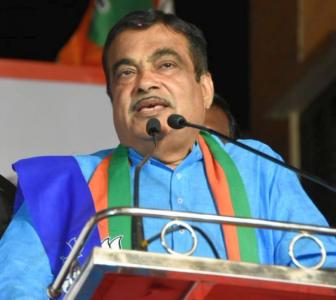 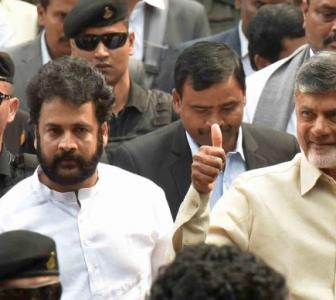 PREDICT: How many Lok Sabha seats Naidu/Jagan will win All you need to know about the first phase of polling 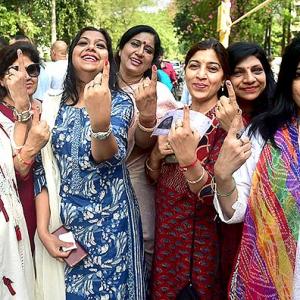