Disasters displaced 5mn in India, the highest in the world

The displacements were a result of a combination of increasing hazard intensity, high population exposure and high levels of social and economic vulnerability, a report says. 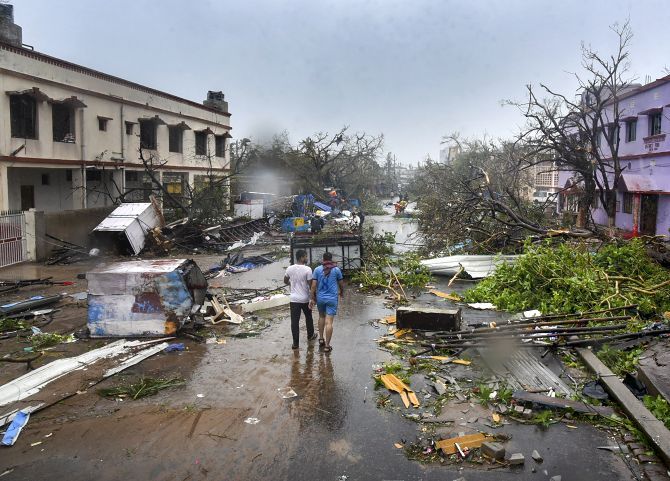 IMAGE: Eight tropical storms hit India during 2019. The most severe was Cyclone Fani, which tracked across the states of Odisha, Andhra Pradesh and West Bengal. Photograph: PTI Photo

Five million people were displaced in India last year, the highest in the world, due to disasters, including cyclones and monsoon floods, a new report by a monitoring centre said.

The displacements were a result of a combination of increasing hazard intensity, high population exposure and high levels of social and economic vulnerability, the report by the Internal Displacement Monitoring Centre released on Tuesday said.

South Asia recorded 9.5 million new displacements associated with disasters in 2019, the highest figure since 2012 and the floods triggered by the monsoon in India and Bangladesh and cyclones Fani and Bulbul were among the events that forced most people to flee their homes both in the region and globally.

'There were thought to be around 5,90,000 people living in internal displacement as a result of disasters across the country as of 31 December, but the figure is highly conservative given the high number of new displacements and the damages and losses recorded during the year,' it said. 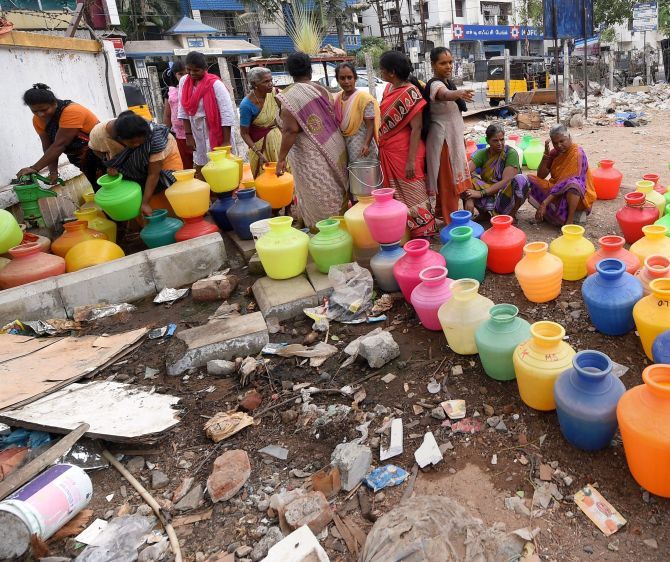 According to the report, 'conflict and violence' triggered about 19,000 new displacements in the country last year.

'Political and electoral violence, primarily in Tripura and West Bengal in the first half of the year, accounted for more than 7,600. Lesser unrest and inter-communal violence continued to trigger displacement in the second half of the year,' the report said.

The year was also the seventh warmest in India since 1901 and the monsoon was the wettest in 25 years.

These conditions helped to fuel the destructive power of the eight tropical storms to hit the country during the year.

The most severe was cyclone Fani, which tracked across the states of Odisha, Andhra Pradesh and West Bengal in early May, before moving north to Bangladesh.

As it approached the coast of Odisha with maximum sustained windspeeds up to 240 km/h, the government organised the evacuation of more than 1.8 million people, it said. 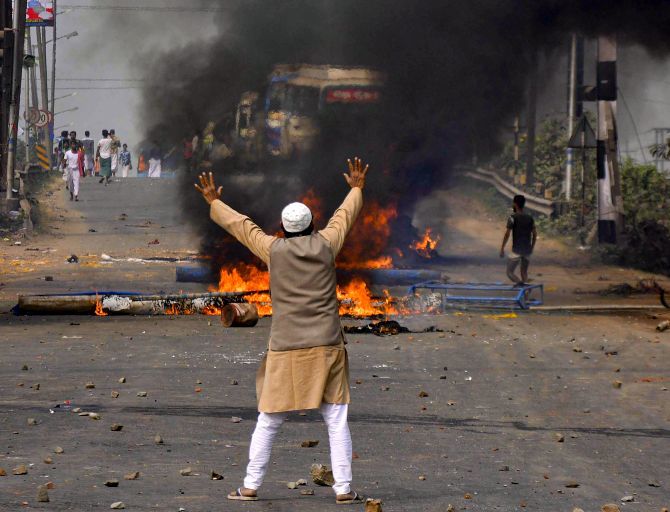 IMAGE: According to the report, 'conflict and violence' triggered about 19,000 new displacements in the country last year. Photograph: PTI Photo

The states disaster management authorities were lauded for their lifesaving operations.

Another 2,89,000 people were evacuated in Gujarat in June ahead of cyclone Vayu, which changed track and reduced in intensity before making landfall later than expected.

The south-west monsoon triggered more than 2.6 million displacements in the months that followed.

The north-west monsoon continued to trigger displacement in October and November, along with cyclone Maha, which hit Kerala and the Lakshwadeep islands on October 31.

The report said drought displacement was also recorded in the states of Andhra Pradesh and Maharashtra. 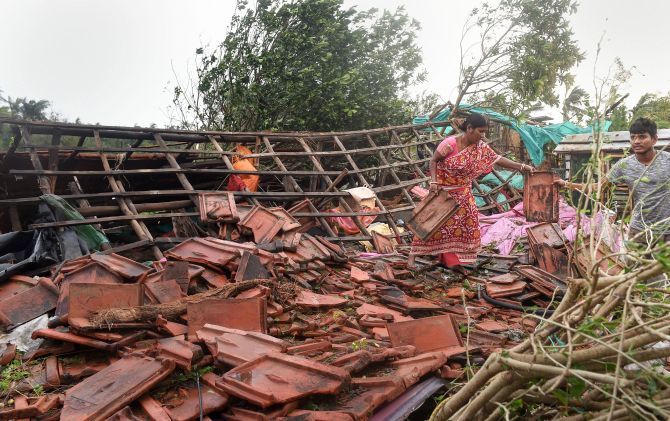 'Water shortages in Maharashtra between March and June forced about 50,000 farmers and their families to take refuge in cattle camps, displacement sites run by NGOs where livestock is also fed and watered,' the report said.

It said conflict and violence also triggered displacements in Afghanistan, India and Pakistan and to a lesser extent in Sri Lanka in 2019 with around 4,98,000 new displacements recorded across the region as a whole.

The annual total has fallen over the past decade, mainly because of the 'de-escalation' of violence in Pakistan, the report said.

Around four million people were living in displacement as a result of conflict and violence as of the end of the year, with Afghanistan accounting for 75 per cent of the regional total, it added. 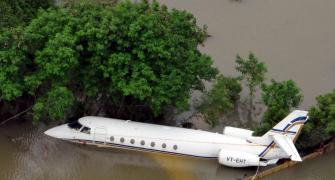 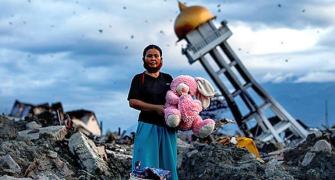 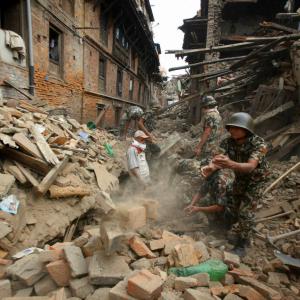