Heavy rains accompanied by high velocity winds on Monday pounded Chennai and coastal districts of north Tamil Nadu due to severe cyclonic storm "Vardah" which made landfall around 3pm, uprooting hundreds of trees, disrupting land and air transport and throwing normal life out of gear. 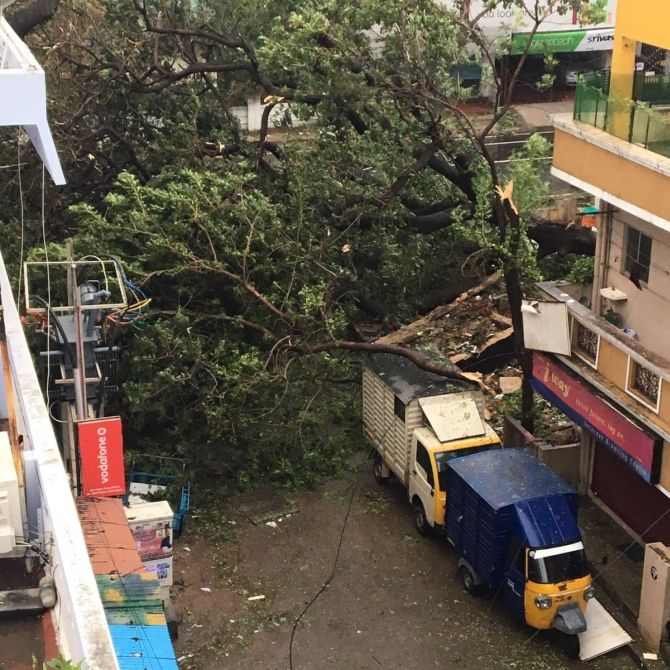 The sight at TTK road, near Kauveri hospital in Alwarpet locality of Chennai. Photograph: vbzu/Twitter 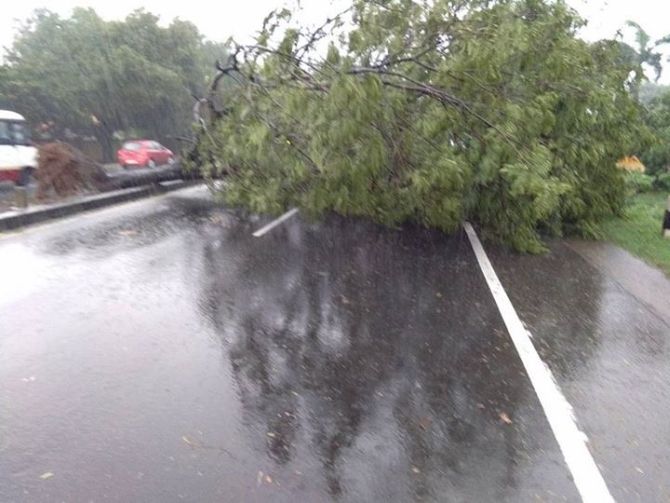 The devastation at SIET college road in Alwarpet. Photograph: vbzu/Twitter The devastation at Kottivakkam, a southern suburb of Chennai. Photograph: A Ganesh Nadar/Rediff.com The panels on the Hyatt hotel in Chennai were blown away by the impact of Vardah. Photograph: @Manoj_1927/Twitter 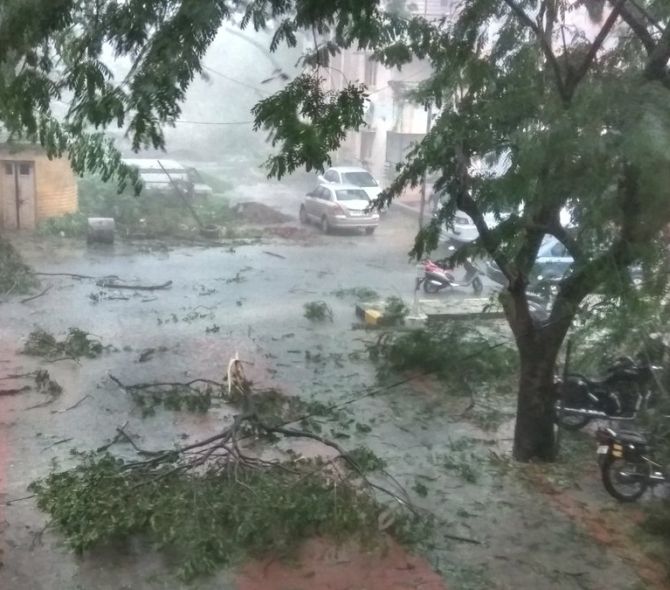 The sight at a locality in Chennai after the storm. Photograph: Manoj S Nagendra/Twitter 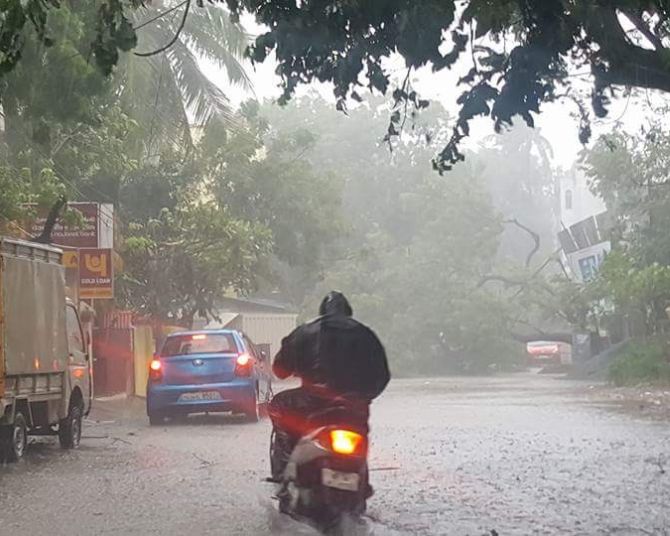 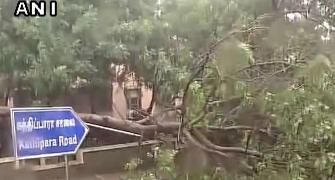 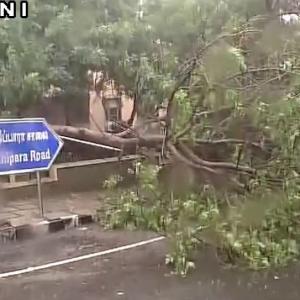 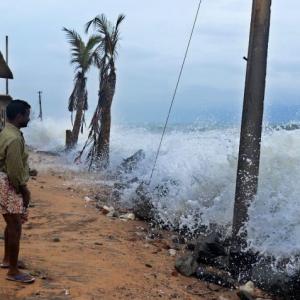