Heavy rains continued to batter Tamil Nadu on Friday leading to inundation of crops and waterlogging in many rural and urban areas even as the deep depression over Gulf of Mannar near Ramanathapuram weakened into a depression. 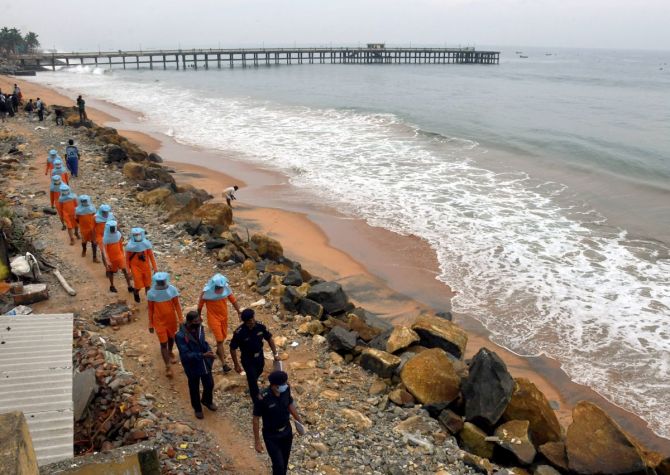 IMAGE: A team of the National Disaster Response Force arrives at a seashore of Valiyathura, as part of the preparedness ahead of Cyclone Burevi, in Thiruvananthapuram. Photograph: PTI Photo

The India Meteorological Department said the deep depression over the Gulf of Mannar close to Ramanathapuram district's coast remained practically stationary for 18 hours and then weakened into a depression.

'The depression is likely to remain practically stationary over the same (Ramanathapuram) region and weaken into a Well marked Low Pressure Area during the next 12 hours (by early Saturday),' the latest bulletin said.

While there was widespread rainfall covering many parts of the state, several regions reported heavy to extremely heavy rains, including Kollidam (36 cm,Nagapattinam district), Chidambaram (34 cm, Cuddalore).

Over two dozen areas received between 10 and 28 cm rain.

Rescue personnel evacuated people marooned in flooded areas of Cuddalore district and brought them to shelters.

Crops like paddy and sugarcane were inundated in districts, including Tiruvarur, Thanjavur, Mayiladuthurai, Nagapattinam, Pudukottai and Ariyalur falling under the Cauvery delta zone, as heavy rains continued for the third successive day.

Ramanathapuram and Tirukovilur (Kallakurichi district) in southern and northern Tamil Nadu were among the regions that received 7 cm rainfall.

Rainfall was reported from several other regions, including Yercaud in Salem, Sivaganga, Namakkal, Tuticorin, Ranipet and Karur districts as well.

Low-lying residential areas in parts of the metropolis and several other urban and rural areas in districts,including Cuddalore, saw water entering neighbourhoods.

As a precautionary measure, power supply was cut in several districts.

Rameswaram also faced drinking water shortage as pumps could not be operated in view of power cuts in residential neighbourhoods.

The downpour led to flooding of the inner corridors of the ancient Sri Nataraja temple at Chidambaram and photographs showing the inundation surfaced in the social media.

The government had already declared Friday a holiday for Kanyakumari, Tirunelveli, Tenkasi, Virudhunagar, Tuticorin and Ramanathapuram districts in view of the weather system.

On December 3, cyclone 'Burevi' weakened into a deep depression. 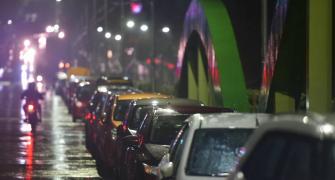 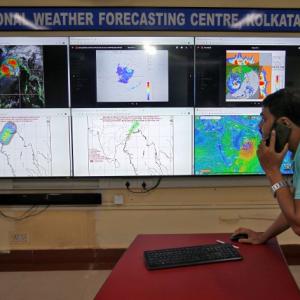 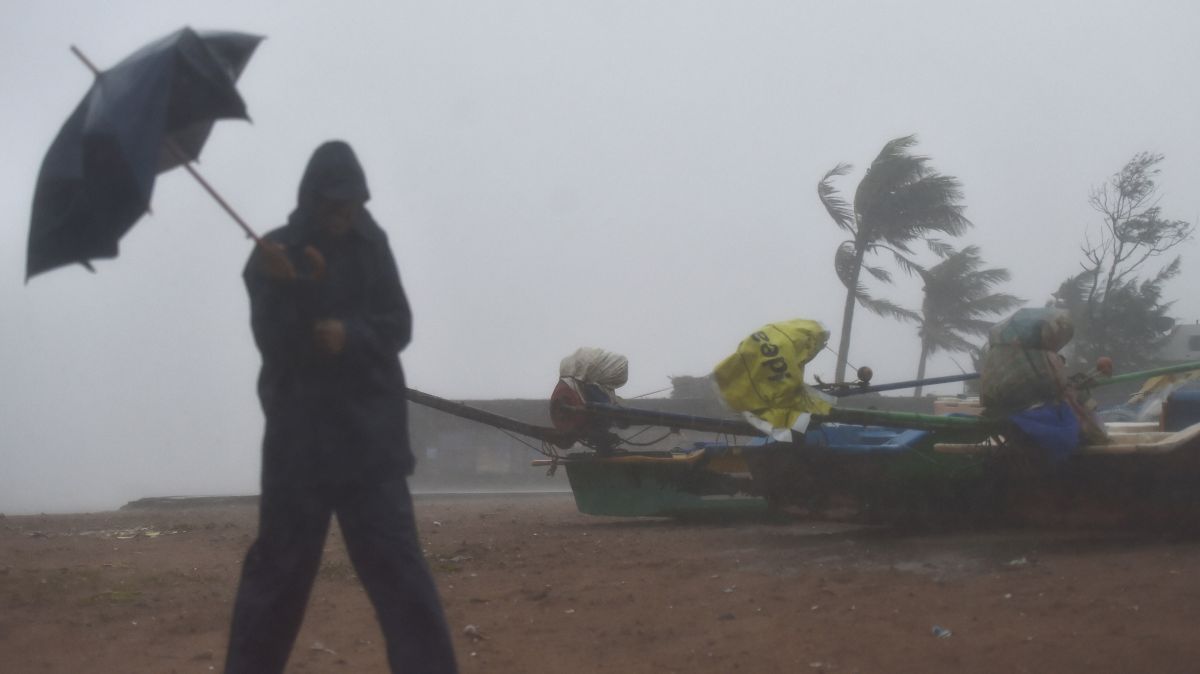