The Congress' top brass began on Saturday morning deliberations on key issues such as organisational elections, forthcoming assembly polls and the current political situation at the first physical meeting of the party's working committee since the Covid outbreak. 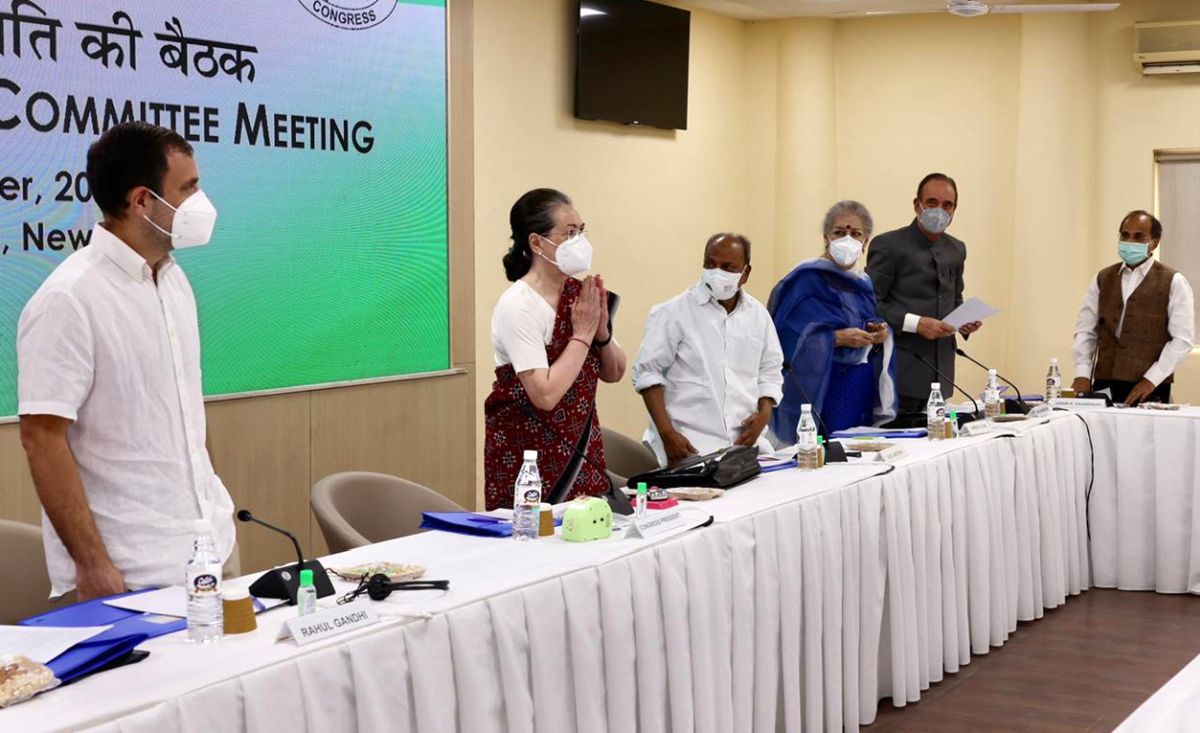 Senior leaders Ghulam Nabi Azad and Anand Sharma were among those present at the meeting at the AICC headquarters in New Delhi.

The meeting of the party's top decision-making body -- Congress Working Committee -- has been convened after demands from some quarters to discuss important issues, including some defections in the recent past.

The meeting also comes amid rumblings within the Congress' state units such as in Punjab, Chhattisgarh and Rajasthan where the party is in power.

The G-23 leaders had been demanding to convene the CWC with Kapil Sibal last month and wondered who in the party was taking decisions in the absence of a full-time president. He has asserted that the G23 leaders' grouping is "not a Jee Huzur 23".

Former leader of the Opposition in the Rajya Sabha Ghulam Nabi Azad had also written to the Congress president to convene a meeting of the CWC at the earliest.

During the meeting, the party leadership is likely to decide the schedule to elect the new Congress chief.

The Congress in its CWC meeting held on January 22 had decided it would have an elected president by June 2021.

But it was deferred at the May 10 CWC meet because of the COVID-19 situation. The latest meeting is being held in the wake of the Lakhimpur Kheri violence on October 3 in which eight people lost their lives.

The dead included four farmers who were allegedly run over by an SUV belonging to the convoy of Union Minister of State for Home Ajay Kumar Mishra.

Mishra's son Ashish Mishra, who has been named in an FIR, was arrested on Saturday by the Uttar Pradesh Police in connection with the mowing down of the four farmers.

The incident has given enough ammunition to the Congress party to corner the Bharatiya Janata Party government and recapture the lost political space.

The meeting is also likely to discuss key issues such as price rise, farmers' protests and the economic situation of the country.

The CWC meeting will also discuss certain dissenting notes rising within the party over the spate of defections and the party's poor electoral fortunes.

Sonia Gandhi took over as the interim Congress president in August 2019 after Rahul Gandhi resigned in the wake of the party's Lok Sabha debacle in May 2019.

There have been demands from a section of Congress leaders for having a full-time and active party president as well as an organisational overhaul.

The demand became intense after a storm in the party in August last year over a letter to Sonia Gandhi by a group of 23 leaders, including Ghulam Nabi Azad, Anand Sharma, Bhupinder Hooda, Prithviraj Chavan, Kapil Sibal, Manish Tewari and Mukul Wasnik raising these issues. 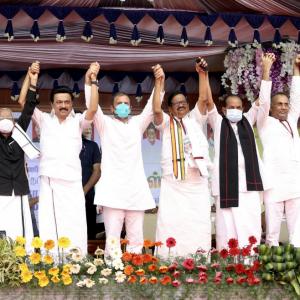