The night temperature across Kashmir division, except Qazigund, went down as the weather remained dry, leading to opening of the Srinagar-Jammu National Highway a day after snowfall led to its closure. 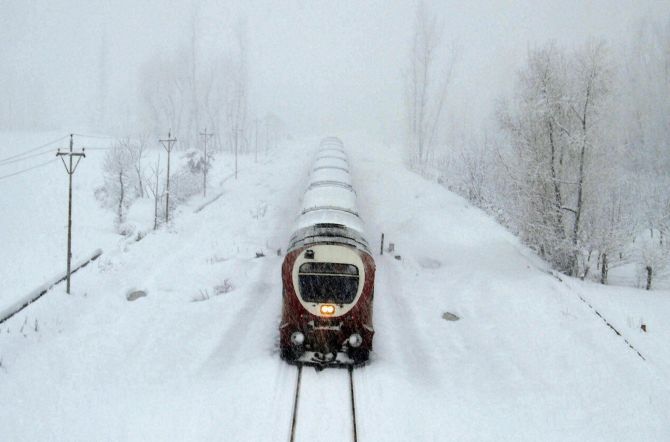 The national highway has been opened for one-way traffic on Monday, an official of the Traffic department said, adding however, only light motor vehicles were allowed to ply.

He said only one-way traffic from Jammu towards Srinagar, has been allowed on the nearly 300 km long arterial road, the only all-weather road-link connecting Kashmir Valley with the rest of the country.

The highway was closed on Sunday following snowfall which had rendered the road slippery.

Meanwhile, the weather stayed mostly dry across the Valley on Sunday night but the Meteorological Department has forecast rains or snow over five days from Monday.

It has warned of moderate to heavy snowfall from tomorrow till Thursday and the forecast has prompted the divisional administration to issue directions for taking precautionary measures.

The night temperature across the Valley, except Qazigund town, dipped on Sunday with Srinagar registering a drop of nearly three degrees from the previous night's low of minus 1.3 degrees Celsius to settle at a low of minus 4.1 degrees Celsius, a MeT official said.

The official said the famous health resort of Pahalgam in south Kashmir, which serves as a base camp for the annual Amarnath Yatra, registered a low of minus 7.2 degrees, up from the previous night's minus 3.6 degrees Celsius.

The famous ski-resort of Gulmarg, the star attraction for tourists visiting the Valley during winter, recorded a low of minus 8.6 degrees, against minus 6.0 degrees Celsius on Sunday.

He said the resort was the coldest recorded place in the Valley. 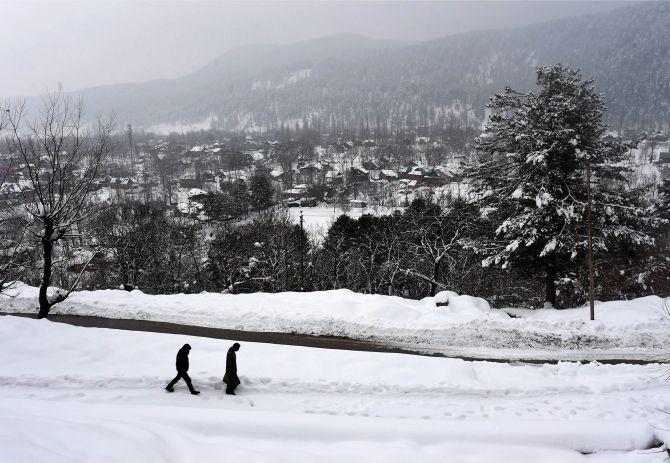 Leh town of Ladakh region was the coldest recorded place in the state as the mercury there settled at a low of minus 8.7 degrees Celsius, the official said.

Kashmir is currently under the grip of 'Chillai-Kalan' considered the harshest period of winter, when the chances of snowfall are most frequent and maximum and the temperature drops considerably.

The Valley has already experienced heavy snowfall twice during this period so far, first one of January 6 and then on January 16, throwing life out of gear on both the occasions.

'Chillai-Kalan', which, began on December 21 last year, ends on January 31, but the cold wave continues even after that. 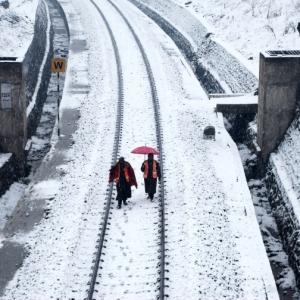