The Withdrawal Agreement was rejected by 432 votes to 202 - a majority of 230, the biggest defeat ever suffered by a British premier in modern history. 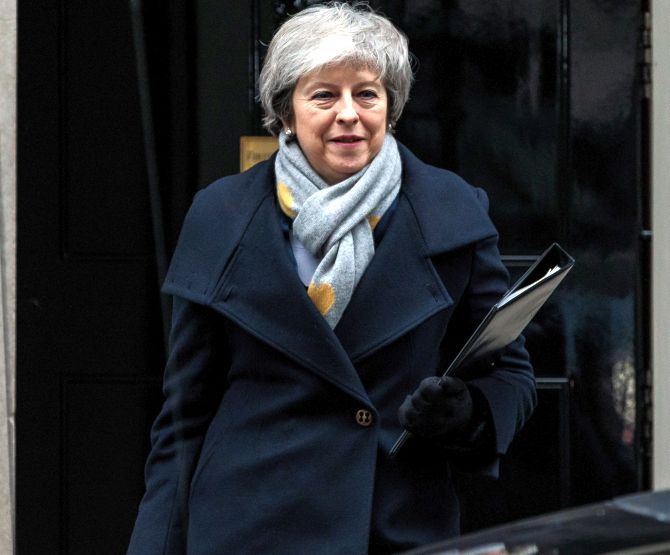 IMAGE: British Prime Minister Theresa May will now face a no-confidence vote on Wednesday. May's crushing defeat also marks the collapse of her two-year strategy of forging an amicable divorce with close ties to the EU after the March 29 exit. Photograph: Jack Taylor/Getty Images

In the biggest defeat for a sitting British government in history, Prime Minister Theresa May’s divorce deal to leave the European Union was overwhelmingly rejected by MPs, triggering a no-confidence motion against her government and leaving the country with no plans for Brexit on March 29.

The crushing defeat Tuesday threw the government and its plan for Brexit into crisis.

May’s bid to get the Withdrawal Agreement, struck between London and Brussels, was rejected by 432 votes to 202 - a majority of 230, the biggest defeat ever suffered by a British premier in modern history.

Within minutes after the defeat, opposition leader Jeremy Corbyn’s Labour party moved a motion of no-confidence against the May government to be held on Wednesday.

Britain is set to exit the 28-member European Union, which it joined in 1973, on March 29. With just over two months to go until the scheduled departure, Britain is still undecide on what to do. 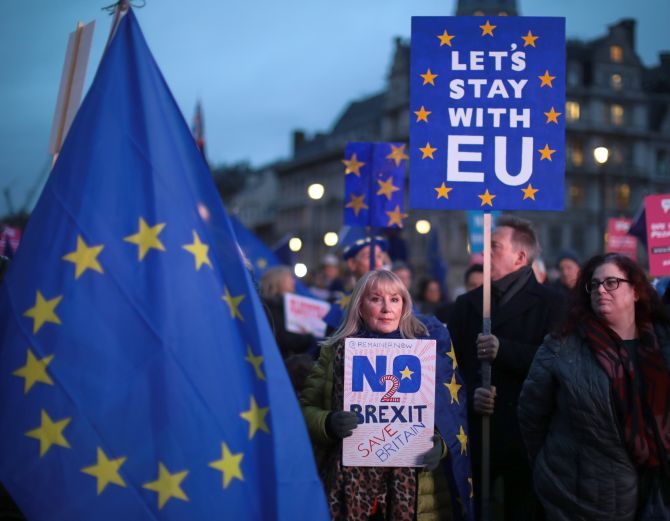 Hardline Brexiteers and Remainers opposed the agreement for different reasons. Many feared that Britain could lock itself into an unfavourable trading relationship with the European Union.

Over 100 lawmakers of May’s Conservative party -- both Brexiteers and Remainers --overwhelmingly voted against the deal, leading to the worst parliamentary defeat for a government in recent British history.

The crushing defeat also marks the collapse of her two-year strategy of forging an amicable divorce with close ties to the EU after the March 29 exit.

Following her defeat in the House of Commons, May said that the MPs have established what they are against but not what they are for.

“The house has spoken and the government will listen. It is clear that the house does not support this deal but tonight’s vote tells us nothing what it does support.

“Nothing about how, or even if, it intends to honour the decision the British people took in a referendum Parliament decided to hold,” she said.

“I ask members on all sides of the house to listen to the British people who want this matter settled and work with the government to do just that,” May said. 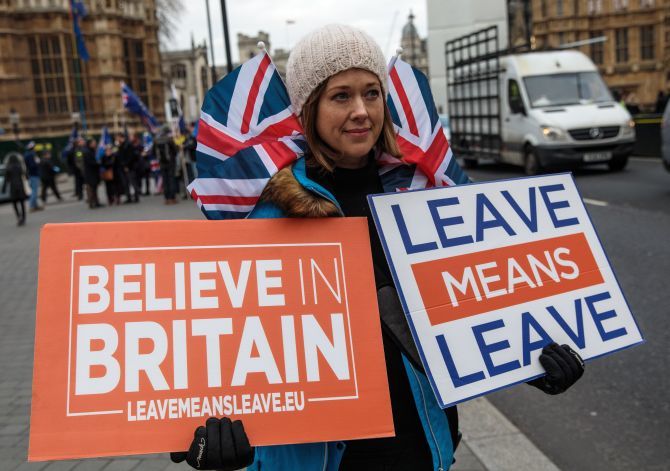 Moments after the outcome in Parliament, Corbyn submitted a motion of no-confidence in May’s government, calling her defeat “catastrophic”.

“Labour will table a motion of no-confidence in May’s government tomorrow,” he said.

According to the Britain’s parliamentary procedure, when a bill is rejected by the MPs, the prime minister has three sitting days to return to Parliament with a Plan B.

It is expected that May would head to Brussels on Wednesday to try and secure further concessions from the EU before coming back to UK Parliament with a new proposal.

This could be put to vote by the MPs. Should this also fail, the government would have another three weeks to come back with another alternative.

If the withdrawal agreement never gets through with Parliament, then in all likeliness the UK will crash out of the EU without a deal on March 29.

This would mean overnight EU laws and customs and the free movement of goods, services and people will cease.

Reacting to the development, the EU immediately warned that the outcome raises the risk of a hugely disruptive “no deal” Brexit where Britain could sever ties with its biggest trading partner overnight.

European Commission chief Jean-Claude Juncker urged the May government to “clarify its intentions as soon as possible”, warning: “Time is almost up.” 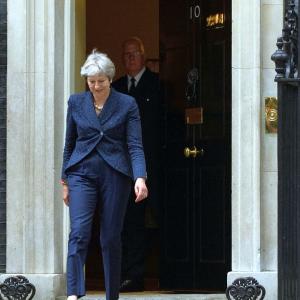