The best pictures from the RAF photographic competition

From Typhoons soaring over the snowy mountains of the Falkland Islands to Red Arrows flying over Buckingham Palace, the images submitted in the Royal Air Force Photographic Competition captures the heroics and skills of Britain’s frontline fighters.

Over 1,000 photos and 25 videos were submitted by military and civilian photographers alike across 13 categories before being whittled down by a panel of judges.

Here are some of the favourites. 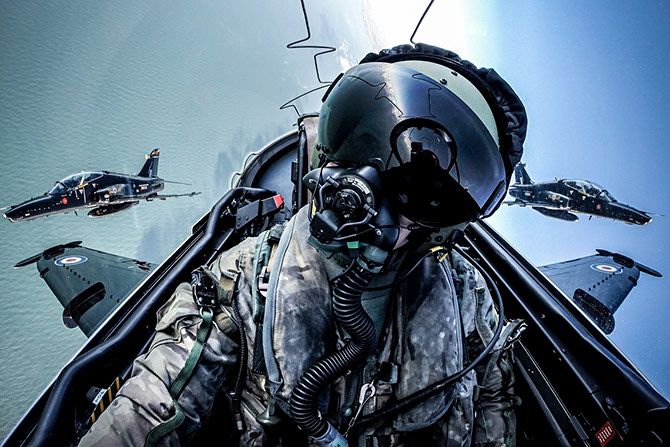 RAF photographer Cpl Tim Laurence captured a “Selfie” during a routine training sortie over the coast of Anglesey, Wales in an RAF Hawk T2, from IV Squadron based at RAF Valley. Photograph: Cpl Tim Laurence/©Crown Copyright 2016 A RAF Puma HC2 flying over the city of Kabul, Afghanistan as part of a sortie in support of Operation TORAL. The Puma is the main source of transport between different camps within Kabul. Photograph: Cpl Lee Matthews/©Crown Copyright 2016 A pair of Typhoon FGR4 aircraft from the RAF Typhoon Display Team, 29 Squadron, RAF Coningsby. The aircraft are performing a dynamic crossover on their arrival at the RAF Cosford Air Show. Photograph: Sgt Paul Oldfield/©Crown Copyright 2016 The RAF100 parade and flypast took place over London on July 10, 2018 in the Royal Air Force’s centenary year. Thousands of people gathered along the Mall and around Buckingham Palace to witness over 100 aircraft take part in the flypast. The finale was the Royal Air Force Aerobatic Team, The Red Arrows. Photograph: Cpl Tim Laurence/©Crown Copyright 2016 East Kirkby Aviation Museum in Lincolnshire was the venue for a night shoot with Lancaster ‘Just Jane’ and a group of re-enactors to re-create a wintery night scene. The event is a tribute to the airmen who gave their lives carrying out the bombing missions during WWII. Photograph: Cpl Tim Laurence/©Crown Copyright 2016 Sergeant Stephen Hardwick, a Medic from RAF Brize Norton based Tactical Medical Wing embarking on-board a Boeing C-17 Globemaster aircraft. The TMW is destined for Barbados as part of the UK Government Task Group deployment which travelled to help those affected by Hurricane Irma in the Caribbean. Photograph: Paul Crouch/©Crown Copyright 2016 A Chinook CH-47 Weapons System Operator from 27 Squadron, RAF Odiham preparing his aircraft for the loading of military troops during a training exercise in Lorient, France as part of a joint UK-French interoperability exercise. Photograph: ACSSU/©Crown Copyright 2016 The Battle of Britain Memorial Flight from RAF Coningsby practice over Lincolnshire the evening before the RAF100 parade and flypast. Pictured here is their Avro Lancaster Bomber. Photograph: Cpl Tim Laurence/©Crown Copyright 2016

Smoke In The Sun 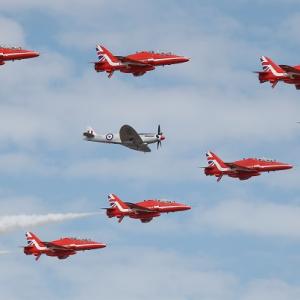