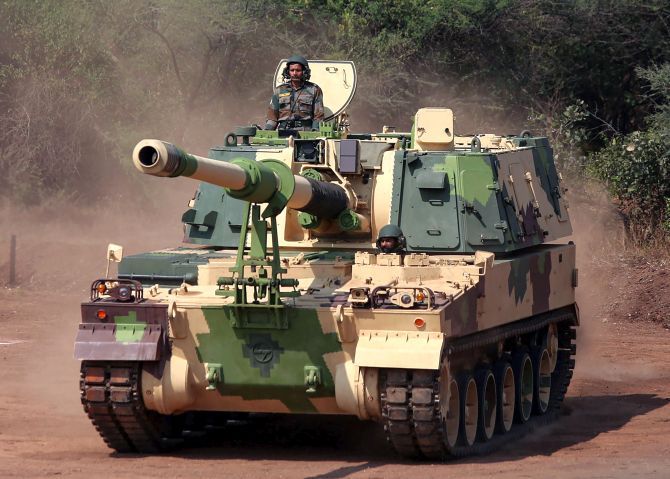 In a boost to the army's firepower and capability enhancement, Defence Minister Nirmala Sitharaman on Friday inducted three major artillery gun systems, including the M777 A2 Ultra Light Howitzers, K-9 Vajra self-propelled gun and and a 'Composite Gun Towing Vehicle'.

Speaking at the induction ceremony, held at Deolali Field Firing Ranges, in Maharashtra's Nashik, the minister said many more such systems would be inducted in the army in the next few years.

"These guns are being inducted almost 30 years after the Bofors guns were inducted," Sitharaman said. 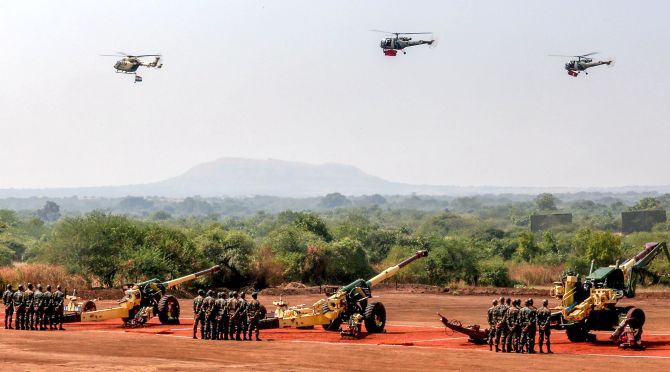 The 155mm, 39 calibre Ultra light Howitzers have been procured from the United States under Government to Government Foreign Military Sales and will be assembled in India by BAE Systems in partnership with Mahindra Defence.

The gun system is versatile, light weight and can be heli-lifted, thereby providing the much needed flexibility in deployment in various terrains.

It is in service in the US, Canadian, Australian and some other armies and has proven its mettle in difficult areas of Afghanistan and Iraq.

The first ten K9 Vajra 155mm/52 calibre guns have been imported from Hanwha Techwin of South Korea in semi knocked down state and have been assembled by L&T in India.

The remaining 90 guns will be largely manufactured in India with some major assemblies coming from South Korea, the minister said.

Their induction will give a "huge fillip" to the firepower capability of Indian army on our western borders, she said. 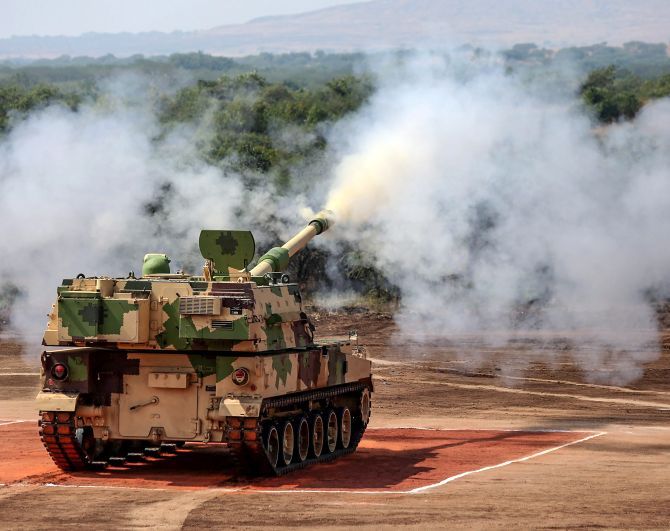 The 6x6 Field Artillery Tractor has been indigenously developed by Ashok Leyland and will provide the much awaited replacement for the ageing fleet of artillery gun towing vehicles.

The induction of the gun systems also gives a major impetus to Make In India initiative of the government, the minister said. 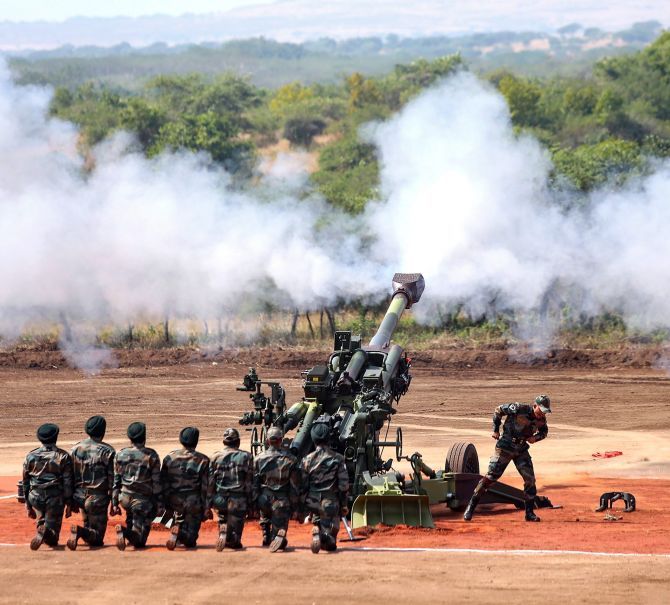 The procurement process for the equipment was initiated in 2006 during the Congress regime but didn't advance further, the minister said.

"In contrast, our government shrunk the process in last four years not only initiated the procurement process but ensure induction," she added. 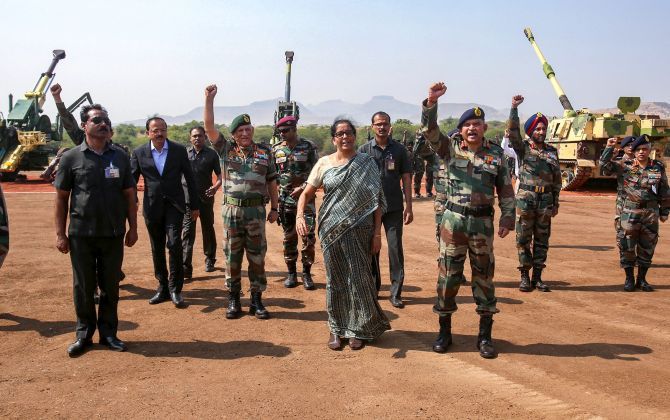 IMAGE: Defence Minister Nirmala Sitharaman, Army Chief General Bipin Rawat and others at the formal induction of three major artillery gun systems, including the M777 American Ultra Light Howitzers and the K-9 Vajra, into the army during a ceremony at Deolali artillery centre. Photograph: PTI Photo

An impressive display of equipment and a firepower demo by the guns of the indian artillery was held on the occasion. 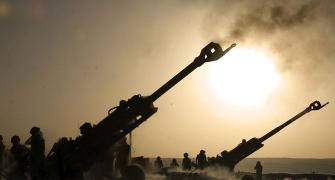 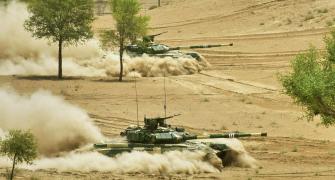 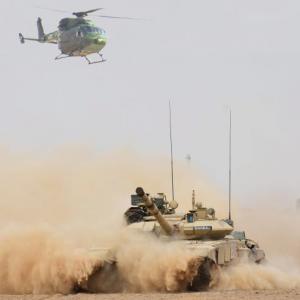 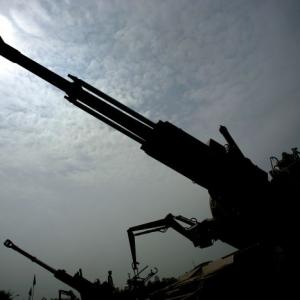