Hit by a political row, Rafale jet was the cynosure of all eyes as the breathtaking display of manoeuvres by military aircraft and the aerobatic team cast a spell at Aero India, Asia's premier air show in Bengaluru on Wednesday.

The city's skies dazzled with somersaults and stunts by the metal birds, which also paid tributes to the Surya Kiran aircraft pilot killed in a mishap during rehearsal on Tuesday.

The might of the Rafale jet was in full flow as it roared into the skies at the Yelahanka air base, the venue for the event, giving a dazzling display with breathtaking manoeuvres. 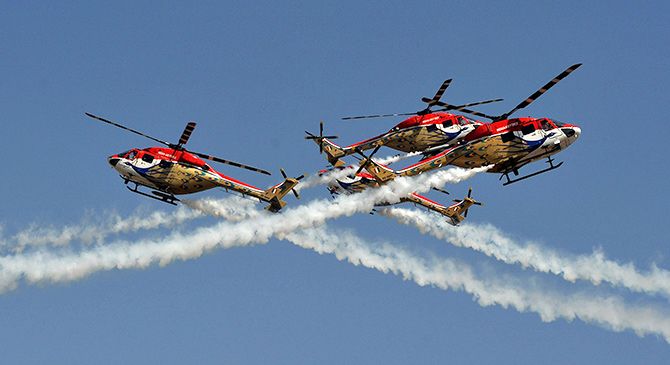 Sarang helicopters perform during the inaugural day of Aero India show 2019. Enthralling stunts were performed by Sarang aerobatics teams with daredevil crosses and spins, that has been the mainstay of the Aero India for many editions. Photograph: ANI 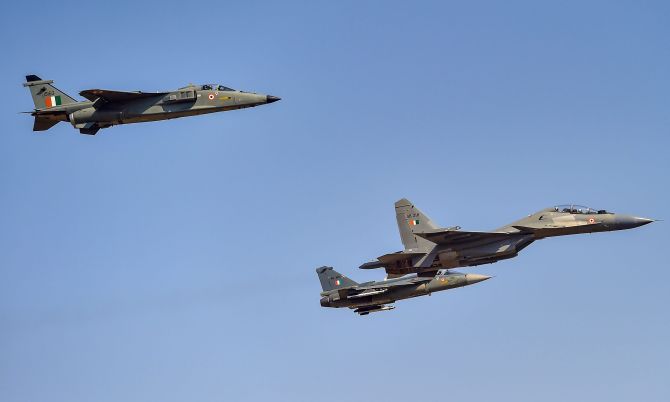 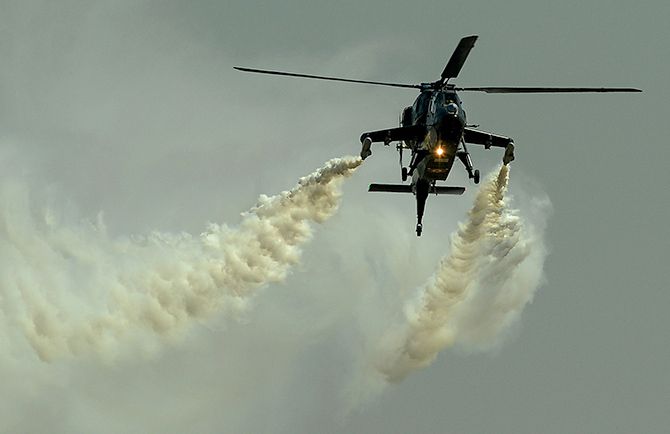 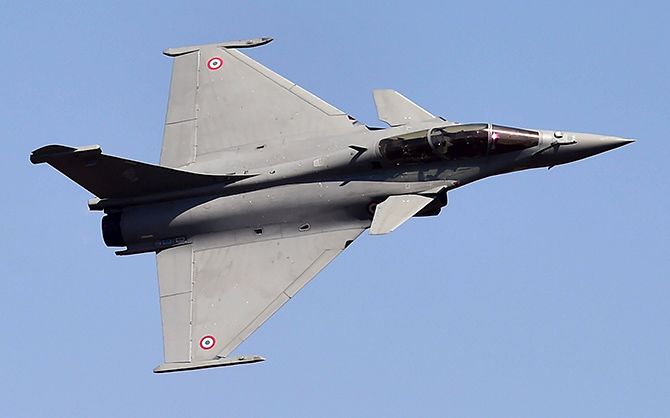 French aircraft Rafale which will be drafted into IAF in six months, is also part of the Aero show. Photograph: Shailendra Bhojak/PTI Photo 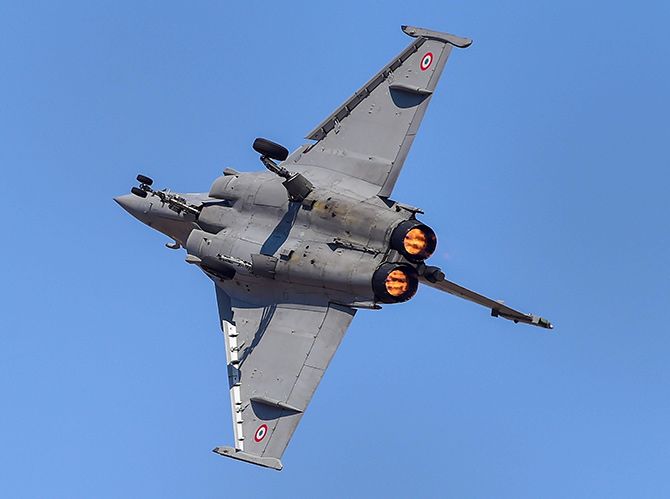 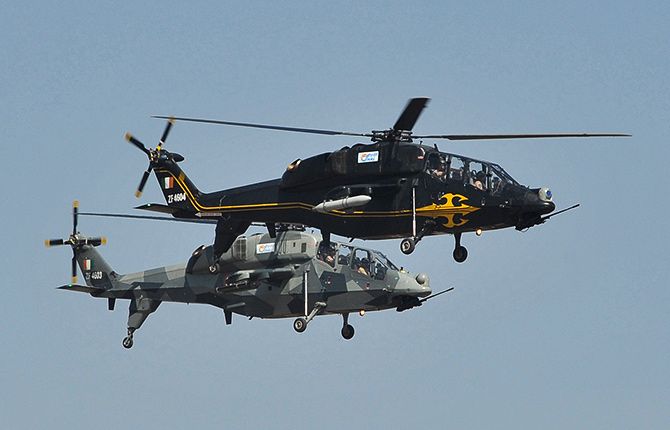 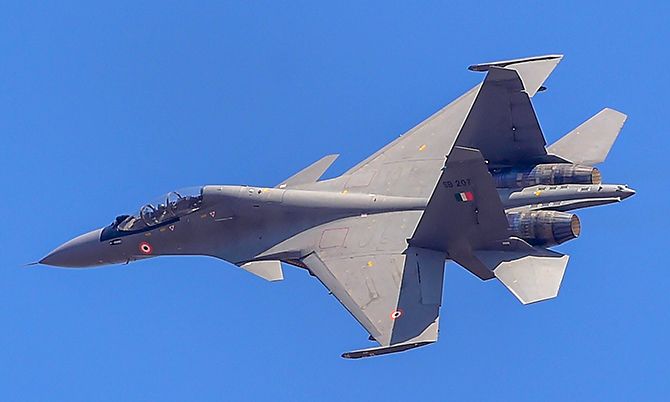 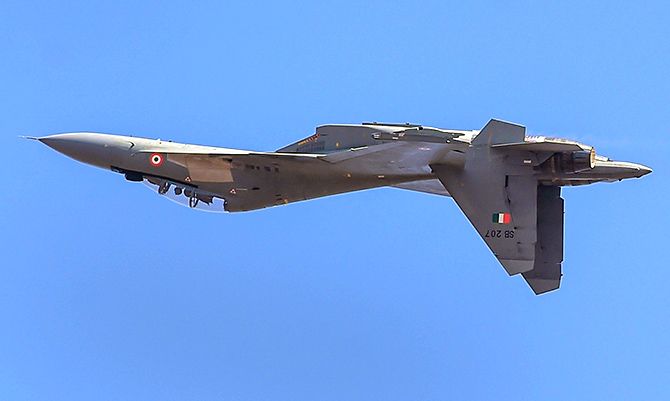 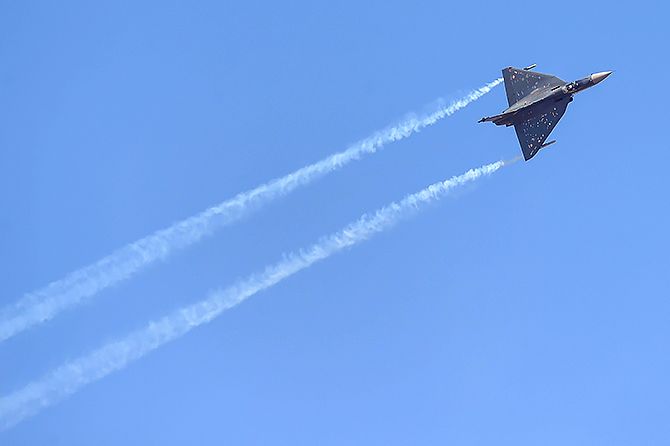 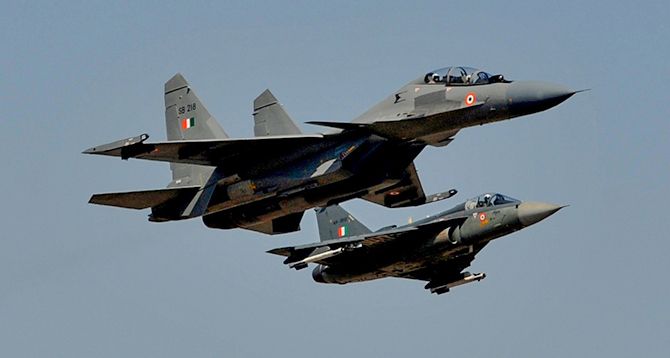 Sukhoi and Tejas perform during the inaugural day of Aero India 2019. Photograph: ANI 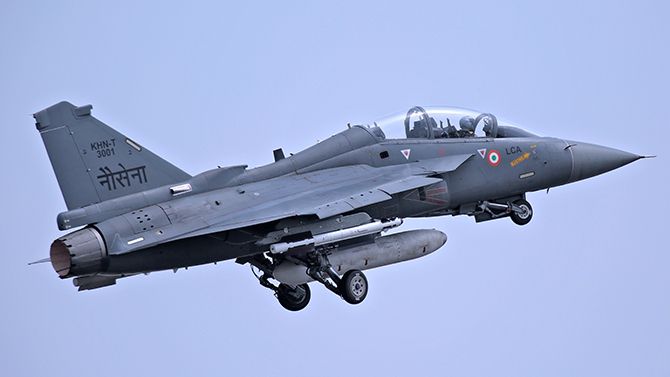 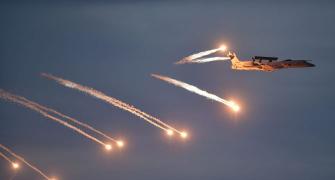 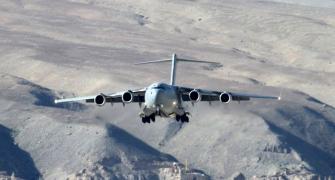 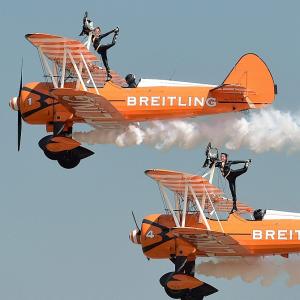