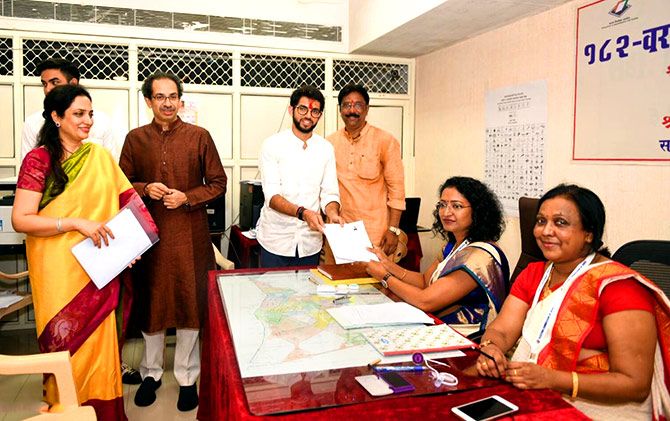 The Election Commission said a total of 1,423 candidates filed nominations across the state on Thursday, the penultimate day to submit papers.

Till now, the EC has received 1,969 nominations from across the state, which has a 288-member assembly.

Aaditya Thackeray, who has become the first member of the Thackeray clan to take plunge into electoral politics, is contesting from the Worli assembly segment in Mumbai.

He was accompanied by his father, Shiv Sena president Uddhav Thackeray, and mother Rashmi while filing nomination papers.

He was accompanied by party's Pune MP Girish Bapat and sitting Kothrud MLA Medha Kulkarni. The MLA was denied ticket this time to make way for Patil.

Chief Minister Devendra Fadnavis and state ministers Sudhir Mungantiwar and Radhakrishna Vikhe-Patil are set to file their respective nominations on Friday, the last to submit papers, the BJP said. 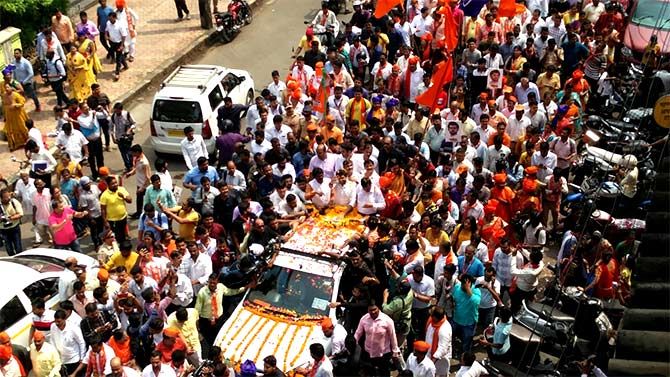 Besides Fadnavis, five other BJP candidates will file nominations from different assembly seats in Nagpur district.

A large number of BJP workers would be present during the filing of nomination papers by Fadnavis and other party candidates, a BJP release said in Nagpur.

Before that, a rally will be taken out from Samvidhan Square and it will conclude at the District Collector office at around 11 pm, the release said.

Fadnavis, the first BJP chief minister of the state, is seeking reelection from the Nagpur South West seat. 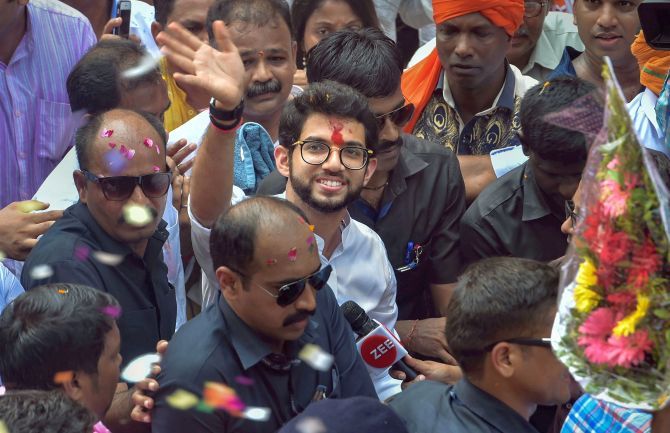 Sitting NCP MLA Jitendra Awhad filed his papers from the Kalwa-Mumbra constituency in Thane. Party president Sharad Pawar was with him on the occasion. 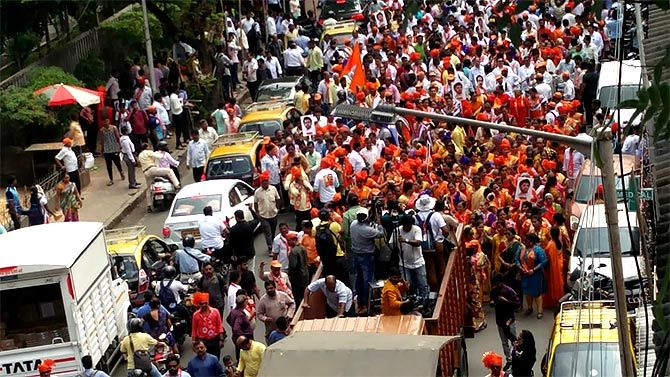 Another NCP candidate, Leader of Opposition in the Legislative Council Dhananjay Munde, pitted against his cousin and BJP minister Pankaja Munde in Beed's Parli segment, filed nomination in the morning.

Dhananjay Munde -- who was accompanied by local Congress and Left leaders too -- paid respects to his uncle, late BJP leader Gopinath Munde, before filing nomination.

Leader of the Opposition in Maharashtra Assembly Vijay Wadettiwar of the Congress filed papers from Brahmapuri in Chandrapur district. 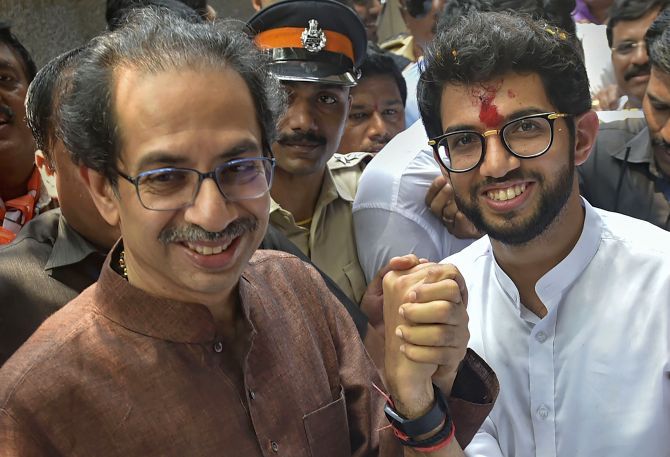 Both were accompanied by family members, including their brother and Bollywood actor Riteish, and party workers.

State minister Jaydutt Kshirsagar of the Shiv Sena filed papers from Beed in Maharashtra. Before submitting his papers, he took out a rally in Beed city.

NCP leader Vijay Singh Pandit and BJP MLA Laxman Pawar filed their nominations from the Georai constituency in Beed district. From the same seat, Shiv Sena Leader Badamrao Pandit has entered the fray as an independent.

BJP candidate Namita Mundada filed her nomination from Kej, from where former MLC Prithviraj Sathe has entered the fray on an NCP ticket.

BJP MLA Bhimrao Dhonde filed nomination from Ashti, from where Balasaheb Ajbe of the NCP has entered the fray. 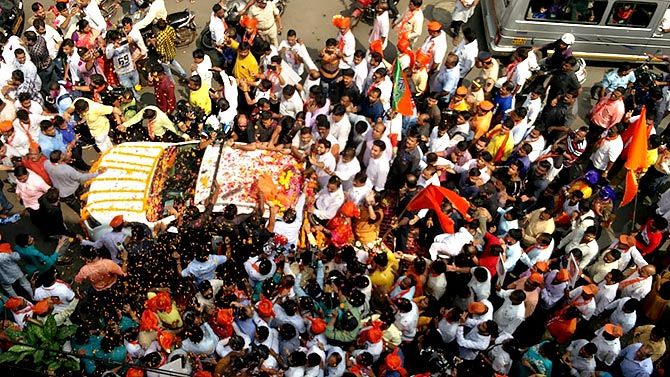 BJP MLA Pharande filed her nomination from Nashik Central, while Hiray, another sitting legislator of the ruling party, submitted papers to contest from Nashik West.

MLA Nirmala Gavit, who joined the Shiv Sena after quitting the Congress, filed her nomination from Igatpuri.

As many as 597 nomination forms have been received from candidates till date (October 3) in the Marathwada region of the state. The highest number of forms -- 135 -- has been revived in Nanded district.

The highest number of forms -- 464 -- was received on Thursday, the penultimate day of submitting nominations.

The region in central Maharashtra has 46 assembly constituencies spread across eight districts. 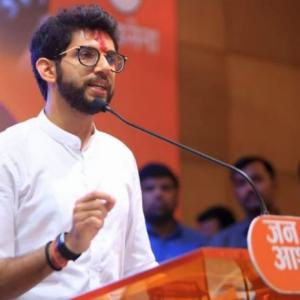 'Sure of win': Aaditya Thackeray to make poll debut