Draped in rainbow colours, hundreds of people on Sunday marched in the heart of the national capital for the 9th Queer Pride Parade to show solidarity with the LGBTQ community in making a united call for equality of gender and sexuality and seeking "a life without fear". 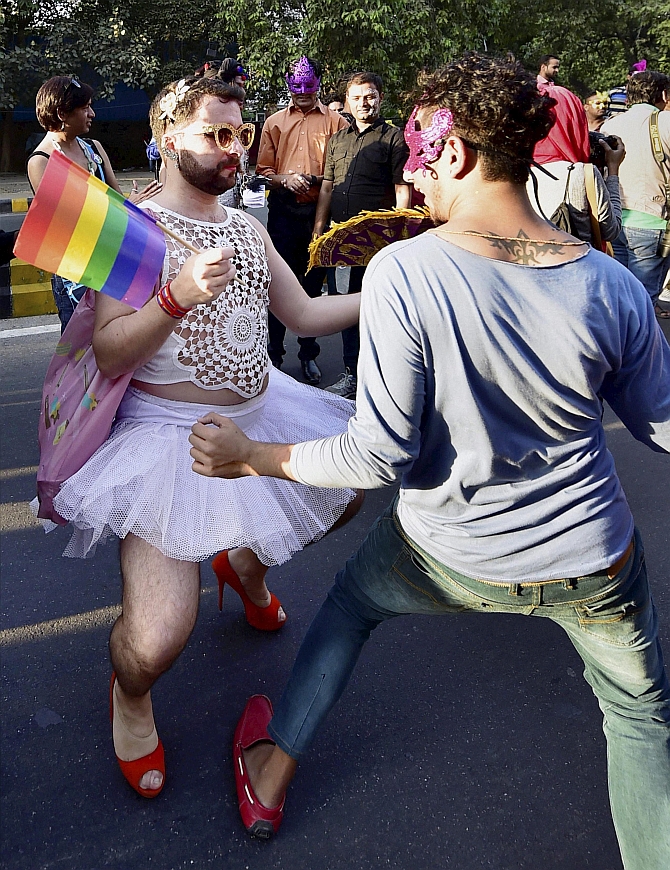 Organised by the Delhi Queer Pride Committee, the march kicked off from the corner of Barakhamba Road and Tolstoy Marg, and saw members of the community as well as their friends and family members turn out with placards, masks and costumes.

"Pride is an inter-mingling of many movements -- feminism, anti-caste movements, for free speech, so this march is important as it is a united call for a prejudice-free India," one of the participants said, requesting anonymity. 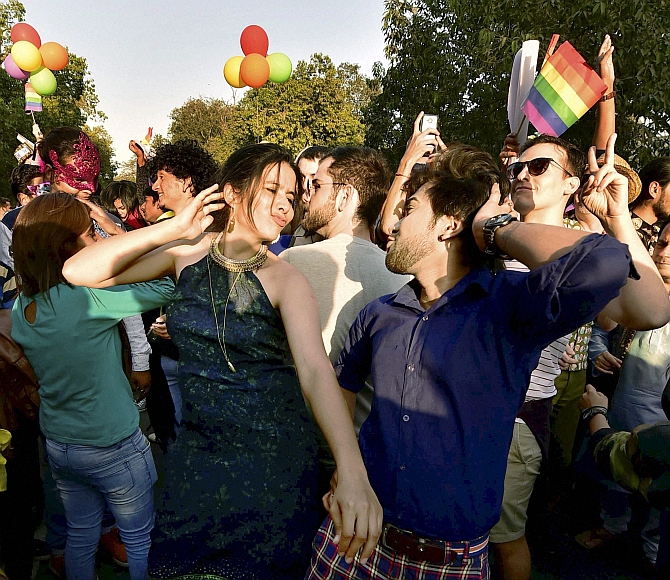 Another participant, Delhi University student Esha, said unlike earlier occasions, it is important for queer people this year to shout back equally louder to combat "noise from homophobic groups and an unfriendly government".

"I am not out yet so I tend to keep a low profile at LGBTQ events, but this year pride is important as a show of strength more than ever because noise from homophobic groups and an unfriendly government seems to have become louder. It is important that we as queer people should shout back equally louder," Esha said.

One of the organisers, Rituparna Borah, said this year's parade saw a greater participation than the last year, with around 800-1,000 people turning out. 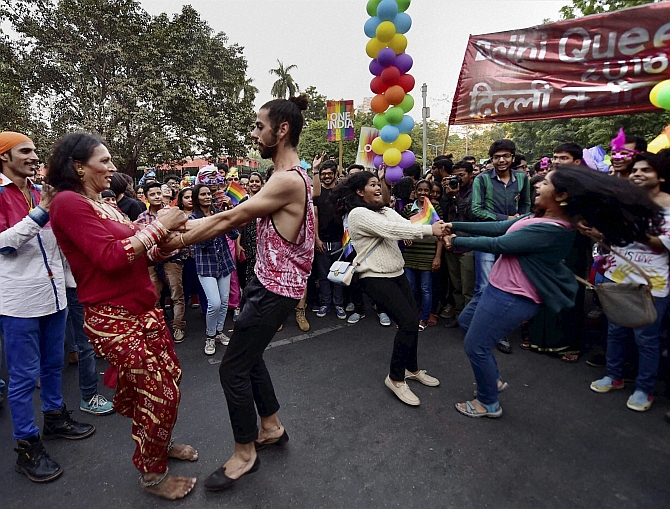 "People from all walks of life, identifying with different sexual orientations and genders took part in the parade, that culminated at Jantar Mantar," another organiser said.

While the focus of the 'pride' has been the repeal of Section 377 that criminalises same-sex unions and the demand for dignity for people who do not conform to society's ideas of sexual orientation or gender, different movements joined the parade this year in solidarity with the LGBTQ community.

This year's march was also in support of Dalits, Muslims, women, disabled, Kashmiris, people in the North-East, Adivasis, academics, filmmakers and students, according to an earlier statement on the Facebook page created for the event. 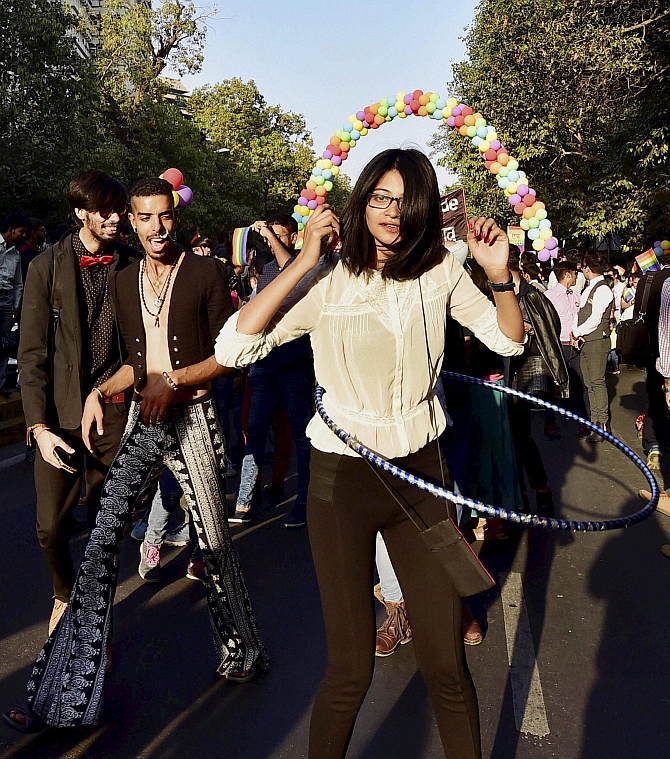 The march saw demands being voiced by a wide section of society -- from the demand to live free of fear to calls to break down patriarchal mindsets.

"Hence, more than ever, we assert that our pride is inextricably tied to a broader demand for freedom and dignity for all," a statement said. 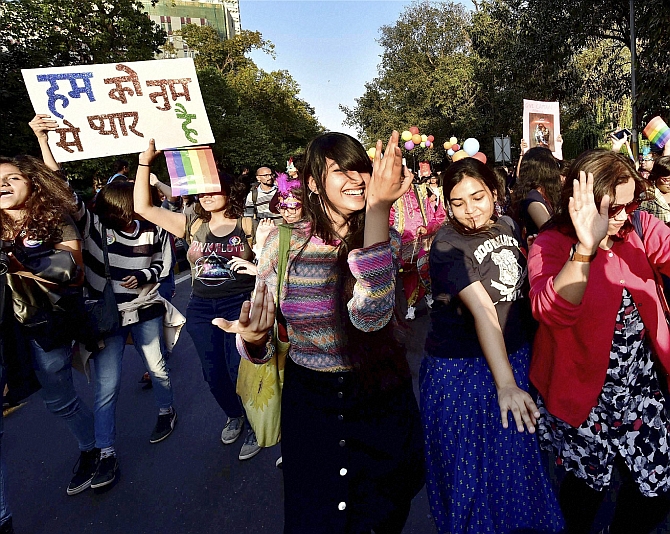 A participant, who works with a private company in Delhi, said, "We want to live without fear of any kind of repercussion from our family and from the workplace because of the gender we identify with. It is important to live a life without fear."

The Parade is a yearly festival, held on the last Sunday of November, to honour and celebrate lesbian, gay, bisexual, transgender, intersex and many gender and sexual non-conforming people, and their supporters.