18 INTERESTING photos from around the world 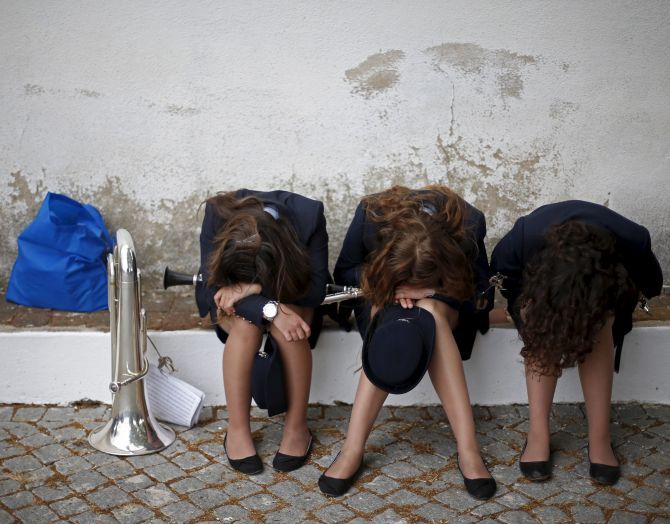 Members of a music band rest before the procession of 'Nossa Senhora da Boa Viagem', in Constancia April 6, 2015. This benediction has been held annually for about 200 years. In the past, goods were transported by the Tagus river in small boats to Lisbon, 100 km south. The sailors, as the navigation was dangerous, blessed their boats every year during the festivity of 'Nossa Senhora da Boa Viagem'. Photograph: Rafael Marchante/Reuters A woman enjoys the sun on the bank of the Yenisei River, with the air temperature at about 13 Celsius, in the Taiga district outside Russia's Siberian city of Krasnoyarsk. Photograph: Ilya Naymushin/Reuters A racehorse is hoisted up before its operation at Veliefendi equine hospital in Istanbul. A state-of-the-art hospital for hundreds of horses run by the Jockey Club of Turkey at Istanbul's Veliefendi racecourse is the country's oldest and biggest. Grooms and trainers at the equine clinic work with vets and nurses while owners hope their prize runners, often worth hundreds of thousands of dollars, will recover quickly and then run faster still. Photograph: Murad Sezer/Reuters 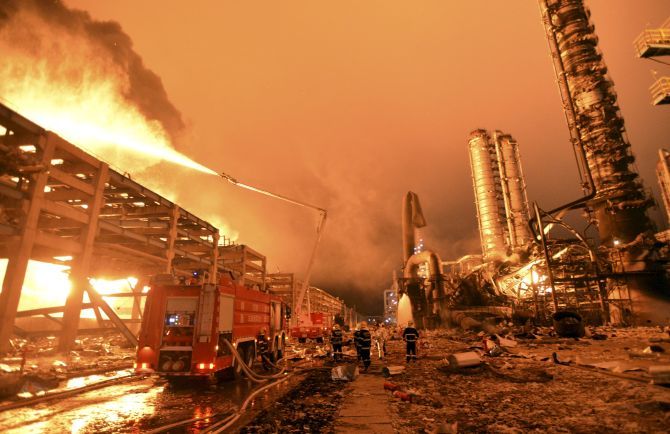 Firefighters try to extinguish a fire at a petrochemical plant in Zhangzhou, Fujian province April 7. At least six people were injured after an explosion hit part of an oil storage facility on Monday at Dragon Aromatics, an independent petrochemical producer in eastern China, Xinhua reported. Photograph: Reuters 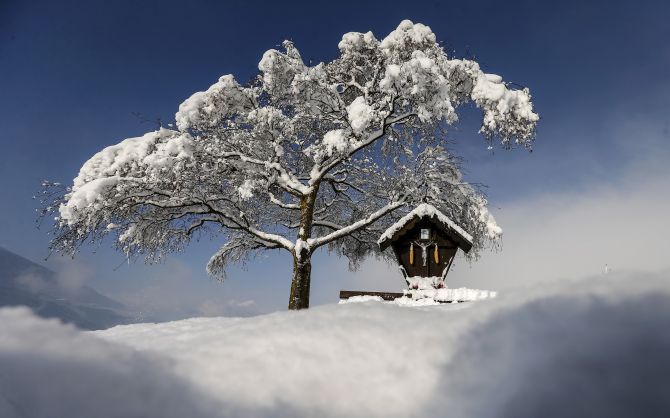 A tree is covered with snow on a sunny spring day in the western Austrian village of Absam. Photograph: Dominic Ebenbichler/Reuters 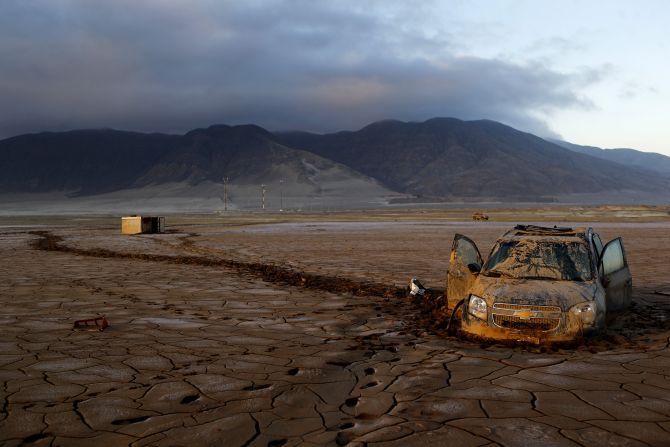 A vehicle partially submerged in dry mud is pictured in an area that was hit by floods at Chanaral town. Chile was hit by heavy rains and floods at the end of March. Photograph: Ivan Alvarado/Reuters Shane Moseley, 13, arrives to meet his friends to surf before school before sunrise in Hermosa Beach, California. The group of friends surf at sunrise most mornings, then shower outside and walk to school. Photograph: Lucy Nicholson/Reuters 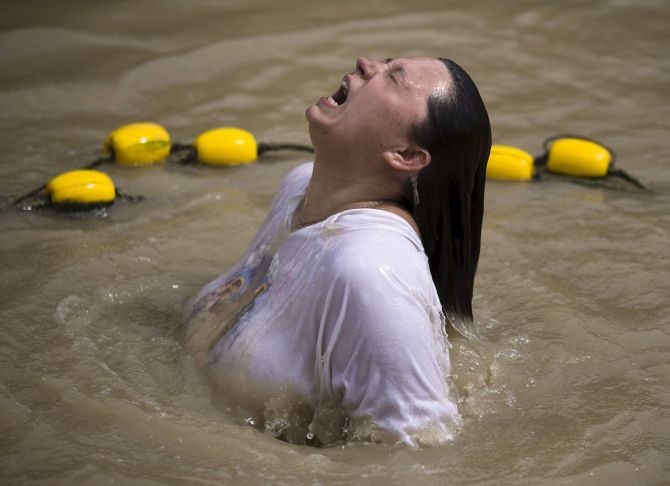 A Christian pilgrim dips in the water during her visit to the baptismal site known as Qasr el-Yahud on the banks of the Jordan River, near the West Bank city of Jericho. Photograph: Ilya Naymushin/Reuters 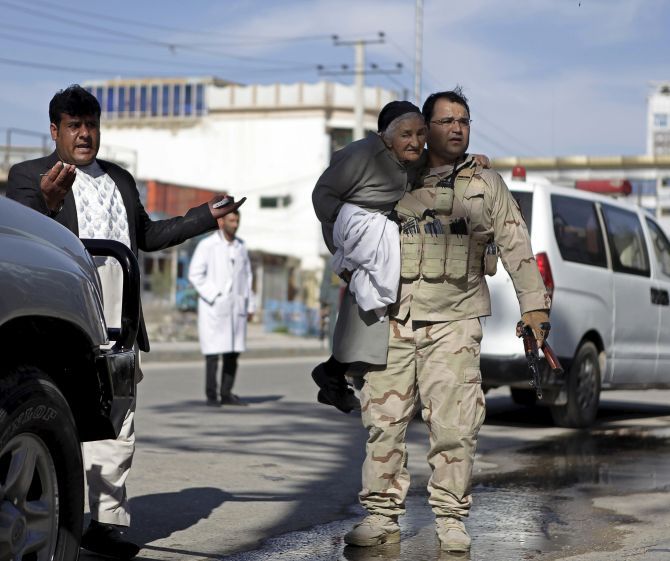 A member of the Afghan security force holds a woman while rescuing her from the site of an attack in Mazar-i-Sharif. Militants armed with rocket-propelled grenades and other weapons stormed a court in Afghanistan's northern city of Mazar-i-Sharif on Thursday, killing the district police chief and two other officers, authorities said. Photograph: Anil Usyan/Reuters 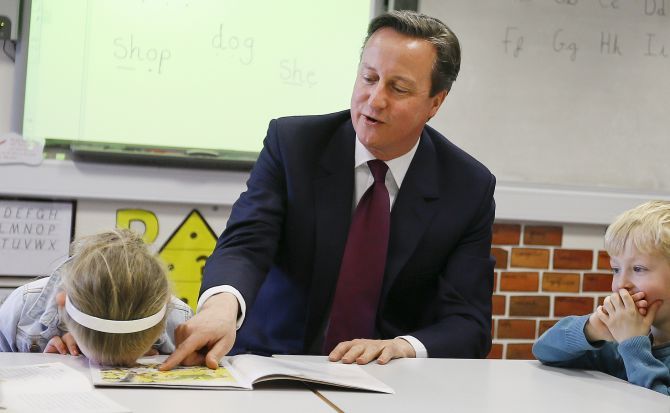 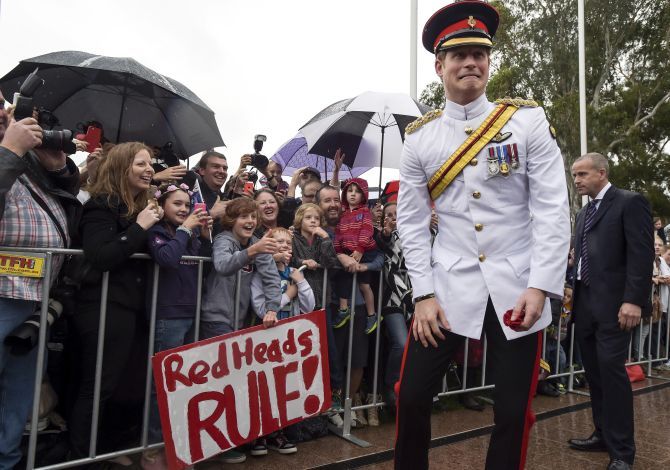 Daren Wendell celebrates with the shoes he used to run, after arriving in Times Square, New York where he completed 100 marathons in 100 days.  Photograph: Eduardo Munoz/Reuters 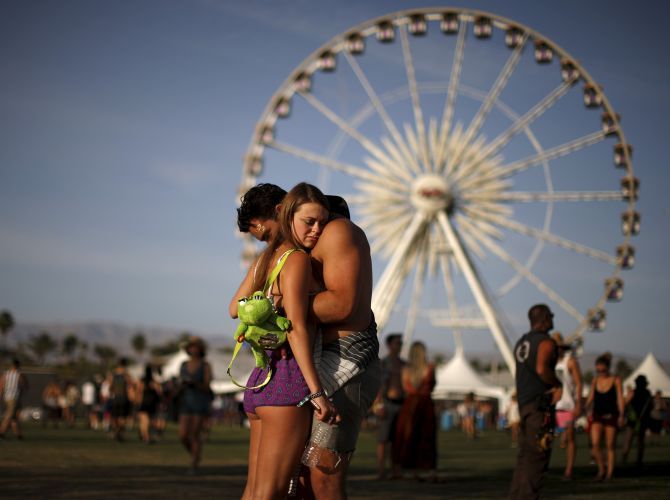 A couple hugs in front of the ferris wheel at the Coachella Valley Music and Arts Festival in Indio, California. Photograph: Lucy Nicholson/Reuters 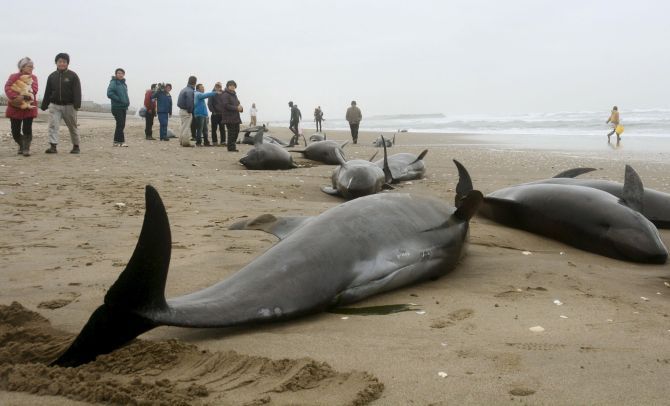 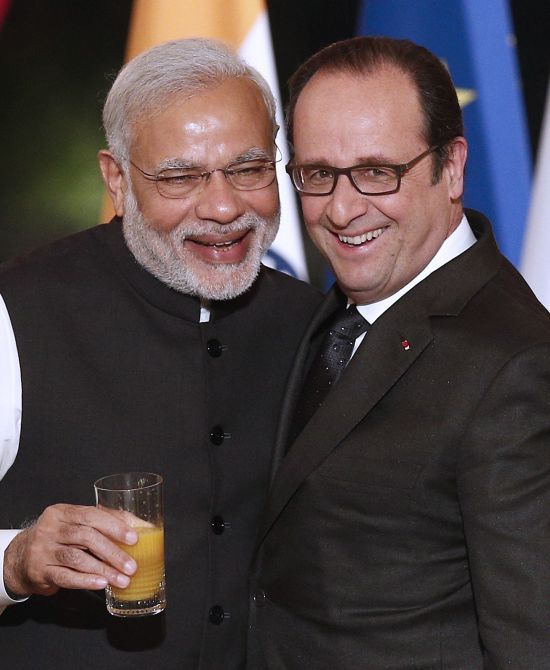 Samuel Kimata and Caroline Njeri, lead pallbearers, carry the coffin containing the body of Angela Nyokabi, a student killed during an attack by gunmen at GarissaUniversity, in Wanugu village, Gatundu near Kenya’s capital Nairobi. Days after Islamists killed 148 people at Garissa university, Kenya’s president held out an olive branch to Muslims and urged them to join Nairobi in the struggle against militant Islam by informing on sympathizers. Photograph: Thomas Mukoya/Reuters US television personality Kim Kardashian and her sister Khloe Kardashian attend a flower laying ceremony at the TsitsernakaberdArmenianGenocideMemorialMuseum in Yerevan. Kim Kardashian, visiting her ancestors’ homeland of Armenia, placed flowers at a memorial to the 1915 mass killings of Armenians by Ottoman soldiers. Photograph: Hayk Baghdasaryan/Photolure/Reuters 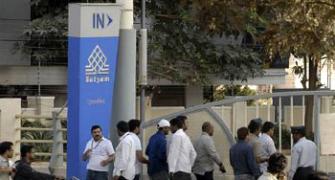 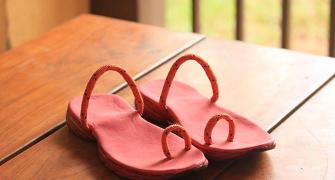 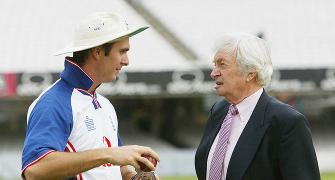 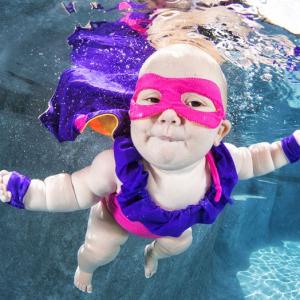