News
Business
Movies
Sports
Cricket
Get Ahead
Money Tips
Shopping
Sign in  |  Create a Rediffmail account
Rediff.com  » News » IN PHOTOS: The 59-missile attack by US on Syria

US President Donald Trump ordered military strikes against Syria on Thursday in retaliation for a chemical weapons attack that killed dozens of civilians, including children.

Two US warships in the eastern Mediterranean launched 59 Tomahawk cruise missiles at a Syrian government airbase, US officials said.

Here’s the attack in images. 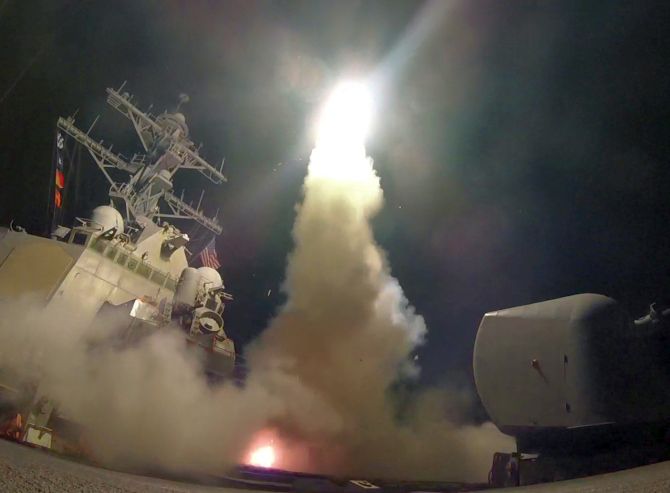 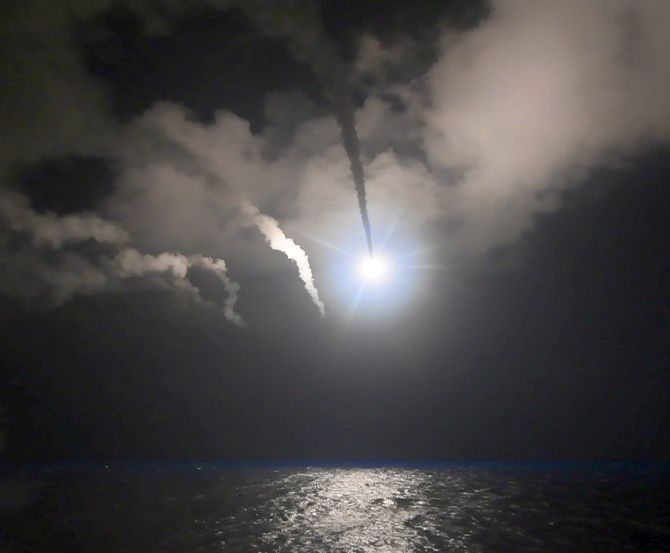 A US-launched missile heads for the al-Shayrat military airfield near Homs in Syria on Friday where it caused severe damage to military aircraft and weapons. Photograph: US Department of Defense/Reuters 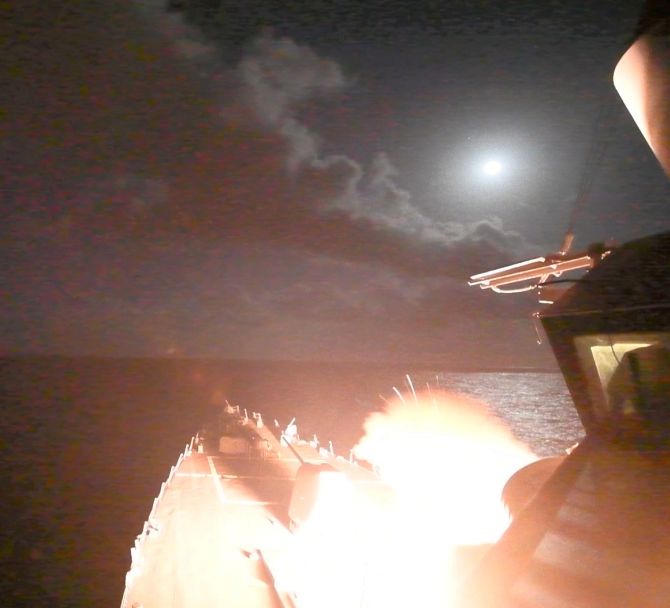 A US Navy image shows the USS Ross (DDG 71) firing a tomahawk land attack missile at the Syrian air base. Photograph: US Department of Defense/Reuters 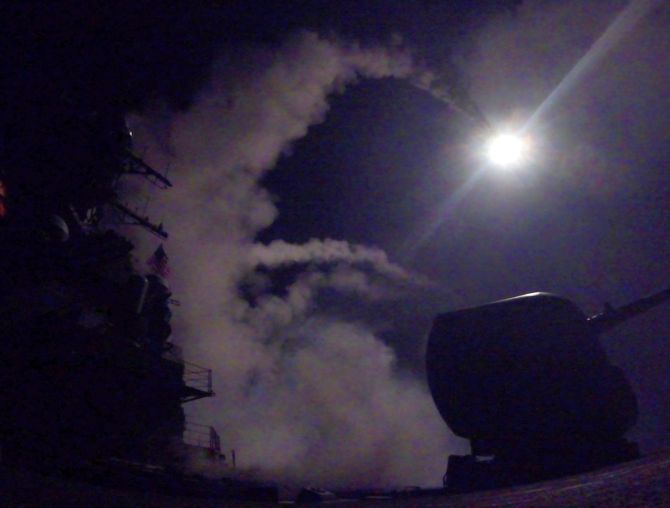 Smoke rises from the deck of the USS Porter as the United States blasted a Syrian air base with a barrage of cruise missiles in fiery retaliation for this week's gruesome chemical weapons attack against civilians. Photograph: US Department of Defense/Reuters 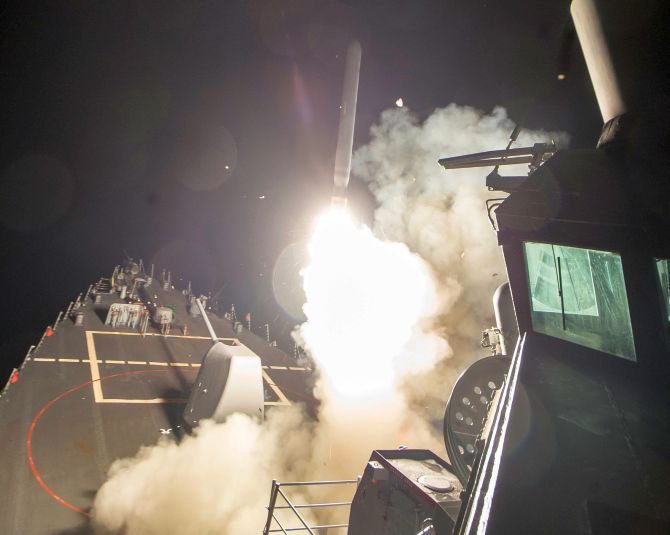 The 59 Tomahawk cruise missiles were launched after the US informed the Russians of the attack. Photograph: US Department of Defense/Reuters 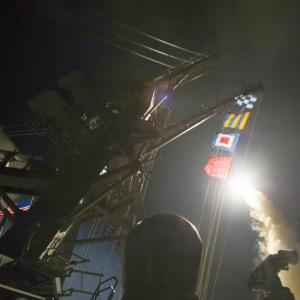 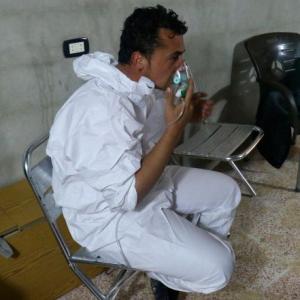