Maintaining his grip over the Communist Party of India-Marxist, party politburo member Pinarayi Vijayan was re-elected unanimously as its Kerala unit secretary by the state conference.

Leading the party in the state since 1998, the re-election of the 67-year-old leader again demonstrated his hold on CPI(M), which often in the past passed through grim phases of factional trend involving him and former Chief Minister V S Achuthanandan.

Significantly, Vijayan's name to the key party post was proposed by Achuthanandan himself, who had reportedly faced criticism at the conference for taking positions at variance with the party's official line in the last four years.

Delegates who attended the meet also unanimously elected an 84-member state committee, five-member control commission and delegates for the party congress to be held in Kozhikode in April, Vijayan and other leaders told media persons in Thiruvananthapuram after the meet ended on Friday.

An astute politician and skilled organiser, Vijayan came up in politics as a student and youth activist.

Born on March 21, 1944 in the Leftist hotbed Pinarayi in Kannur district, Vijayan has been in the forefront of struggles waged by the party in the last few decades.

A man of few words, he was elected to the state assembly five times and proved a hard-hitting speaker and gifted debator when his services were required by the party within and outside the legislature.

Vijayan had a brief stint as electricity minister in 1996-98 and proved his administrative acumen by pulling the state from one of the worst power crisis.

He resigned from the ministry to take up the party assingment as insisted by one-time mentor Achuthanandan in 1998.

They, however, fell out following sharp differences over some vital issues, triggering a murky phase of groupism in the state unit.

Over the years, Vijayan emerged as the most powerful Communist leader in Kerala by strengthening his grip over the party structure and steering it clear of hierarchical factionalism in the last few years. 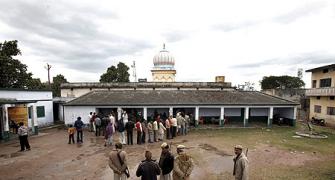 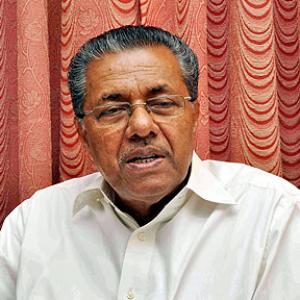