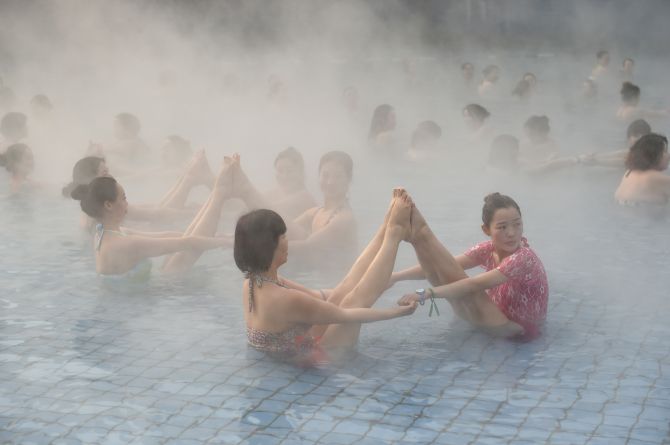 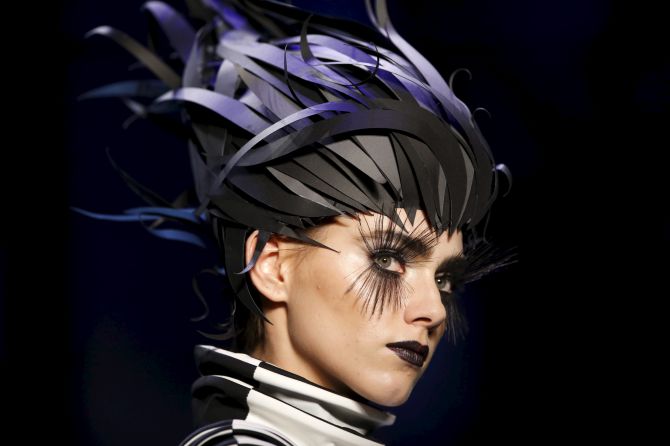 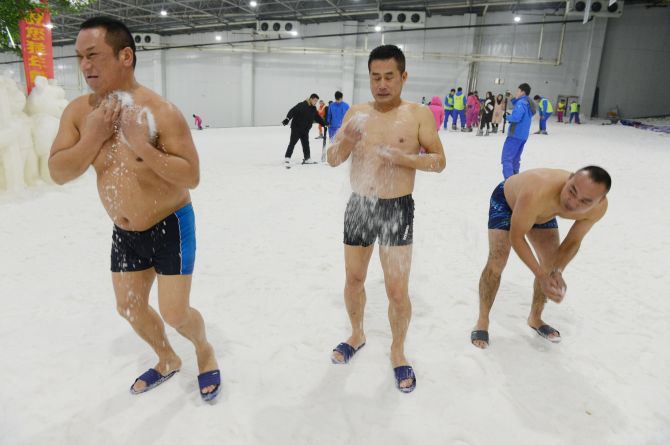 Contestants take part in a cold enduring competition in temperature of -6°C at an indoor ski resort in Changsha, Hunan province in China. Photograph: China Daily/Reuters 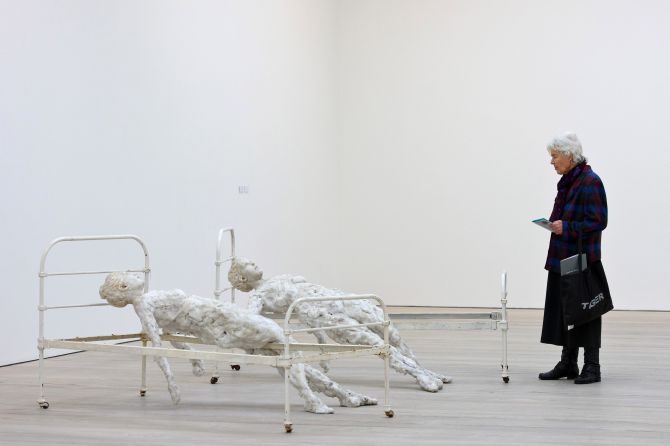 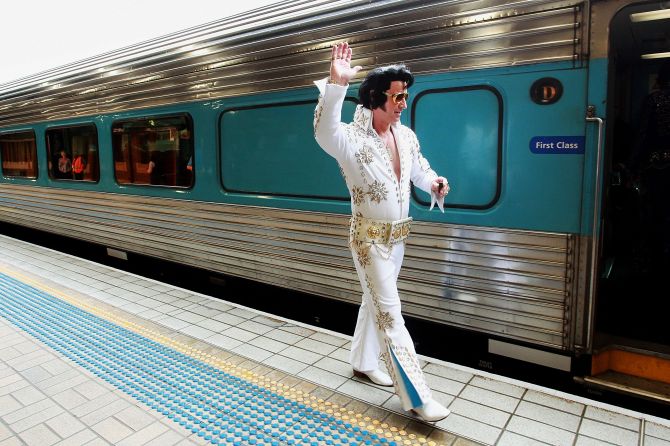 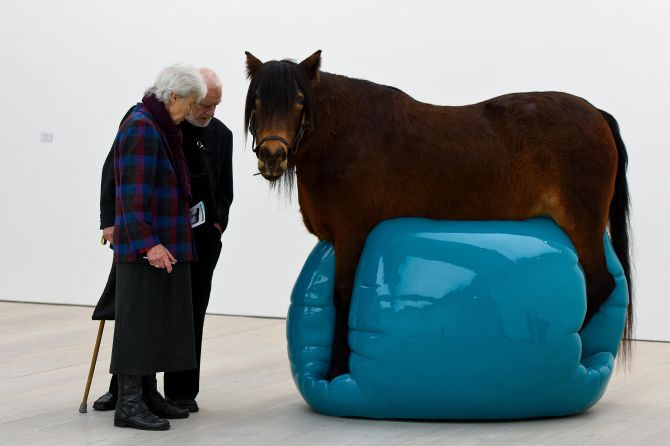 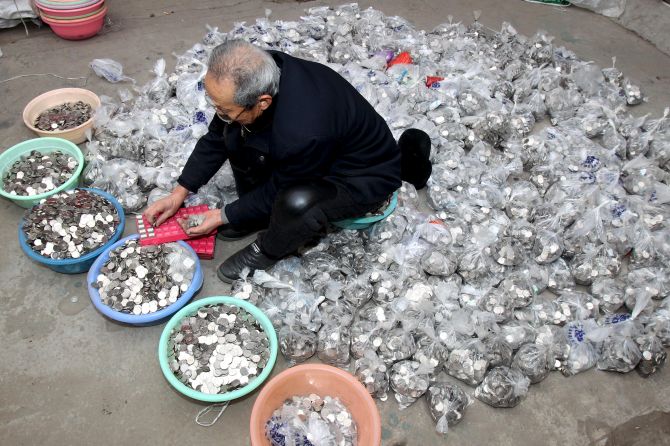 A man counts coins collected from coin-operated laundry machines, at a warehouse in Zhengzhou, Henan province, China. A man running a coin-operated laundromat service had failed to exchange 3,00,000 yuan (About Rs 29 lakh) worth of coins into banknotes to pay his employees salaries for three months, according to local media. Local banks said they are unable to process the exchange in a go, the reports added. Photograph: Stringer/ Reuters 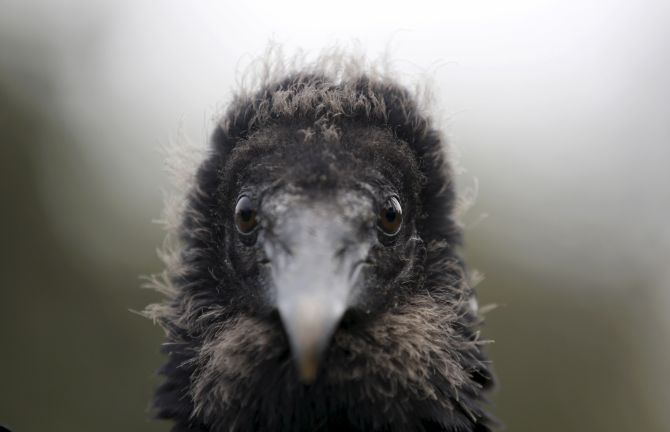 A vulture stands during an exercise for the ‘Vultures Detect’ programme at Huachipa Zoo in Lima. Residents of Lima would be wise to follow the proper guidelines when taking out their trash. Vultures are being equipped with GPS tracking devices and GoPro cameras to help environment officials crack down on illegal waste dumps surrounding the Peruvian capital. Photograph: Mariana Bazo/Reuters 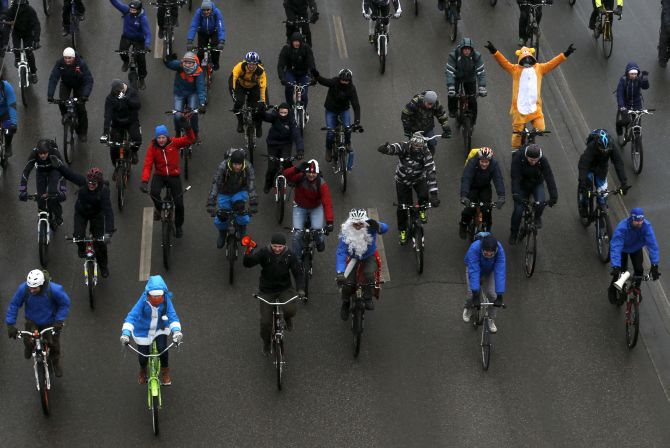 People ride bicycles along an embankment of the Moskva river during the so-called winter bicycle parade in central Moscow, Russia. Photograph: Maxim Zmeyev/Reuters 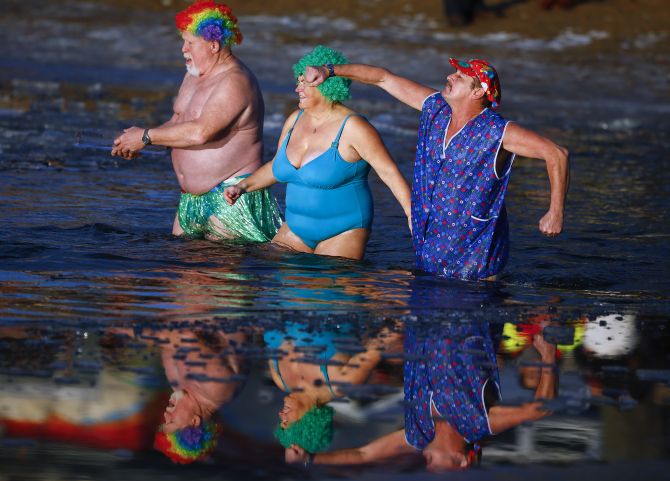 Members of an ice swimming club take a dip in the lakeOrankesee during the annual carnival swimming meeting in Berlin, Germany. Photograph: Hannibal Hanschke/Reuters 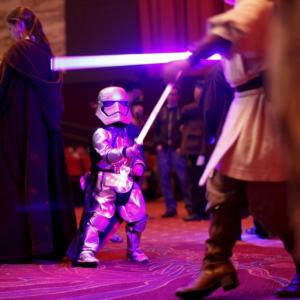