The mass marked the high point of the first papal visit to the Arabian peninsula.

Pope Francis on Tuesday, February 5, held an open air mass in the United Arab Emirates as he concluded his historic visit to the Arabian peninsula.

A day after making a broad appeal for Christian and Muslim leaders to work together to promote peace and reject war, the pope celebrated what some considered the largest show of public Christian worship on the peninsula, the birthplace of Islam.

Glimpses from the event. IMAGE: The pope waved at an enthusiastic crowd carrying Vatican flags and banners as he drove into the Zayed Sports City Stadium where an altar with a large cross was set up for the open-air service in a country that borders the birthplace of Islam. 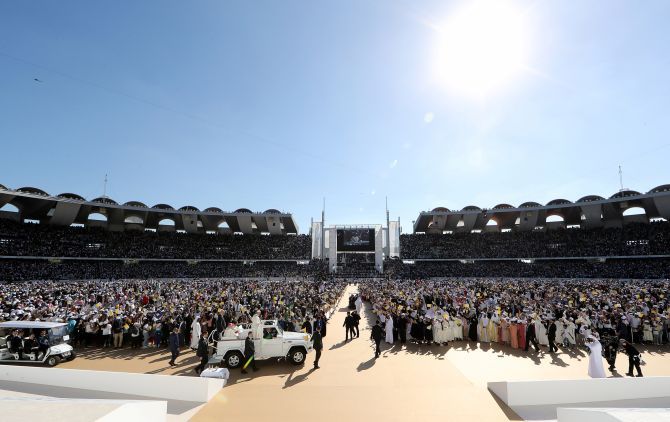 IMAGE: Chants of 'Viva il Papa' and 'We love you!' echoed from the crowd, estimated to number around 135,000, as Pope Francis looped through the crowd in his open-sided popemobile. IMAGE: In his homily, delivered in Italian and translated into Arabic with English subtitles on giant screens, Pope Francis made a direct reference to the sufferings many endure. IMAGE: 'It is most certainly not easy for you to live far from home, missing the affection of your loved ones, and perhaps also feeling uncertainty about the future,' the pope said. 'But the Lord is faithful and does not abandon his people.' 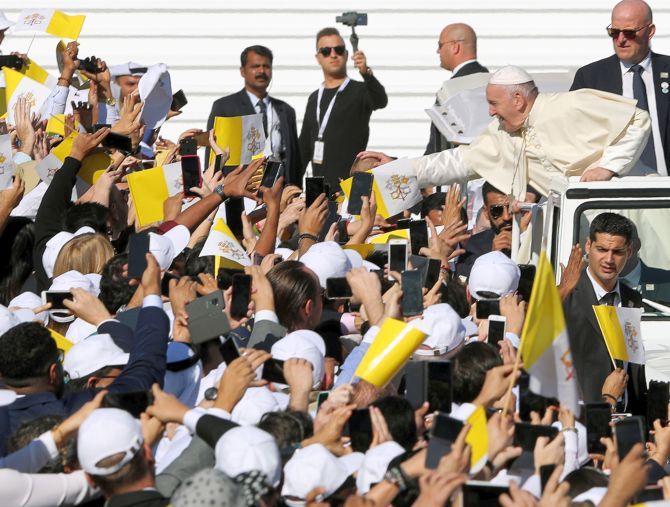 IMAGE: Jesus, Pope Francis said, 'did not ask us to build great works or draw attention to ourselves with extraordinary gestures. He asked us to produce just one work of art, possible for everyone: Our own life.' IMAGE: Muslims make up nearly four fifths of the UAE's population, but the country is also home to nearly a million Catholics, according to the Apostolic Vicariate of Southern Arabia. 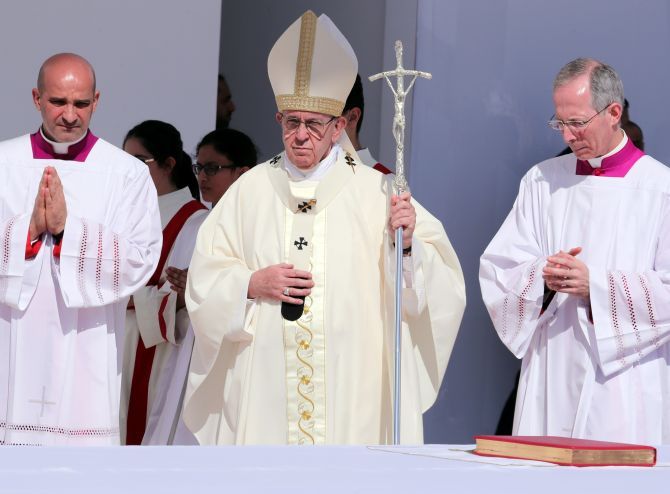 IMAGE: The UAE has pushed itself as an open society in a conservative region. The country is home to eight Catholic churches, Hindu temples and a place of prayer that serves as a synagogue. 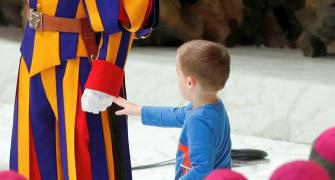 PHOTOS: When Pope Francis was interrupted by a 6-yr-old 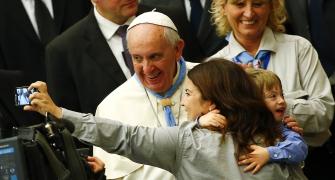 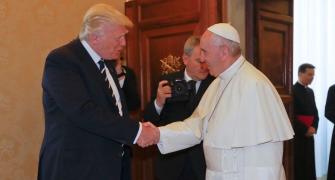 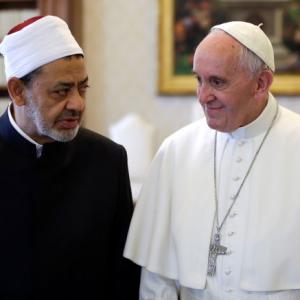 In a first, Pope Francis meets grand imam of Al-Azhar in Vatican 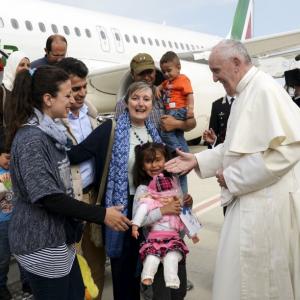