Shocking images of a drowned Salvadoran migrant and his 2-year-old daughter who died while trying to cross the Rio Grande river from Mexico to the United States have sparked outrage world over. 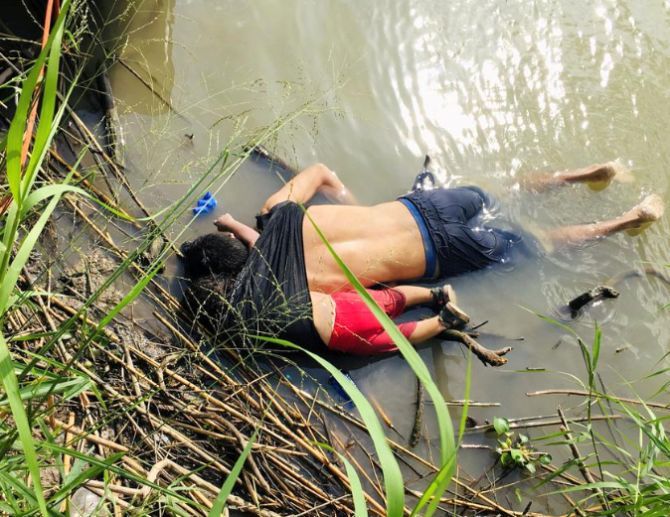 IMAGE: The bodies of Salvadorian migrant Oscar Alberto Martinez Ramirez and his daughter Valeria are seen after they drowned in the Rio Bravo river while trying to reach the United States, in Matamoros, in Tamaulipas state, Mexico. Photograph: Reuters

Oscar Alberto Martinez Ramirez and his daughter Valeria were fleeing from El Salvador, which is wracked by violent crime, hoping to find new life in the United States.

Twenty-five-year-old Ramirez carried the little girl on his back, stowing her inside his t-shirt to keep her safe as they attempted to cross the river.

But the pair were swept away by violent currents, drowning before her mother, Tania Vanessa Avalos's eyes, who survived the ordeal and arrived on shore.

The haunting images offers a glimpse into the suffering asylum seekers face on the US-Mexico border.

This new image is reminiscent of the iconic 2015 photo of a drowned 3-year-old Syrian boy, Aylan Kurdi, whose body washed up on a beach in Turkey. The photo shocked and moved UN and European leaders and stirred discussion over immigration policies.

Anguish, empathy and outrage have been poured in as the photographs showing the young father and child lying face-down in water surfaced on the Internet.

The office of the United Nations High Commissioner for Refugees called for "all countries in the region to take immediate and coordinated steps to prevent further tragedies like this from occurring.

"The deaths of Oscar and Valeria represent a failure to address the violence and desperation pushing people to take journeys of danger for the prospect of a life in safety and dignity," the high commissioner, Filippo Grandi, said.

"This is compounded by the absence of safe pathways for people to seek protection, leaving people with no other choice than to risk their lives," he added.

The Vatican issued a statement saying Pope Francis "is profoundly saddened" by the deaths.

"The Pope is profoundly saddened by their death, and is praying for them and for all migrants who have lost their lives while seeking to flee war and misery," Vatican spokesman Alessandro Gisotti said.

"And what happens when they arrive? Trump says, 'Go back to where you came from.' That is inhumane. Children are dying. This is a stain on our moral conscience," she added. 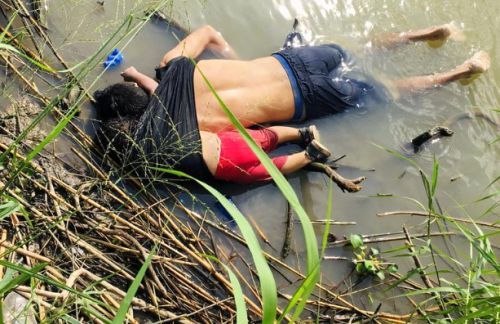 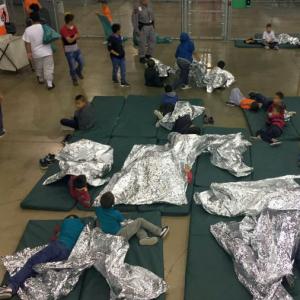