Portraying President Donald Trump as a protector of the nation, his deputy and running mate Vice President Mike Pence has said the United States needs four more years of his administration in these challenging times. 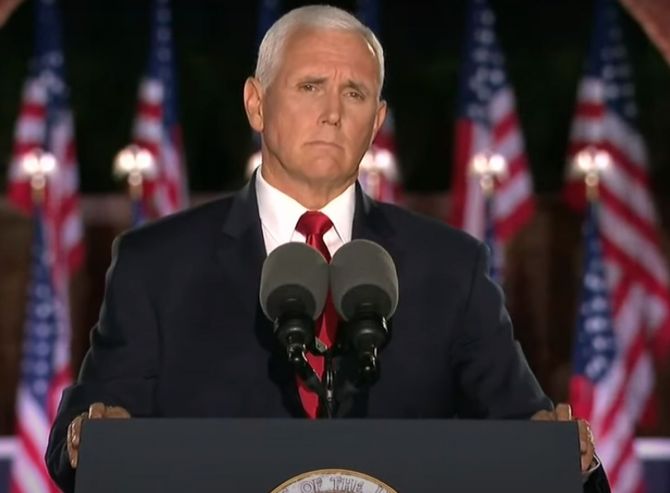 Pence, 61, formally accepted the Republican Party's vice-presidential nomination on the third night of the National Republican Convention on Wednesday.

“In these challenging times… our country needs a president who believes in America. Who believes in the boundless capacity of the American people to meet any challenge, defeat any foe, and defend the freedoms we all hold dear," he said.

Republican delegates from across the country have re-nominated Trump and Pence for the November 3 election.

They will be challenged by former vice president Joe Biden and his Indian-origin running mate Senator Kamala Harris on the Democratic ticket.

“The hard truth is... you won't be safe in Joe Biden's America,” Pence said in his acceptance address from Fort McHenry in Baltimore.

“Four years ago, I answered the call to join this ticket because I knew that Donald Trump had leadership and the vision to make America great again," Pence said.

Amid protests over the police shooting of a Black man in Wisconsin, Pence described the election between Trump and Biden as a choice between law-and-order and lawlessness.

Police in Kenosha, Wisconsin, shot Jacob Blake Blake, 29, multiple times in the back on Sunday, reigniting protests against racism and police brutality that erupted across the US earlier in the year after the death of George Floyd.

"Let me be clear: the violence must stop -- whether in Minneapolis, Portland or Kenosha. Too many heroes have died defending our freedom to see Americans strike each other down. We will have law and order on the streets of this country for every American of every race and creed and colour."

He said Biden would double down on the very policies that are leading to unsafe streets and violence in America's cities.

“When you consider their agenda it's clear: Joe Biden would be nothing more than a Trojan horse for a radical left. The choice in this election has never been clearer and the stakes have never been higher,” Pence said.

At the root of their agenda, Pence alleged, is the belief that America is driven by envy, not aspiration -- that millions of Americans harbour ill-will toward their neighbours, instead of loving neighbours as themselves.

Pence said for the last four years, he has been watching Trump enduring unrelenting attacks and getting up every day and fighting to keep the promises he made to the American people.

“So, with gratitude for the confidence President Donald Trump has placed in me, the support of our Republican party, and the grace of God, I humbly accept your nomination to run and serve as Vice President of the United States,” Pence said.

Trump, who would deliver his acceptance speech from the South Lawn of the White House on Thursday, joined Pence and the Second Lady Karen Pence at the stage along with the First Lady Melania.

In his remarks, Pence said that last week's Democratic National Convention was full of negativity.

“Democrats spent four days attacking America. Joe Biden said we were living through a 'season of American darkness'. But as President Trump said, 'where Joe Biden sees American darkness, we see American greatness',” he said amidst applause from a select group of invited guests.

Noting that serving the American people in this office has been a journey he never expected, Pence said over the past four years, he has worked closely with the president.

"He sees America for what it is... a nation that has done more good in this world than any other . . . a nation that deserves far more gratitude than grievance . . . and if you want a president who falls silent when our heritage is demeaned or insulted, then he's not your man...,” Pence said.

In a city known for talkers, President Donald Trump is a doer, he said.

"Few presidents have brought more independence, energy, and determination to that office. Four years ago we inherited a military hollowed out by devastating budget cuts, an economy struggling to break out of the slowest recovery since the great depression," he said.

"ISIS controlled a land mass twice the size of Pennsylvania and we witnessed a steady assault on our most cherished values like freedom of religion and the right to life,” he said. PTI LKJ AKJ

Rooting for Trump and her husband, US Second Lady Karen Pence highlighted the "significant" support extended by the Trump administration to military personnel, their families and veterans, urging Americans to honour their "heroes" by re-electing President Donald Trump and Vice President Mike Pence for four more years.

"This evening, we look at heroes in our land. As Second Lady of the United States for the past three-and-a-half years, I have had the honour of meeting many heroes across this great country," 63-year-old Pence said as she addressed the third night of the Republican National Convention on Wednesday.

She stressed that one of her key initiatives is to elevate and encourage military spouses.

Noting that the Pences are a military family with her son Michael serving in the US Marines and son-in-law Henry in the US Navy, she said, "These men and women, like our daughter, Charlotte, and our daughter-in-law, Sarah, are the home front heroes."

Pence said over the past three years she has been privileged to hear many stories of selfless support, volunteer spirit and great contributions to the armed forces and communities.

"President Trump and Vice President Pence have been supporting our United States Armed Forces, including our military families, on a significant scale,” she said.

While travelling throughout the nation to educate military spouses about policy solutions, Trump has promoted, involving real, tangible progress in military spouse employment, Pence said, adding that she has been inspired to meet heroic military spouses and has been able to bring awareness about art therapy for heroic veterans suffering from Post Traumatic Stress Disorder. 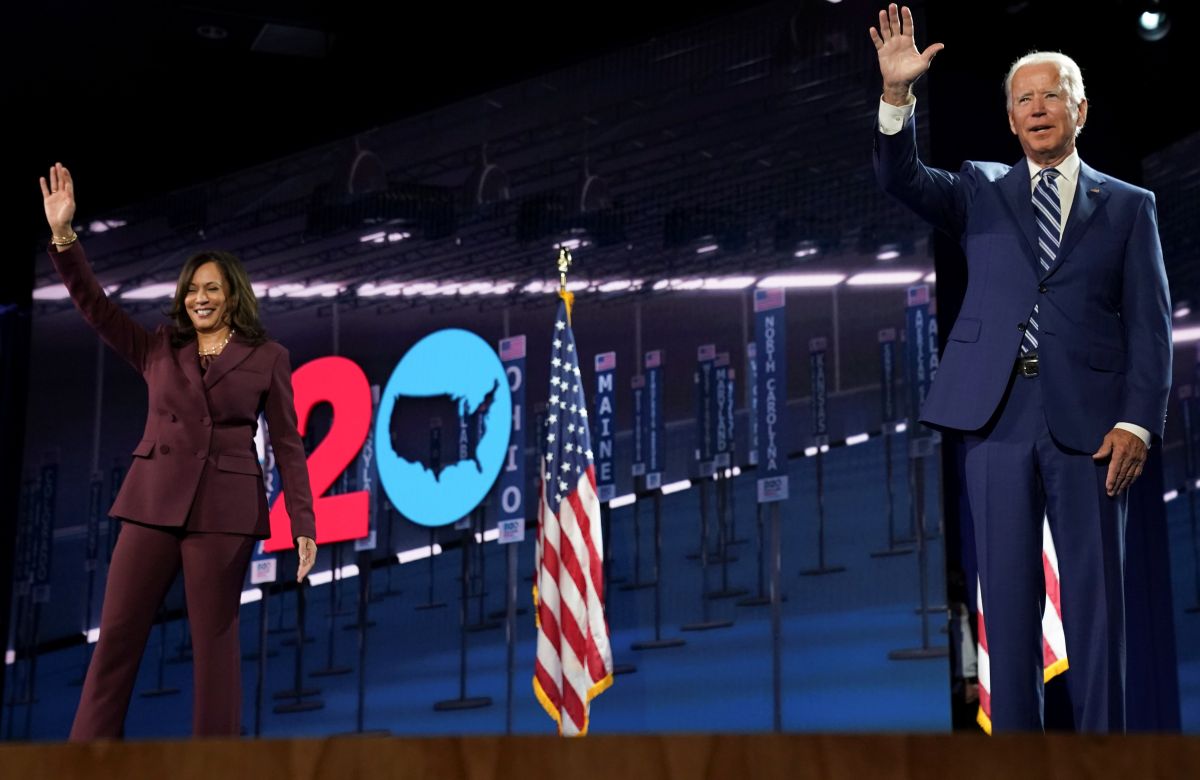 'Biden-Harris will make US a socialist country' 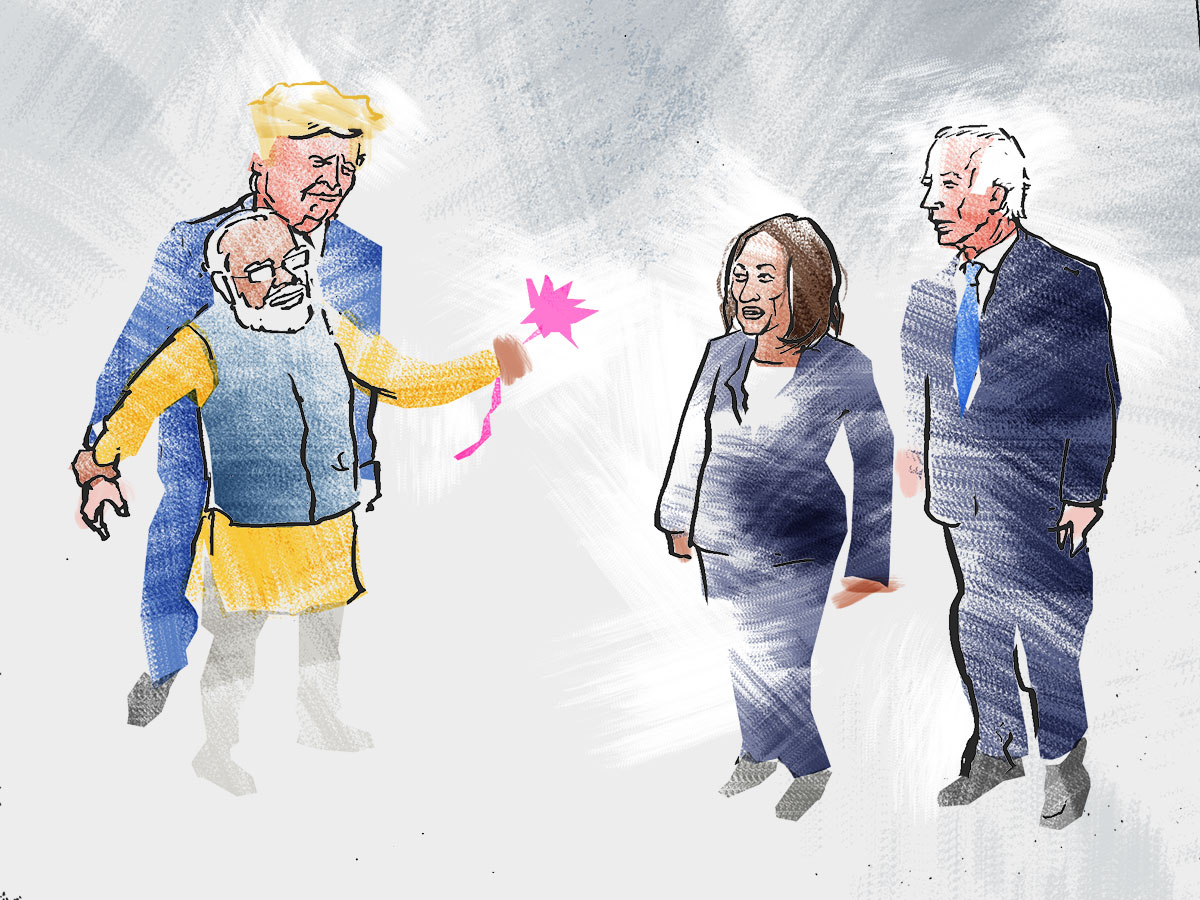