The opposition Peoples Democratic Party told Prime Minister Manmohan Singh that 'unless a congenial atmosphere was created in the state, well meaning initiatives like the internal dialogue or resumption of Indo-Pak talks will fail to takeoff.'

As per a statement issued by the party on the meeting, Mehbooba Mufti told the PM that 'You will have to address the concerns of the people of Jammu and Kashmir and ensure their democratic rights to see your dream of resolving Kashmir materialise'.

She said 'while the PDP and other parties including Hurriyat Conference were demanding the release of prisoners, revocation of AFSPA and Disturbed Areas Act and a reduction in forces in civilian areas, the state government had created a stone wall of repression and revenge against all voices of concern and peace'.

Mehbooba said 'unless these issues are addressed which now constitute the political middle ground of the state, it would be futile to hope for the restoration of normalcy for which the people of the state had repeatedly reposed their trust in the electoral process'.

The PDP president said 'even after the visit of the all-party delegation to the state and announcement of an eight-point agenda, the government had not taken a single step towards rebuilding the confidence of the people in country's democratic system or creating conditions for their participation in a resolving the issue.' 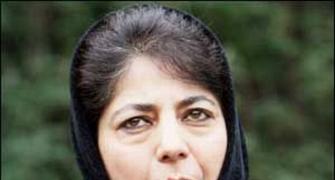 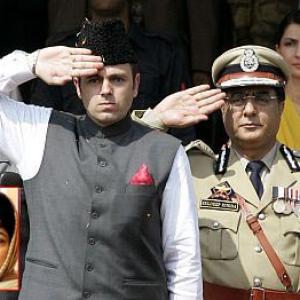