Two videos of patients performing 'garba' at COVID-19 facilities in Mumbai have surfaced on social media, even as the Maharashtra government has appealed to people to hold health and blood donation camps instead of dandiya during the ongoing Navratri festival. In one of the videos, a number of COVID-19 patients with masks on their faces are seen performing garba along with health workers wearing PPE kits on a Bollywood song in a female ward.

In the clip, some female patients are also seen watching the performance.

In another video, some male patients are seen doing garba with healthcare professionals who are in PPE kits at 'Nursing Station 15'.

According to some social media posts, the videos of garba performance are from the Goregaon-based jumbo COVID-19 facility of the Brihanmumbai Municipal Corporation.

When contacted, BMC Commissioner Iqbal Singh Chahal said on Tuesday that one of the videos of the garba performance was from the BMC's COVID-19 centre, but the facility's dean told him they had not organised it.

Chahal said the facility's dean also informed him that the patients were celebrating on their own in the ward along with health workers, and they were feeling happy and good.

"As it was a sign of happiness, the doctors inside (the facility) allowed them to celebrate," he said quoting the dean.

The facility's dean also said there was no harm if the patients do something to be happy in a COVID-19 centre, the civic chief added.

Mumbai is one of the worst affected by COVID-19 in the county with nearly 2.43 lakh cases and over 9,700 deaths reported from the metropolis so far.

The Maharashtra government last month urged people to celebrate the Navratri and forthcoming Dussehra festival in a low-key manner due to the coronavirus outbreak.

In the guidelines issued on September 29, it suggested organisation of health and blood donation camps instead of dandiya, garba and cultural events involving mass participation.

Even the BMC earlier this month appealed to people to strictly follow guidelines issued by the state government while celebrating the Navratri and Dussehra festivals. 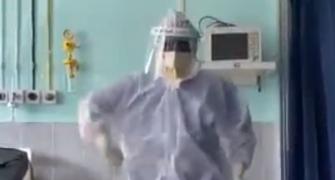 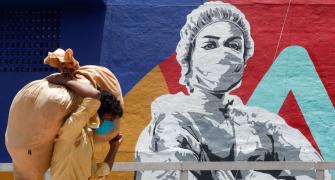 Coronavirus can be controlled by next year, says panel 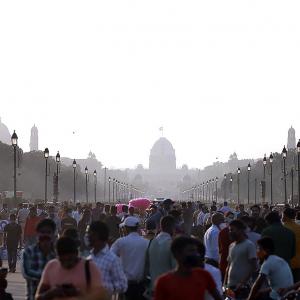 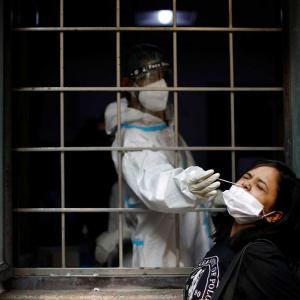