A United Kingdom national tested positive for coronavirus in Kerala on Sunday and was stopped along with 18 others of his tourist group at the Kochi airport from flying to Dubai after he allegedly jumped
quarantine in the hill resort town of Munnar, officials said. The foreigner who tested positive and his wife have been admitted to an isolation facility at a nearby government hospital while the 17 were sent to a hotel for quarantine after being offloaded from the
flight, Kerala Agriculture Minister V S Sunil Kumar told reporters at the airport.

Another passenger, a Keralite also booked on the Emirates flight scheduled for departure at 9.20 am, voluntarily opted not to travel and has been advised home quarantine, officials said.

The flight carrying 270 passengers left for Dubai at 12.47 pm after the 20 passengers were offloaded, airport spokesman said.

With the UK national testing positive, the total number of confirmed COVID-19 cases under treatment in Kerala has risen to 20 and over 300 under are in isolation wards of various hospitals.

The resort has been closed, its employees quarantined and steps taken to identify those who came in contact with the tourists in the state, officials said.

Talking to reporters in Thiruvananthapuram, state Health Minister K K Shailaja alleged the tourists had left the resort without informing the health officials and added the government would probe the matter.

"As soon as we got the positive result, the officials went to take them (the couple) to isolation ward but came to know they left for airport. The resort authorities should have been more vigilant as the
government had given strict direction not to allow the foreigners to leave the resorts," she said.

The health officials have started tracing those who came into contact with the tourists in Kerala, she added.

According to officials, the UK national had been put under quarantine at the resort in Munnar in Idukki district after he consulted a doctor there for fever few days ago.

He, however, left for Kochi without informing the authorities to board the flight to Dubai and was traced at the Cochin International Airport.

There is no clarity on whether all the 19 travelled together to the airport.

The Briton and his wife belonged to a group of 19 foreign tourists visiting Kerala. The 17 other members of the group will remain quarantined at the hotel under the watch of the Ernakulam District
administration, Minister Sunil Kumar said.

Idukki District Collector H Dineshan said the resort authorities did not follow the directions issued by the state government with regard to the tourists lodged there.

"The tourists were under surveillance from March 11 in the resort itself. However, they left without informing us. The staff of the resort, including the manager, is put under quarantine," he said.

Earlier, the spokesman of the airport said at least 289 passengers of the Dubai-bound flight were offloaded at the airport on Sunday morning shortly before take-off after the UK person was found to be infected by the coronavirus.

Later, he said the flight took off with 270 passengers.

"Runway was made available for departure for this delayed flight as there was no normal operation from 10 am to 6 pm due to the ongoing resurfacing project which will be completed only on March 28," he said. 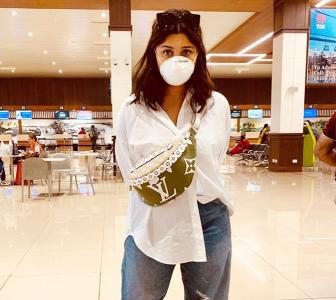 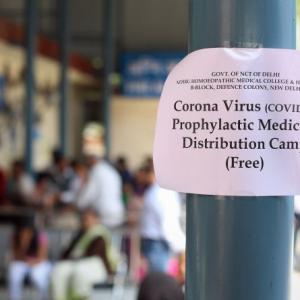